About 2,000 people, many of them members of Pittsburgh's Jewish community, held a protest march against Trump as his visit began 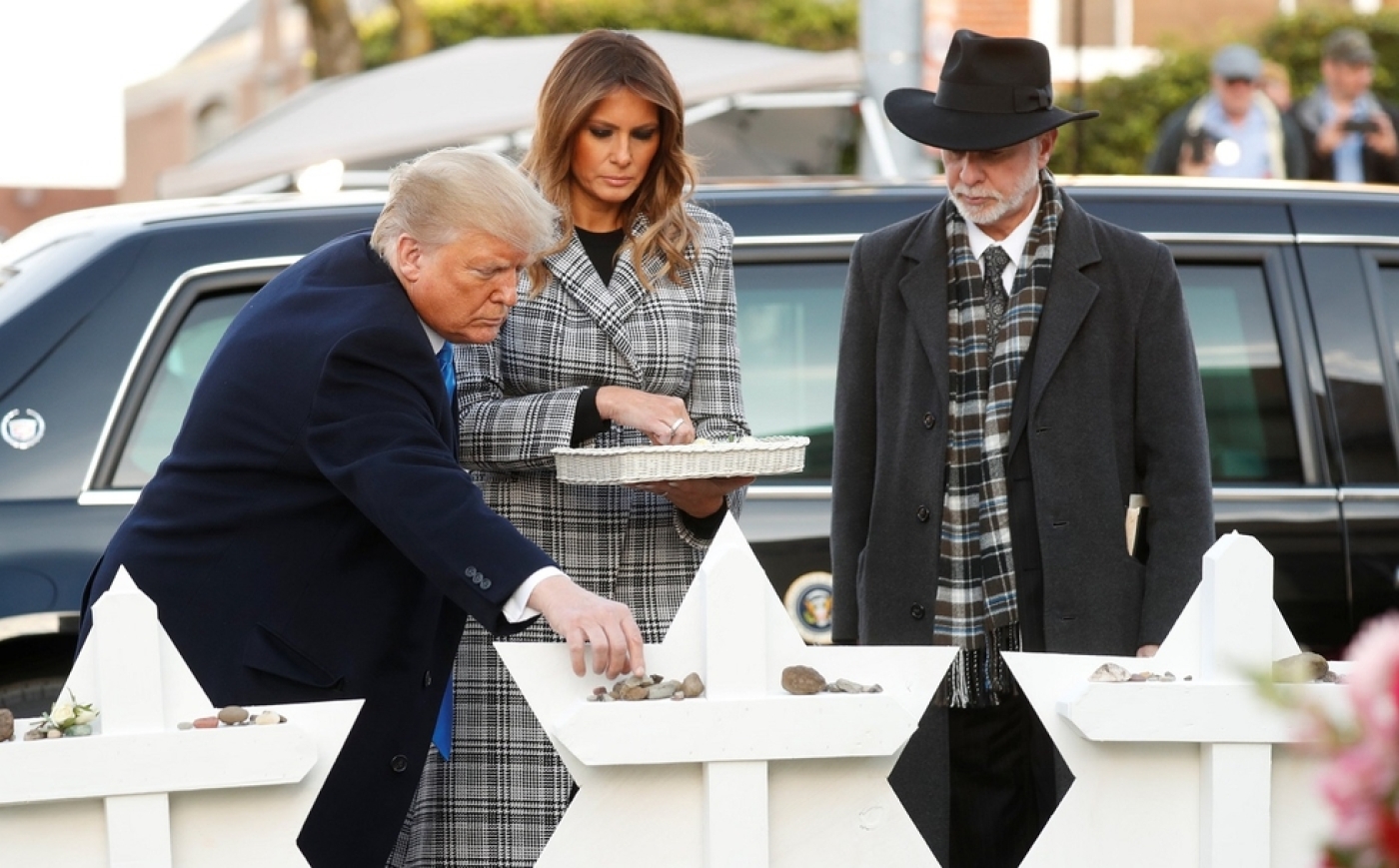 US President Donald Trump, shrugging off objections from some critics that he was unwelcome in Pittsburgh, offered his condolences on Tuesday at the synagogue where 11 Jewish worshippers were fatally shot over the weekend.

The president, whose opponents say he has stoked a toxic political climate conducive to acts of violence, paid a brief visit to the Tree of Life temple, the scene of Saturday's attack, accompanied by first lady Melania Trump.

They were greeted by Rabbi Jeffrey Myers, who led them inside the temple. Emerging about 18 minutes later, the president went to a memorial outside the building, where the first lady placed a flower and the president placed a small stone on a marker for each of the shooting victims.

About 2,000 people, many of them members of Pittsburgh's tight-knit Jewish community, held a protest march against Trump as his visit began, chanting, "Words have meaning," and carrying signs with slogans calling for unity, including: "We build bridges not walls."

Also joining Trump on his trip were Ivanka Trump and Jared Kushner, his daughter and son-in-law who are Jewish and serve as White House advisers.

The first funerals for the victims of the attack also were held on Tuesday.

More than 1,800 people, some from across the United States, came to pay respects to relatives of David Rosenthal, 54, and Cecil Rosenthal, 59, at Rodef Shalom, another synagogue in the Squirrel Hill district that forms the heart of the city's Jewish community. Police officers were posted outside the temple.

The two brothers, who lived at a home for people with disabilities, were among the 11 mostly elderly congregants killed when a gunman stormed into the Tree of Life synagogue and opened fire on worshipers, yelling, "All Jews must die."

The accused gunman, Robert Bowers, 46, was arrested after he was wounded in a shootout with police. He has been charged with 29 federal felony counts, including hate crimes, and could face the death penalty if convicted.

The attack has heightened a national debate over Trump's rhetoric, which critics say has contributed to a surge in white nationalist and neo-Nazi activity.

In fact, earlier this week, the lawyer of a man convicted with two others in a foiled plot to bomb an apartment complex housing Somali refugees in the US state of Kansas cited Trump's election rhetoric when requesting a more lenient sentence for his client.

"The court cannot ignore the circumstances of one of the most rhetorically mould-breaking, violent, awful, hateful and contentious presidential elections in modern history, driven in large measure by the rhetorical China shop bull who is now our president," attorney Jim Pratt wrote in a memo filed on behalf of the convict, Patrick Stein, on Monday.

Trump had called for a complete ban on Muslims entering the US during the presidential campaign.

Describing Stein as an "avid supporter" of Trump, Pratt said the heated rhetoric of the 2016 election campaign turned a person like him, who is normally a seven out of 10 on the political spectrum, to an 11.

The Trump administration has rejected the notion that he has encouraged the far-right extremists who have embraced him. 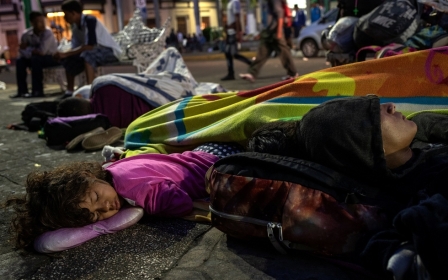 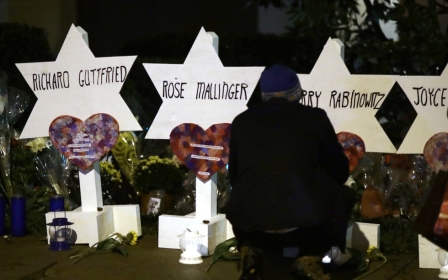 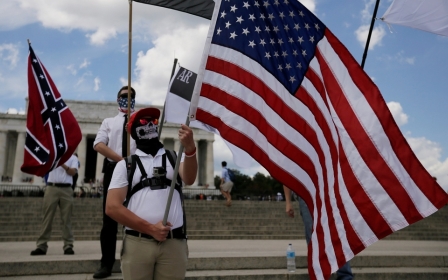