Trump's Middle East tour: Can he reset his presidency?

From Saudi's war in Yemen to the Israel-Palestine conflict, Trump's first foreign visit is fraught with challenges 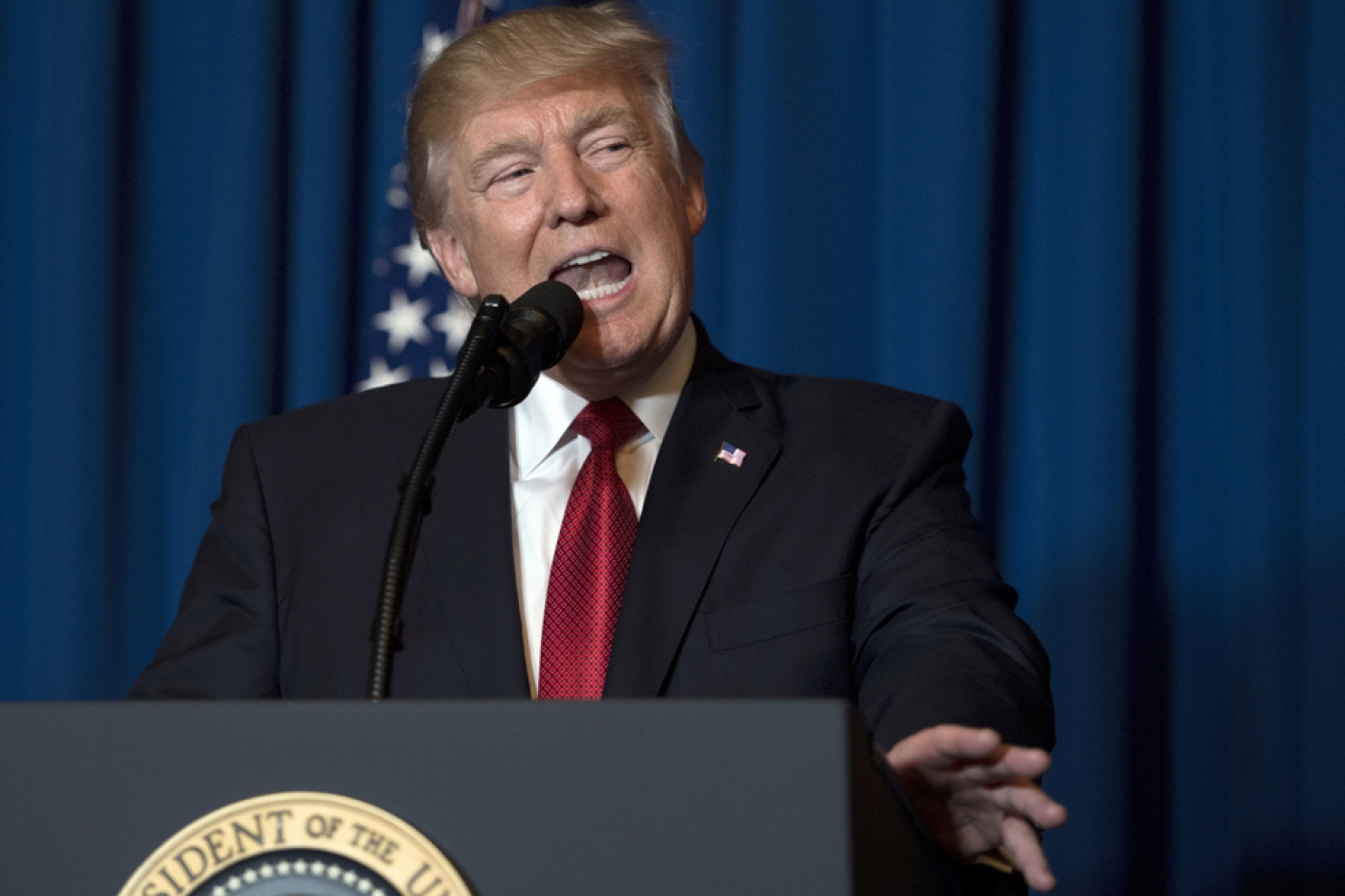 But Donald Trump is no ordinary president. He has not made visits to his neighbours, Canada or Mexico, and instead is plunging into Middle East politics with sit-downs in Saudi Arabia, Israel and Palestine before heading to meet European leaders.

He will be hounded throughout the nine-day slog by allegations that his recent sacking of FBI director James Comey was really a bid to derail investigations into his campaign team colluding with Russia and swinging the 2016 election his way. A Republican strategist, speaking on condition of anonymity, told Reuters that Trump needed a strong foreign trip “to turn the page” on scandals over Kremlin-backed hackers and show that his White House “isn’t becoming a circus of errors”.

With that in mind, a Middle East trip is no cakewalk. Trump’s foreign counterparts will be looking for signs on where he stands on Saudi Arabia’s war in Yemen, how tough he will treat Iran and whether he will play an even-handed role in the Israel-Palestine dispute.

He may also have to walk back some of his “America First” election campaigning by showing solidarity with long-time US allies, Saudi Arabia and Israel. The same goes during talks with wary European leaders at a NATO summit in Belgium and heads of the G7 big economies in Sicily.

But there is an easy way for Trump to play the trip: focus on building personal relationships with his hosts and leave tough policy questions for later, said Frederic Hof, former president Barack Obama’s envoy for the transition in Syria.

Obama’s July 2015 nuclear deal with Iran irked US allies in Israel and the oil-rich Gulf, which views Tehran as a menace. Now, the Trump team wishes to “build relationships” that were “permitted to deteriorate” under Obama, Hof told Middle East Eye.

“I don’t know that there is a great deal that’s going to be accomplished in terms of substance in all of this, but I don’t wish to downplay it at all because relationships of trust and confidence are the essence of successful diplomacy,” Hof added.

For Matthew Hoh, a former State Department official who resigned over US policy in Afghanistan, Trump has already strayed from the economic nationalism of his campaign to a more typical Republican foreign policy.

Relationships of trust and confidence are the essence of successful diplomacy

“If Trump were really honouring his campaign commitments to the American workers, he would be going to Mexico or China to do something for the economy, jobs and trade,” Hoh, a scholar at the Center for International Policy, a left-wing think tank, told MEE.

“Instead, he’s going to sell weapons to the Saudis, honour his commitments to Israel and wrangle whatever concessions he can from [Palestinian President Mahmoud] Abbas and the crooked Palestinian Authority.”

On Friday, Trump will depart for Riyadh for talks with King Salman and other top royals that are expected to cover a multi-billion dollar weapons purchase and Riyadh’s war in neighbouring Yemen, which has ground down to a bloody stalemate.

Trump’s National Security Adviser HR McMaster said the former businessman would also “deliver an inspiring, direct speech on the need to confront radical ideology” at a gathering of dozens of leaders from across the Muslim world.

Trump is an unlikely messenger for inter-faith harmony. He campaigned vowing to ban “all Muslim immigration” to the US and, once in office, sought to impose a travel ban on several Muslim-majority countries, before his order fell foul in US courts.

Thomas Donilon, Obama’s national security adviser from 2010-13, told MEE that a Saudi visit underscores Trump’s priorities – to defeat the Islamic State (IS) group that is losing ground in Iraq and Syria and “confront Iran much more directly than the Obama administration did”.

Vali Nasr, a US State Department advisor and Johns Hopkins University scholar agreed that Iran topped Riyadh’s bucket list. The Saudis want a U-turn from Obama-era disengagement from the Middle East and overtures of détente to Iran.

“The biggest danger of his travelling to Saudi Arabia is that he may, after an hour of fabulous meeting or dinner with [deputy crown prince] Mohammed bin Salman and King Salman, come out and in front of them say something that could be escalatory in the region,” Nasr told MEE.

'Washington, DC is full of neoconservatives in prestigious think tanks who cannot get their minds off this religious, end-of-times battle with Iran. And they’ve filled out a lot of jobs in the Trump administration'

“That’s what they would want. That kind of captive audience with the president these days is actually a dangerous proposition.”

Trump’s critics describe a president with limited understanding of world affairs and a short attention span for intelligence briefing notes that lack pictures or maps. His Middle East policy is a re-run of George W Bush’s years in the West Wing, said Hoh.

“Washington, DC is full of neoconservatives in prestigious think tanks who cannot get their minds off this religious, end-of-times battle with Iran. And they’ve filled out a lot of jobs in the Trump administration,” Hoh told MEE.

On Wednesday, the White House renewed sanctions relief for Iran, a sign that Trump will stick with Obama’s nuclear deal with Tehran and other powers, which eased sanctions in exchange for limits on uranium enrichment and other curbs.

This may not hold, Ian Bremmer, president of the Eurasia Group, a risk consultancy, told MEE.

“Without a crisis, the Iran deal looks pretty good to me. But [the Trump administration’s] commitment to it, if they start getting shaky, domestically or internationally, is a very different story,” said Bremmer.

Trump in Israel and Palestine

After Saudi Arabia, Trump will head to Jerusalem, where he will meet Prime Minister Benjamin Netanyahu and visit the Vad Yashem memorial to the Holocaust. The next day he will pray at the Western Wall, one of Judaism’s holiest sites.

That same day, he will meet Palestinian leader Mahmoud Abbas in Bethlehem on the West Bank “where he will convey his administration’s eagerness to facilitate an agreement that ends” the Israel-Palestinian conflict, said McMaster.

Trump initially promised to move the US embassy in Israel from Tel Aviv to Jerusalem, in line with Israel’s claim that it has rights to the Holy City. Analysts now question whether he will make such a major policy announcement during this visit.

Robert Danin, a 20-year State Department veteran and analyst at the Council on Foreign Relations think tank, said that Netanyahu is increasingly troubled by Trump’s call that he reign in settlement-building in the West Bank.

Everyone, in these early days, is doing a delicate dance to try and accommodate the president’s desire to reach peace

“The fact that in the first 120 days of this administration, the president has gone from appointing an ambassador [David Friedman] to Israel who’s friendly to the settler movement, to a position where he now calls for settlement restraint on a road to the ultimate peace deal, is something that has caught the Israeli government by surprise,” Danin told MEE.

Trump has spoken of his desire to clinch the world’s biggest peace deal and has tasked his adviser and son-in-law Jared Kushner with negotiations. To prepare for the trip, he has met with briefers including McMaster, Secretary of State Rex Tillerson and Defence Secretary James Mattis.

But Israel’s hawkish, right-wing government and disunity among Palestinians have led many analysts to conclude that the hurdles that blocked progress on peace talks during Obama’s years are more significant today.

“Everyone, in these early days, is doing a delicate dance to try and accommodate the president’s desire to reach peace and suspend what is a certain degree of disbelief that a deal can be reached,” added Danin.

After Jerusalem, Trump will head to the Vatican for an audience with Pope Francis. The US leader will celebrate the contributions of Catholics to America and the world, discuss diplomatic issues with the pontiff and tour St Peter’s Basilica.

After the Vatican, the trip takes a secular turn with a visit to Belgium to meet European Union officials and attend the NATO summit on 24-25 May. He then heads to Italy and the island of Sicily for the G7 summit on 26-27 May 26. 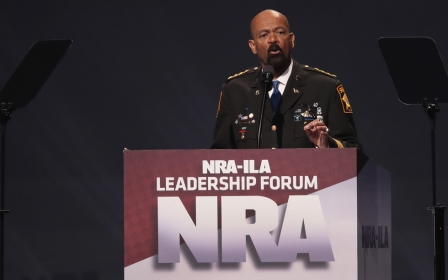