90-day ban on visitors from Iran, Libya, Somalia, Sudan, Syria and Yemen, and a 120-day ban on refugees now in force after court decision 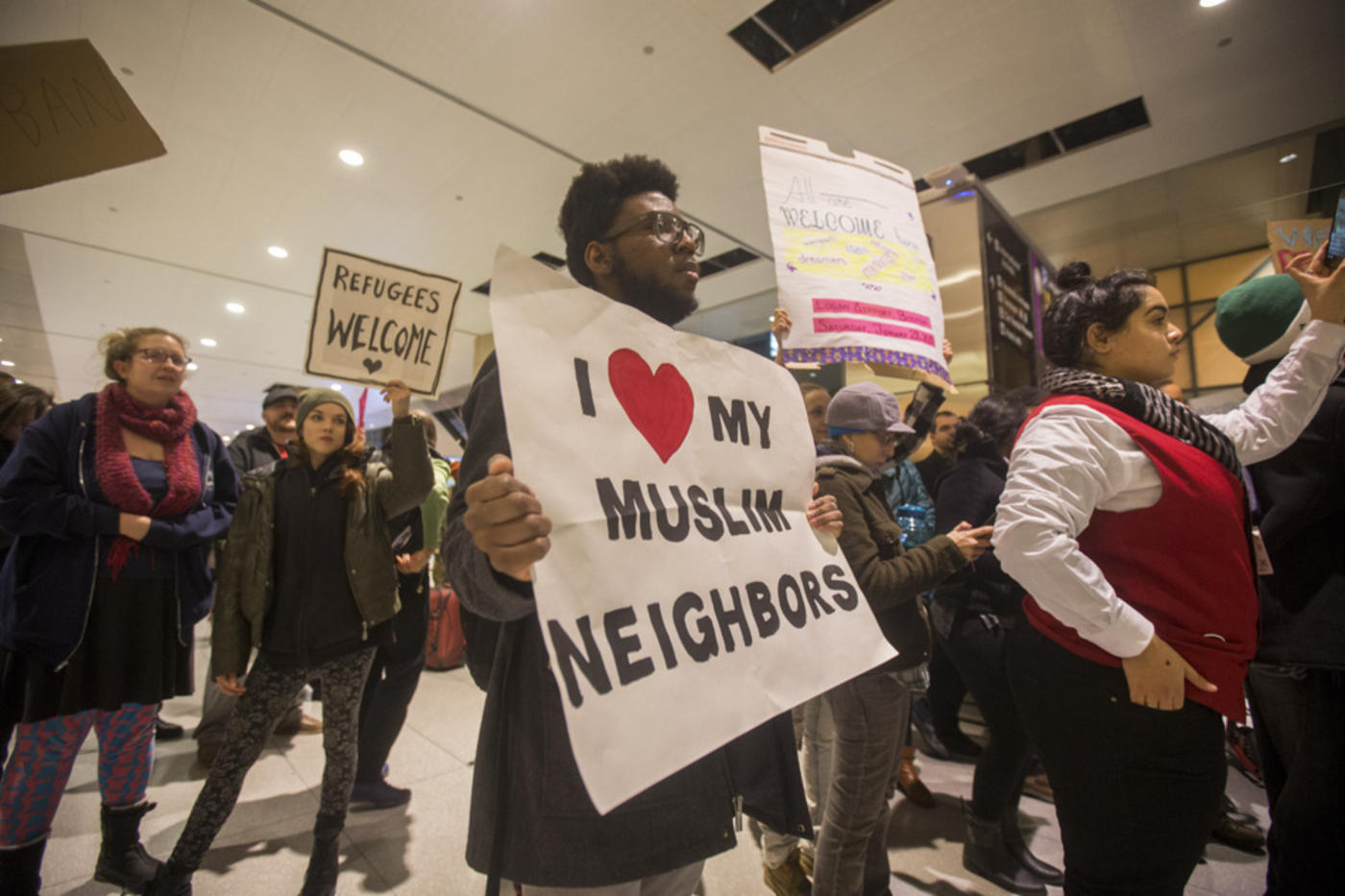 Trump claims the court ruling as a victory (AFP)
By
AFP

Donald Trump's ban on refugees and travellers from six mainly Muslim countries went into effect late on Thursday, after a Supreme Court decision allowed it to go forward following a five-month battle with rights groups.

The US president says the temporary ban is necessary to block terrorists from entering the country, but immigrant advocates charge that it illegally singles out Muslims.

'We expect business as usual at the ports of entry'

The 90-day ban on visitors from Iran, Libya, Somalia, Sudan, Syria and Yemen, and a 120-day ban on refugees, will allow exceptions for people with "close family relationships" in the US.

But activists said the government has defined that too narrowly, excluding relationships with grandparents and grandchildren, aunts and uncles and others.

And many were concerned about a possibly chaotic roll-out of enforcement of the ban, like that in January when it was first announced.

Immigration rights activists and lawyers were waiting to help arrivals at New York's John F Kennedy airport and other airports to be sure those from the six countries with valid US visas were allowed in after the ban went into effect at 8pm Thursday Eastern time.

The Muslim ban is back. pic.twitter.com/QxwZsUN6fk

The Department for Homeland Security, which was heavily criticised for mishandling many arrivals when the ban was first attempted in January, promised a smooth roll-out this time.

It stressed that anyone with a valid visa issued before the ban begins would still be admitted, and that all authorised refugees booked for travel before 6 July will also be allowed.

"We expect business as usual at the ports of entry starting at 8pm tonight," said a homeland security official. "Our people are well prepared for this."

The Trump administration insists the ban was necessary to protect the country from terrorism threats, and to give immigration authorities more time to tighten vetting of travellers and refugees.

"As recent events have shown, we are living in a very dangerous time, and the US government needs every available tool to prevent terrorists from entering the country and committing acts of bloodshed and violence," a senior administration official said on Thursday.

But implementing it, even with exceptions, was also claimed as a political victory by Trump, after federal appeals courts twice blocked his order saying it violated constitutional protections of religion and overshot his own presidential powers.

Immigrant rights groups and Democrats in Congress continued to label Trump's order "illegal" and said the exemptions provided in a court ruling on Monday remained unfair.

'We are living in a very dangerous time, and the US government needs every available tool to prevent terrorists from entering the country'

According to guidelines issued by the State Department, people with "close family relationships" would be exempt from the ban. It defined that to include parents, spouses, children, sons- and daughters-in-law, siblings and step- and half-siblings.

But "close family" does not include grandparents, grandchildren, aunts, uncles, nieces, nephews, cousins, brothers-in-laws and sisters-in-law, fiances and any other "extended" family members, the guidelines say.

People with formal relationships with a US entity - who have for instance been offered a job or been accepted to study or lecture at a university - will also qualify for visas during the ban. But a hotel reservation, even if already paid for, does not qualify.

Even as travel officials across the US were making final preparations for putting the ban into place, opponents were preparing new legal manoeuvres.

U.S. now bans Iranian grandmothers from seeing their grandchildren, in a truly shameful exhibition of blind hostility to all Iranians.

Late on Thursday, Hawaii asked the federal district judge, Derrick Watson, to clarify the scope of the travel and refugee bans in the Pacific island state - and who, specifically, the ban refers to when stating that only an immigrant's close family members can travel to the US.

"In Hawaii, 'close family' includes many of the people that the federal government decided on its own to exclude from that definition," said Douglas Chin, the attorney general.

"Unfortunately, this severely limited definition may be in violation of the Supreme Court ruling."

Bennie Thompson, a Democrat in the House of Representatives, blasted the government for a "lack of preparation and transparency" in putting the ban into place.

"Just hours before the president's unconstitutional and misguided travel ban takes partial effect tonight, administration officials briefing Congress were unwilling or unable to provide meaningful answers about how they determined whom the ban would affect," said Thompson, the senior Democrat on the homeland security committee.

Rama Issa, the executive director of the Arab American Association of New York, said the government was redefining what a family is.

"I was raised by my grandparents, so the idea of grandparents not being part of a family is very foreign to me," she said at JFK airport.

"I'm engaged to get married. I have family who lives in Syria today - not only my father, but my aunts and uncles who I would love to be at this wedding, and unfortunately are not going to be able to be here."