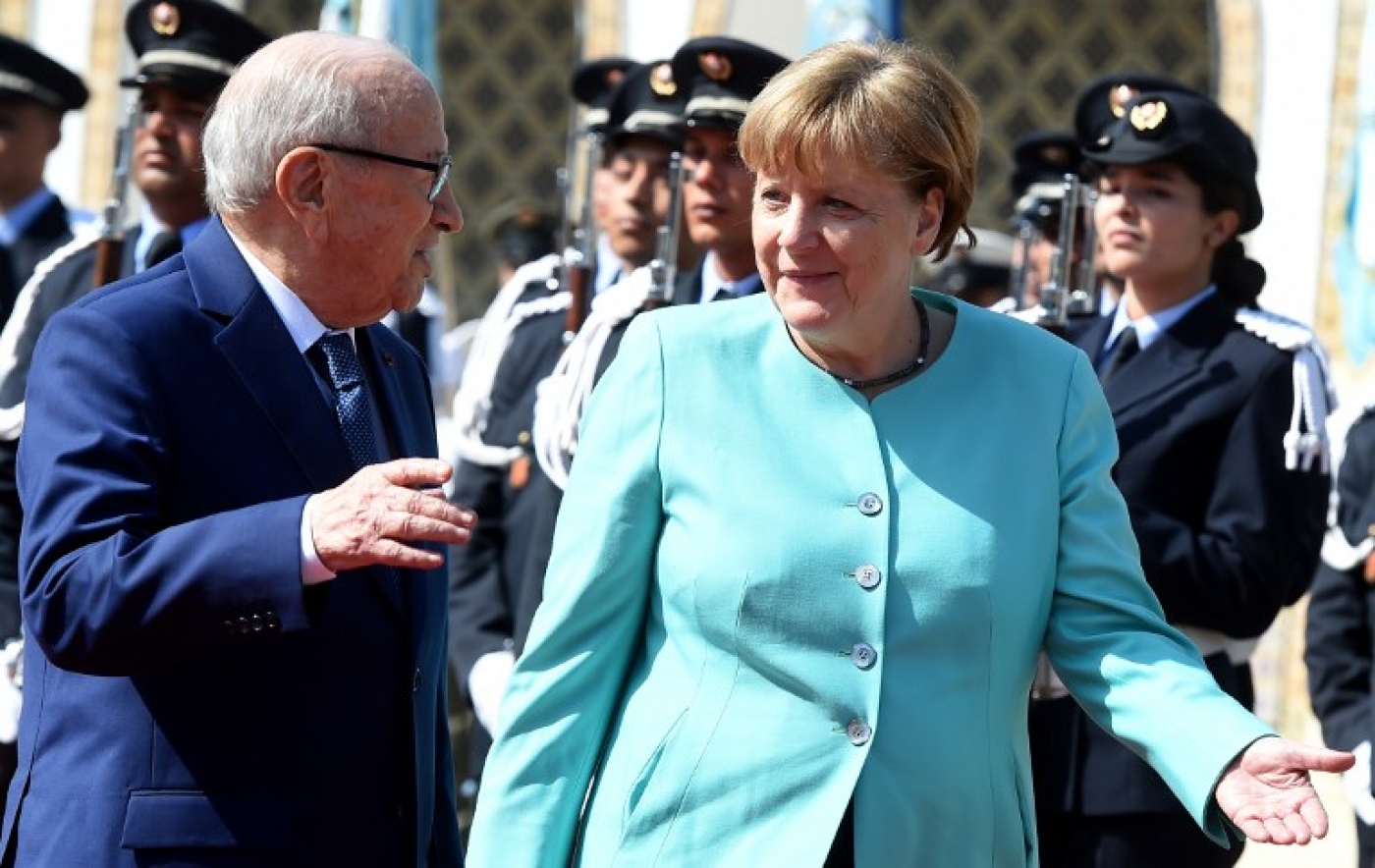 Tunisia and Germany have announced a new agreement on tackling illegal migration, during a visit on Friday by German Chancellor Angela Merkel.

The accord follows frictions between the two countries over the case of a Tunisian rejected asylum seeker who was blamed for the truck rampage at a Berlin Christmas market in December which killed 12 people.

'This is good news for us'

Merkel, on a two-day trip which also included a stop in Egypt, said Germany and Tunisia agreed on speedier repatriations for rejected asylum seekers and job training for Tunisians.

"We agreed that questions on identities (of Tunisian asylum seekers) from Germany will be answered within 30 days," she said. "We will also help Tunisia to set up a registration system. Replacement passports are then meant to be issued within one week."

"This is good news for us," German news website DW reported Merkel as saying after the agreement's announcement.

Germany has previously said that Tunisian bureaucratic delays meant it could not expel Anis Amri, the Tunisian suspect in the Berlin attack - even though his asylum application had been rejected six months earlier. Anis was shot dead by Italian police in late December.

"The funds are for rural development, small and medium enterprises, but mainly for youths... who especially need job training and employment opportunities," she said.

The agreement for Germany to provide expanded aid came after initial discussions during Tunisian Prime Minister Youssef Chahed's visit to Berlin in February.

Merkel, who has been weakened by her open-door migrant policy which has allowed more than a million refugees into Germany during the last two years, is trying to reassure German voters about security and the refugee crisis before a federal election in September.