Tunisian Interior Minister Najem Gharsalli speaks during a press conference on July 12, 2015 in Tunis (AFP)
By
MEE and agencies

Three leaders of an al-Qaeda-linked group blamed for a spate of violence in Tunisia were among five "terrorists" killed last week in a security raid, the interior minister has said.

Najem Gharsalli said the three fighters were "heavyweights" from the Okba Ibn Nafaa Brigades, which had been blamed for the March attack on the Bardo National Museum.

The assault, which left 21 tourists and a policeman dead, was, however, claimed by the Islamic State (IS).

"The operation carried out on Friday by our security forces in cooperation with the army in the region of Gafsa resulted in the elimination of five dangerous terrorists, including three senior leaders" of the Okba Ibn Nafaa Brigades, Gharsalli said late on Sunday.

"They were heavyweights, not ordinary [members]," Gharsalli told a news conference.

"This operation broke the spine of Okba Ibn Nafaa Brigade."

The three were named as Tunisians Mourad Gharsalli and Hakim Hazi, and Algerian national Lounis Abou Fath. The other two people killed have not yet been identified.

The group was plotting to carry out "a wave of operations" said the interior minister.

In the past four years, dozens of security forces in Tunisia have been killed in clashes and ambushes attributed to armed groups, mainly in the western Chaambi Mountains on the border with Algeria.

Tunisian authorities have said that Okba Brigades’ chief, Lokmane Abou Sakr, who was killed in a special forces raid in Gafsa in March, was behind the attack on the Bardo.

IS, however, claimed responsibility for the museum attack as well as a beach massacre last month that left 38 tourists dead.

"There is no presence yet in Tunisia of a structured organisation such as Daesh," the interior minister said, referring to IS by an alternate name.

"But this does not prevent the existence of some elements who have pledged allegiance to Daesh," he added.

Tunisia has seen a surge in militant violence since veteran president Zine El Abidine Ben Ali was ousted in a 2011 revolution. 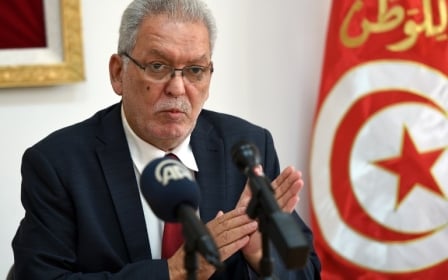 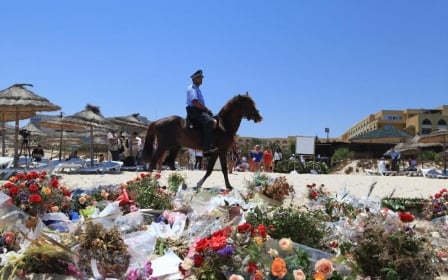