The Tunisian government has announced a series of "imminent and urgent" measures aimed at calming a wave of violent protests that has spread across the country since the weekend.

Under the scheme, a further 1,400 unemployed people will also be given work as part of a pre-existing programme.

Despite the government's pledge to improve conditions, including by increasing spending on social housing and doing more to combat corruption, unrest continued to simmer overnight into Thursday.

A police officer was killed on Wednesday night when the car he was travelling in overturned during attempts to disperse a demonstration in Firyanah, a small town close to the Algerian border.

Following the accident, protesters set upon the officer, throwing stones at him, according to a press statement by Interior Ministry spokesperson Walid al-Waqini.

Over 200 protesters have received hospital treatment for tear gas inhalation and other injuries, although the Interior Ministry on Wednesday night denied using rubber bullets to disperse demonstrations.

Anti-government protests had spread nationwide on Tuesday and Wednesday after demonstrations began on Saturday in one of the country’s most deprived provinces.

Angry protests broke out in the western province of Kasserine on Saturday after the death of an unemployed young university graduate, named locally as Ridha Yahyaoui.

Yahyaoui had climbed a telegraph pole and threatened suicide after learning that he had been removed from a shortlist of names for employment.

While at the top of the pole he became entangled with the wires and died by electrocution, local news site Tunisia Live reports.

On Wednesday, the fourth day of protests, Tunisian police fired tear gas and water cannon to disperse hundreds of demonstrators in the town.

The demonstrators gathered outside local government offices demanding a solution to the region's dire unemployment before heading towards the town centre, as small groups set up roadblocks with burning tyres.

Witnesses said police used tear gas and water cannon and fired warning shots in the air as they came under attack from stone-throwers.

Regional health authority chief Abdelghani Chaabani said eight police were injured in Kasserine as well as another 11 in nearby Thala, a day after clashes on Tuesday in which 20 protesters and three police were lightly hurt.

Yahyaoui’s death has ignited anger about ongoing poverty and lack of opportunities, with many drawing parallels to the death of Mohamed Bouazizi, a vegetable seller who set himself on fire in 2010 after being harassed by a municipal official.

Man sets fire to himself

On Wednesday afternoon a man in Sfax, a coastal city in the southeast of the country, committed suicide by setting himself on fire in a further echo of the 2011 uprising.

The man, who has not been named, set fire to himself and his car at the city’s port after police confiscated suspected contraband he had been selling.

Nineteen members of the security forces have also been injured in Kasserine, according to local radio station Jawhara FM.

Protests have spread throughout towns neighbouring Kasserine, as well as to the capital 280 kilometres away, where demonstrators took to the streets for a second day on Wednesday shouting “Work, freedom, dignity”.

There were reports that an office owned by the ruling party, Nidaa Tounes, was set on fire by protesters overnight on Tuesday despite a curfew being in place.

The Tunisian cabinet held an emergency meeting on Wednesday to discuss the crisis, attended by Kasserine governor al-Shadali Bouillaq.

However, Tunisian Prime Minister Habib Essid did not attend the meeting.

Thousands of Tunisians gathered last week to mark the fifth anniversary of the 2011 revolution.

A young man attending the ceremony in Tunis told Middle East Eye there was "disenchantment" for many surrounding the memory of the revolution.

"Tunisia still has to get out of the stagnation suffered under the 23 years of the Ben Ali regime. There are galling things which are happening in the political, economic and security spheres." 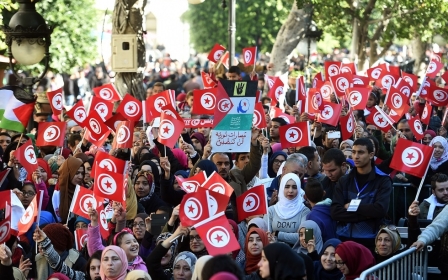 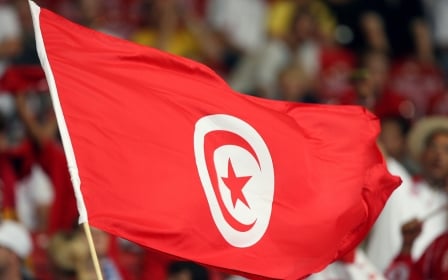