Tunisia: How can past crimes be reconciled with building the future? 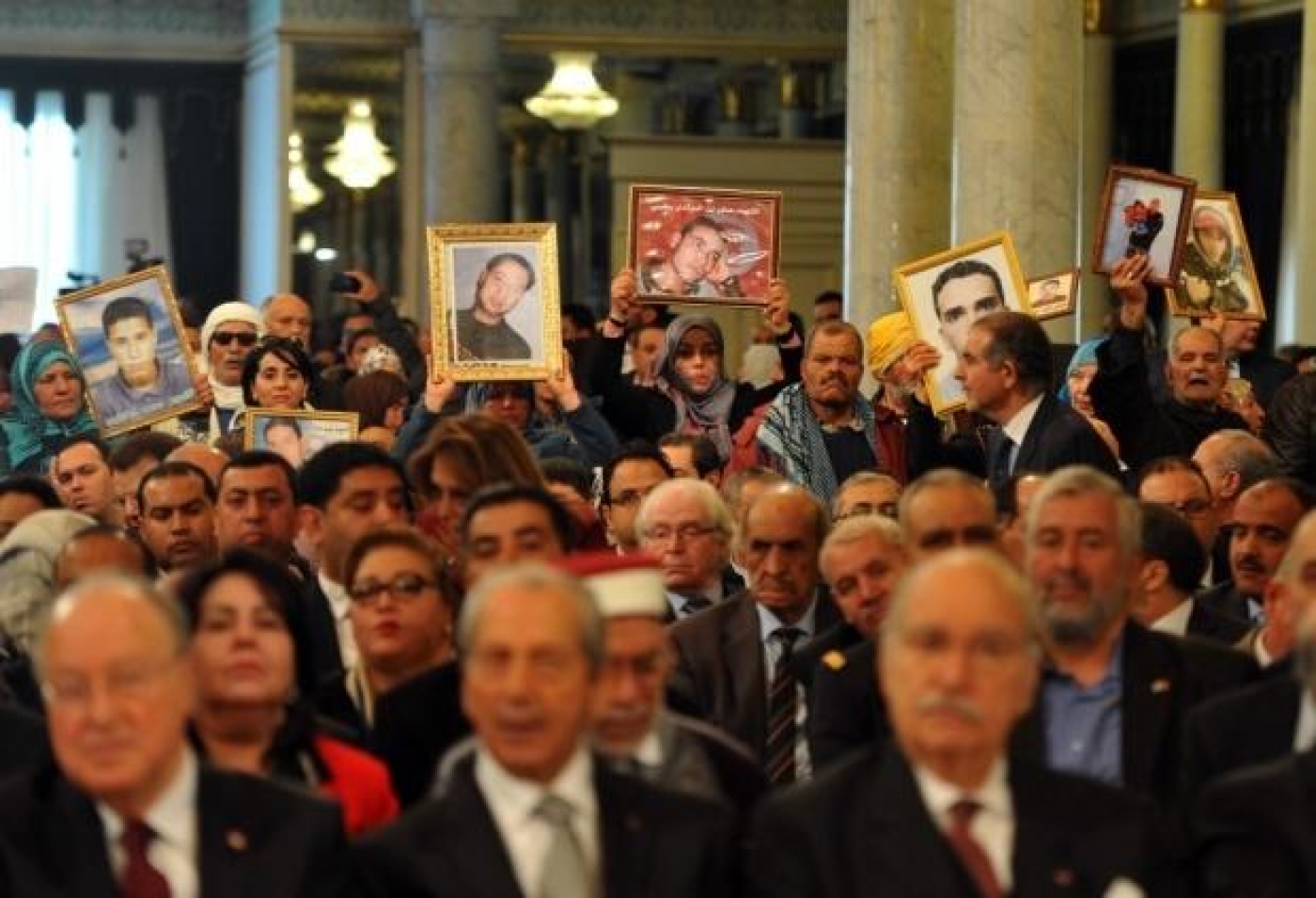 Following a presidential proposal, the national reconciliation bill on economic and financial offences was approved by the Council of Ministers on 14 July. Although it has not yet reached the Assembly of Representatives of the People (ARP), who have to examine it and vote on it, it is already the subject of intense debate.

The bill proposes granting an amnesty to anyone who committed economic and financial offences under the Ben Ali regime and the troika, the coalition government that ran the country between 2012 and 2014, led by the Islamist party, Ennahda.

Backed by President Beji Caïd Essebsi himself and his party, Nidaa Tounes, and also by the businessmen community, the national reconciliation bill has mostly drawn criticism from human rights advocates and supporters of transitional justice.

“The president’s office is proposing an amnesty for people who broke the law and is neither demanding any accountability nor requiring them to answer for their actions,” says Sihem Bensedrine, who condemns the law as going against the constitution. “What’s more, the arbitration body to be set up will be under the tutelage of the executive. Where is the independence?” adds Bensedrine, who is the president of the Truth and Dignity Unit (Instance vérité et dignité - IVD), an independent body formed by the organic law of December 2013 relating to the implementation and organisation of transitional justice. IVD is responsible for identifying the people responsible for breaches of the law during the period from 1 July 1955 to December 2013 and securing justice for victims.

Shedding light on the past

Transitional justice has a special purpose. It aims to gain better knowledge of the past in order to improve the future. It is a long process of fighting against impunity and human rights violations which is based on four pillars: the right to know, the right to justice, the right to reparations and the right to guarantee that there will be no repeat of offences.

Accordingly, the definition enshrined in the organic law of December 2013 includes the following as objectives: truth, restoration of human rights, national reconciliation and the preservation of memory to avert a return to authoritarianism.

This bill “is an attempt to sabotage the IVD with legislative tools and initiatives in order to paralyse it little by little and prevent it from fulfilling its mandate within the time-frames laid down by law,” declares Bensedrine, who is disappointed that IVD was not asked to help devise the bill. “Furthermore, for two months we have been waiting for a governmental decree to be signed to allow us to progress with our work, so we have been hindered in our mission,” she adds.

On the other side, the Tunisian Union of Industry, Commerce and Craft (Union tunisienne de l’industrie, du commerce et de l’artisanat - UTICA) applauds the economic reconciliation bill, believing that it encourages economic recovery. UTICA claims that the amnesty will relieve some businessmen of the burden of proceedings and thus enable them to pursue their business, notably by lifting the current ban on them leaving the country. That is the argument put forward by most economic operators and some parties.

Article 11 of the bill proposes lifting “proceeding and rulings and [not] imposing sentences given to civil servants and associated people for financial misappropriation, except for corruption and embezzlement”.

“Businessmen who have not been tried, and who have been accused of fraud, are blocked,” says Chokri Jarraya, a businessman and UTICA member. “Trials that began in 2011 have been dragging on too long, at a time when the country needs growth to clear up unemployment and increase security. The reconciliation law will make it possible to put all files on the table and deal with them on a case by case basis.”

The idea of economic reconciliation is mostly inspired by Morocco’s 2014 tax amnesty on foreign assets. According to the Moroccan government, this has exceeded all hopes and led to the repatriation of, in just one year, more than 1 billion euros (12 billion dirhams).

Transitional justice to be abandoned?

“How about moving on from the past and looking to the future,” said Béji Caïd Essebsi in a television interview. “The revolution is five years old, for how long is it going to go on? The reconciliation bill has to be accepted by everyone.” He stressed, however, that the law will not apply to members of the Ben Ali family, such as Slim Chiboub, the former dictator’s son-in-law who returned to Tunisia in November to contest rulings regarding him. He has been jailed in Tunis since then.

Put forward by Nidaa Tounès, the leading political force in the country, the bill will be brought before deputies in a few weeks to be studied before a vote is held. It is giving rise to a lot of fears in Tunisian society. Will the gains of the revolution be cast away?

Some civil society organisations and political figures “think that, potentially, making concessions to financial criminality could pave the way for handling political cases,” explains Sayida Ounissi, a deputy from the Ennahda party.

Nevertheless, with regard to human rights violations, previous trials have already ended in dismay for for many victims’ families. The “trial of the martyrs and casualties of the revolution” of Thala and Kasserine, Grand Tunis and Sfax, undoubtedly among the most symbolic, resulted in appeals for lighter sentences and the liberation of several people who were high-raking security officials under Ben Ali (in April 2014). Victims’ families led violent protests against the ruling of the military appeals court, denouncing “a charade with far too lenient sentences” for people responsible for violations.

Last May, the decree law allowing the confiscation of the assets of Ben Ali and those close to him was overturned in court. After being contested in Tunis’ administrative court by nine of the 114 people involved, including Belhassen Trabelsi, Ben Ali’s brother-in-law, the decree was deemed invalid on the grounds that it had not been approved by either the 2011 or the 2014 parliament. The decision was widely criticised after all the efforts that had been made to trace the various assets - furniture, buildings, jewellery and so on - of the Ben Alis and those close to them. The government intends to appeal against this decision.

“When it comes to transitional justice, Nidaa Tounès wants to rock the boat as little as possible,” says the Ennahda deputy Sayida Ounissi. “It has a more restrictive outlook. The law on transitional justice drawn up under Ennahda was not about one section of society taking revenge on another and that is why it took time to devise. It would be a pity to cause an inclusive process to fail.” Ounissi did not, however, express an opinion on the Nidaa Tounès bill.

“What IVD are doing is not granting a general amnesty but looking at each case individually following a process of assigning responsibilities with the ultimate aim of guaranteeing that there will be no repeat [of breaches of rights],” declares Bensedrine.

What she is most concerned about is not the clemency shown to businessmen but the threat to institutional reform. Because a commission within the independent unit was tasked with putting forward reforms of the system in place with a view, in particular, to reducing the corruption that is endemic in certain sectors. The concern, then, is that future generations could be deprived of the reform of institutions and the preservation of memories and strengthening of transparency that are needed to build the Tunisia of tomorrow.

Note: This article has been translated from MEE's French website.