After learning of the man’s death, protesters broke into a number of state buildings, targeted businesses and blocked some roads (Fethi Belaid/AFP)
By
Yasmina Allouche

The Tunisian army has been deployed to the town of Sbeitla in the Kasserine governorate after riots broke out following the death of a kiosk-owner in the early hours of Tuesday.

The 52-year-old man, who has yet to be identified, died after the roof of his kiosk collapsed on top of him after the municipality carried out demolition works on a number of buildings, Kasserine governor Mohamed Semcha said.

The governor confirmed that the National Guard's Investigation Brigade was tasked with conducting an inquiry and the Kasserine Magistrates Court spokesperson, Riadh Nouioui, confirmed a case has been opened to determine who was responsible for the man’s death.

The man was aware of the demolition decision, but decided to spend the night in the kiosk he owns with his son in order to prevent the operation. Municipal officials who executed the demolition order were reportedly not aware that there was someone in the kiosk.

After learning of the man’s death in the morning, protesters broke into a number of state buildings, targeted businesses and blocked some roads by lighting tyres on fire.

The man’s death has been compared to the death of street vendor Mohammed Bouazizi whose self-immolation on 17 December 2010 ignited the so-called Arab Spring.

Following the riots, Semcha and the delegate of Sbeitla were dismissed, along with the head of the Sbeitla security district and the head of the municipal police station.

Prime Minister Hichem Mechichi has requested the Interior and Local Affairs Ministers, Taoufik Charfeddine and Chokri Ben Hassen, to visit Sbeitla “to provide the necessary material and moral support to the family of the victim”.

Since 2011, the governorate has seen a number of protests due to high poverty levels in the region and ensuing threats from extremist groups active in the area.

More than 165,000 jobs have been lost in Tunisia since the onset of the coronavirus pandemic, according to employers’ federation UTICA, with many Tunisians - particularly those with small businesses - desperate to hold on to work in the face of bankruptcy.

Unemployment rates have risen to 18 percent, with the United Nations predicting it could reach 20 percent by the end of this year in light of Tunisia’s shrinking economy, and the country's GDP has shrunk by 21.6 percent.

According to official figures published on Tuesday, Tunisia’s trade deficit, one of the main problems facing the country as it grapples with the economic crisis, fell to $3.7bn in the first nine months of 2020 and both imports and exports have declined.

Last month, parliament approved a new technocratic government that has been tasked with tackling the deep social and economic woes in the North African country. 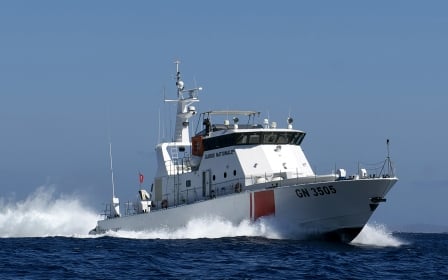