Tunisian policemen stand guard on Habib Bourguiba Avenue in the capital Tunis (AFP)
By
MEE and agencies
Tunisia said on Thursday it is lifting a nationwide nighttime curfew imposed last month after the worst social unrest witnessed in the country since its 2011 revolution.
"In light of the improvement in the security situation, it was decided that from Thursday... the curfew on all Tunisian territory will be lifted," the interior ministry said in a statement.
The curfew was imposed after protests that started in the central town of Kasserine, where an unemployed man was electrocuted during a 16 January demonstration over the lack of economic prospects in the region.
The unrest - the worst since the uprising five years ago that ousted longtime leader Zine El Abidine Ben Ali - spread to several other towns and to Tunis where shops were burned and looted in one suburb in the night of 21 January.
The authorities announced the curfew the next day, and protests ebbed after continuing for a while in Kasserine and the nearby town of Sidi Bouzid, the cradle of the 2011 revolution.
Tunisia in November imposed another night-time curfew in the capital and suburbs after a deadly bus bombing claimed by the Islamic State (IS) militant group. It was lifted in December.
Following the 24 November suicide attack that killed 12 presidential guards, the government also declared a nationwide state of emergency, which remains in place.
While Tunisia is considered a rare success story of the 2011 regional uprisings known as the Arab Spring, the authorities have failed to resolve the problems of social exclusion and regional inequalities.
Prime Minister Habib Essid last month said he had "no magic wand" to solve unemployment which is more than 15 percent nationwide and 32 percent for university graduates.
Tunisia's economy grew last year by less than 0.3 percent, Economy Minister Slim Shaker said Tuesday. He said he hoped for growth of 2.5 percent this year.
Tunis shopkeepers and restaurant owners lost business under the latest curfew - the second to be imposed on the capital and its suburbs since November.
The North African country lost more than a third of its tourism revenues in 2015 after attacks targeting the vital sector claimed by IS.
Two IS attacks last year killed 59 foreign tourists, badly shaking an industry that accounts for seven percent of the country's gross domestic product.
Militant violence and social unrest has kept investors away, with La Presse newspaper reporting Wednesday more than 300 foreign investors have left Tunisia since 2011.
"The climate in Tunisia does not encourage investment," President Beji Caid Essebsi said in a televised interview Wednesday.
"We have to take reality as it is. The head of the government said he had 'no magic wand'. It's true. But a lot can still be done," he said. Media
Tunisian government 'giving up' on journalists missing in Libya 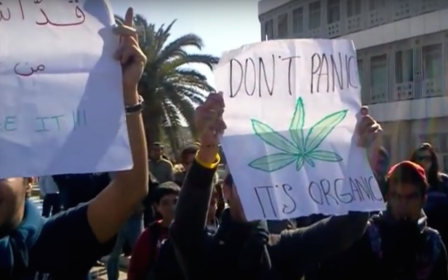