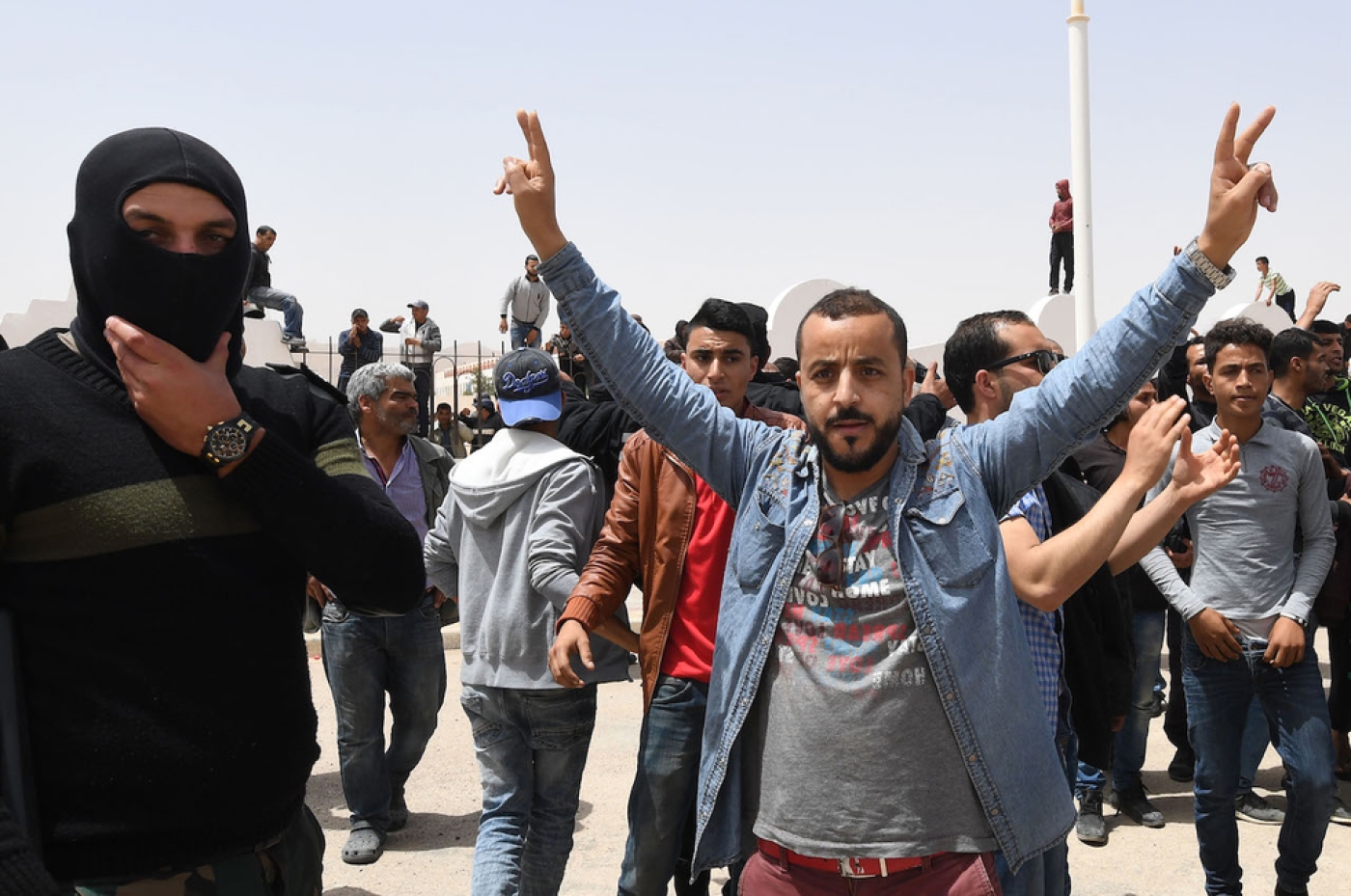 Tunisian protestors shout slogans during a visit by their prime minister in the town of Tataouine on April 27, 2017. Chahed was booed off stage as he addressed a town hall meeting in the southeastern region rocked by protests and a general strike (AFP)
By
Reuters

Protests over jobs and development in southern and central Tunisia have halted production at or shut the fields of two foreign energy companies in a new challenge to the country's Prime Minister Youssef Chahed.

For Tunisia, a small oil and gas producer compared to its OPEC neighbours Libya and Algeria with national production is around 44,000 barrels per day, the protests come at a sensitive time as Chahed's government tries to enact austerity reforms.

Perenco operates the El Franig, Baguel, and Tarfa gas condensate fields with a production of 17 million standard cubic feet of gas per day, 2 mmscfd of LPG equivalent and 750 bopd of condensates, according to the company website.

A spokesman for Canada-based Serinus Energy said by email that its Chouech Essaida field in southern Tunisia had been shut since 28 February due to labour and social unrest.

Protests have centred on the southern Tataouine province where Italy's ENI and Austrian firm OMV have mainly gas operations, but have also begun in the central Kebili region.

Since its 2011 uprising brought democracy to Tunisia, successive governments have struggled with social unrest in the south and central provinces where unemployed youth feel they have been left out of the economic benefits of the revolution.

In Tatouine region, a group of demonstrators has camped out for several weeks in the Sahara desert and threatened to blockade roads used by oil and gas companies unless they see more jobs and a share in the region's energy riches.

OMV said last week it had moved around 700 non-essential staff and contractors from its southern Tunisia operations as a precaution. It said production had not been affected.

ENI said protests had had no impact on its Tunisian production but it was monitoring the situation.

Chikhrouhou told a conference that total oil production had fallen to 44,000 barrels per day (bpd) from 100,000 bpd in 2010 because of social unrest, protests and low investment due to a lack of energy legislation.

In the past, Tunisian protesters targeted the state-run phosphate business, where production falls since 2011 caused about $2 billion in losses. Output in phosphate - a key source of foreign income - has risen this year after agreements were reached with protesters.

The revival of the state-run phosphate production will help the North African country's economic growth, which also suffered from a decline in revenues from the tourism sector after major militant attacks in 2015. 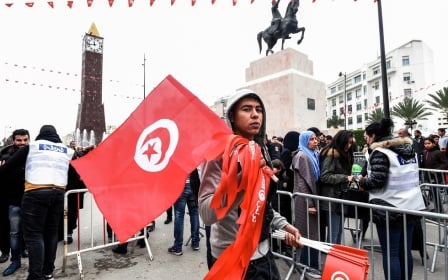 Tunisia
Tunisian officials are sacked after protests earlier in week