Essid announced his decision on Friday to representatives of political parties and the ruling coalition, Tunis Afrique Presse (TAP) reported.

He had previously denied that he was thinking of resigning, telling Tunisian media earlier this week: "My resignation might create a power vacuum, aggravate the situation and weaken the state.

"I am not one of those who flees their responsibility," he said at the time.

Tunisia’s last parliamentary election, held in 2014, led to the formation of a coalition government.

The coalition is comprised of Nidaa Tounes, the largest party in parliament, Ennahda, the left-liberal Free Patriotic Union and the centre-right Afek Tounes party.

The four parties met late Thursday night and decided to speed up the process to form a new national unity government.

The head of Nidaa Tounes’ bloc in parliament, Soufien Toubal, told pan-Arab newspaper al-Araby al-Jadeed: “The situation that the country is going through cannot withstand any more waiting".

There was agreement within the ruling coalition that “the next government will not be under the leadership of Essid", he said.

The head of the Free Patriotic Bloc’s group in parliament, Tarek al-Ftiti, told TAP that although the ruling coalition has agreed Essid must resign, he should nonetheless be allowed to “exit through the front door” because of what al-Ftiti considers the government’s successes in the security sphere.

Elsewhere, the political jostling has begun, with Ziad Lakhdhar of the leftist opposition Popular Front telling Tunisian TV that his movement is willing to join the new government if it aims to rescue Tunisia as a whole, rather than certain parties.

The Popular Front is Tunisia’s fourth-largest party, with 15 seats in parliament, but it has a bigger impact on the political process amid its links with the workers’ movement.

Essebsi on Friday called for the creation of a national unity government that includes trade-union representatives, according to CNN Arabic, amid severe economic problems the country has faced during the year and a half of Essid’s government. 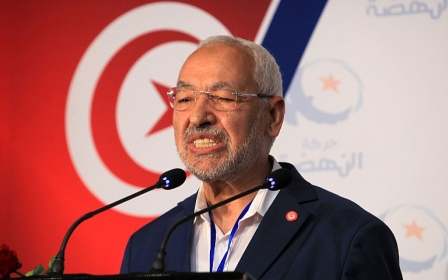