Tunisian youth torn ahead of elections

For Tunisian youth, the importance of the elections, and whether to vote or not, remains open to debate 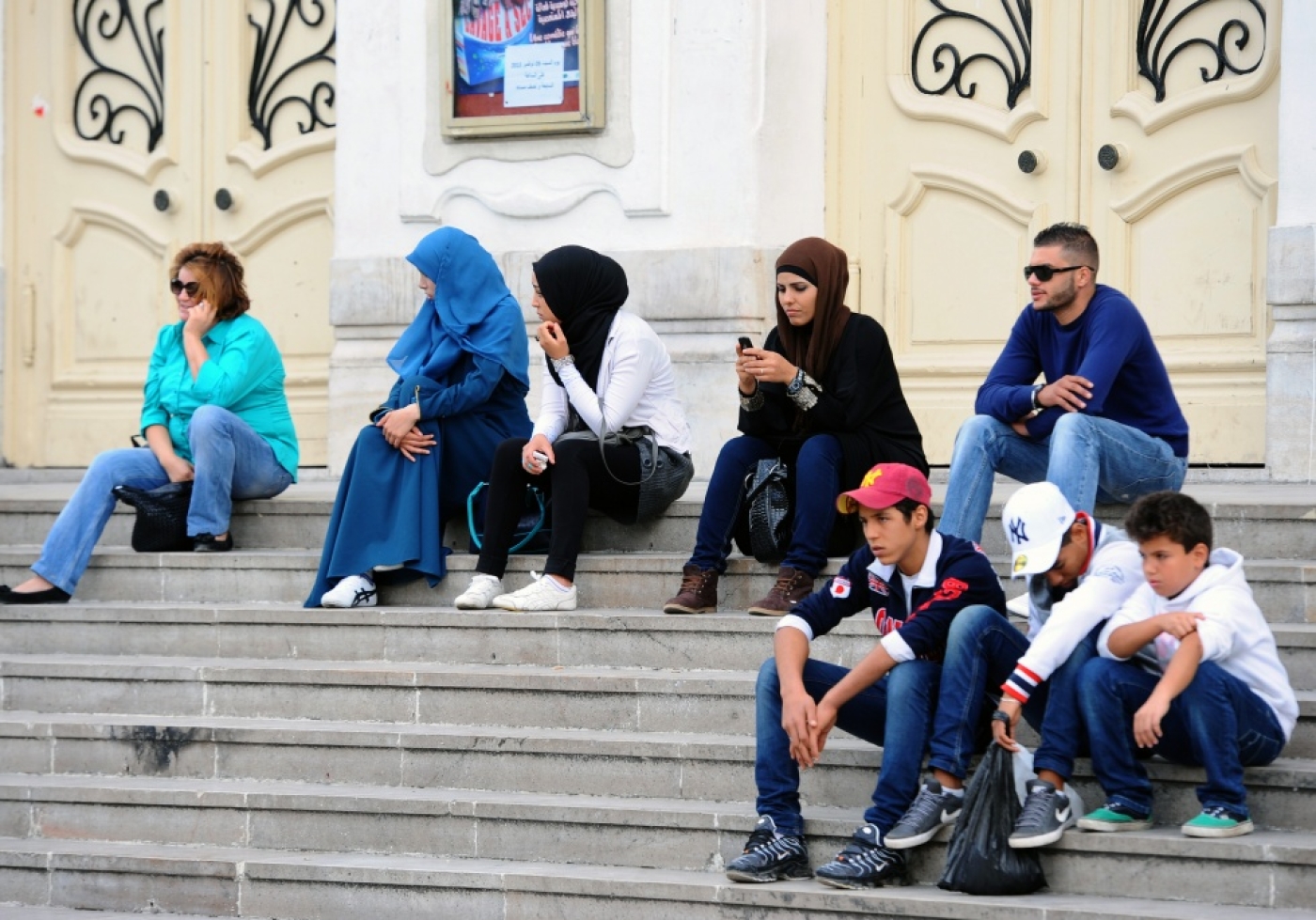 Tunisians sit on stairs outside the theatre on Habib Bourguiba Avenue on November 6, 2013 in Tunis (AFP)
By
Christine Petre

After a turbulent political tenure, including two political assassinations of opposition leaders and a deteriorating security situation, the moderate Islamist party Ennahda, which gained power in the country’s first free election since the ousting of former President Zine El Abidine Ben Ali, handed over power to a caretaker government, marking a significant step for the North African country’s democratic transition. The progress continued as a constitution was established in early 2014, whereby, after extensive debate, the National Constituent Assembly reached consensus: on 26 October the Parliamentary elections will be held, succeeded by the Presidential vote on 23 November, with the possibility of a second round before the end of 2014. However, not everyone is pleased with the country’s post-revolutionary development.

“We need the politicians to stand by us, the youth, in our internal struggle with the security apparatus and the reform of the interior ministry,” Achref Aouadi, founder of I Watch, a youth organization established after the revolution to combat corruption, says and adds, “but they never stood with civil society and the youth.”

Instead post-revolutionary Tunisia has seen a number of arrests of the country’s young, sparking a wide debate about the notorious Law 52/1992, which gives the police right to sentence a citizen found in possession of, or having consumed, narcotics to one to five years in prison. A law widely used during the Ben Ali era to silence the country’s outspoken youth. “The politicians have seen how the youth has been thrown in jail without caring. The activists who fought hardest for the revolution were all arrested,” argues Aouadi and adds, “We were expecting a reaction but they didn’t care.”

“To be frank if I wasn’t part of the civil society and I didn’t see the wider picture I would probably, like many of my friends, be boycotting these elections,” Aouadi admits. Many of the young people that he speaks to ask him, “Why should we vote?”

“While the older generations focus on security and stability, for us it is different, we also care about our quality of life and being treated equally,” he says. “To us, freedom of expression and justice are important.”

Getting the youth to register

The Independent High Authority for Elections (ISIE) has now been left with the stressful task of making people register to vote. The initial deadline was 22 July but ISIE has now added a second registration period between 5 and 26 August to try to increase the number of registrations ahead of the vote. Of the country’s 7.5 million legitimate voters 4 million registered during last elections and are therefore automatically allowed to cast their vote this year. ISIE and other organizations will try informing the remaining 3.5 million potential voters that if they do not register beforehand they do not have a right to vote in the up-coming vote. But according to ISIE around 70,000 had registered by 4 July, a figure that the President of ISIE Chafik Sarsar described as “too low.”

“In the beginning of the registration period it was very slow,” says Nadia a registration observer at a registration office in La Marsa, a northern suburb to Tunis. “Now it is getting better.” There had been around 20 people registering that morning, “a mix of both young and old,” she says.

“We are running after time,” says Raouf Boutara, vice-president of Association Tunisienne pour l’integrite et la democratie des elections (ATIDE), which with its 600 election observers and 26 offices across the country is trying to increase election participation, whilst keeping a close eye on the democratic process. One of ATIDE’s target groups are the 500 000 people who had not yet turned 18 by the time of last elections but who now are legitimate voters. In an attempt to try reaching the youth one of ATIDE’s campaigns includes outreach at universities and malls.

But it’s a challenge, explains Boutara, many of the youth he meets are not interested in the elections. “They don’t feel any responsibility, they are disconnected from their weight. But the lack of trust is not exclusive to the youth, people are not aware of the power of their voice,” explains Boutara and defends the younger generations, “You need to remember that during the ten last years of Habib Bourguiba (Tunisia’s first President) and the years of Ben Ali all political culture was killed. I have a clear memory of these different periods, in which we didn’t even have the right to talk politics, instead we were following the political landscape in France, we knew more of the French politicians than the Tunisian. It is normal that the young people, born during Ben Ali, don’t care about politics.”

I Watch is also trying to find modern ways to reach the youth by using for example social media. One such initiative was labelling the World Cup Final day, 13 July, a National Voter Registration Day. An innovative way to try making young people register. Even though the aim is to not be restricted to the Internet, social media creates a platform for debate. The World Cup initiative created discussions between the ones arguing that voting is a citizen duty and others calling for a boycott of the elections, arguing that none of the political parties are listening to the youth’s voice.

Which party to vote for?

However, there are young voices that will vote for a political change, one of them is Adam Ben Moussa. “This is the first time I will vote,” the 20-year old says outside one of the registration stations. “It is important because I hate Ennahda,” he explains and adds, “I will vote for Nida Tounes.”

Opposition party Nida Tounes is Ennahda’s strongest opponent. Since the country’s first democratic election on 23 October 2011, approximately 150 political parties have been established but it is Ennahda and Nida Tounes that remain the biggest and are believed to receive the majority of votes.

A blank vote is the strongest message to politicians

Nevertheless, to I Watch and Aouadi priority is not the political outcome, but the democratic procedure. “We don’t care about for whom the youth vote, we care about the process,” he says.

“Many of the youth I speak to argue that even if they want to vote, nobody is representing them,” Aouadi explains, “but voting is a duty and not only a right so even if nobody is representing you a blank vote is still a vote.” A blank vote is an important statement, a message to the politicians, argues Aouadi. “Let them know that we are aware of our duties and our rights! The political parties are afraid of this slogan because they know that they will be panelised for these three years.”

“Youth has every single reason to boycott the elections so we are trying to find every single, but rare, reason there is to make them vote,” says Aouadi.

To Boutara it is not surprising that the youth is sceptic, “Today when you see someone who is 20, which means that he was born in 1994, how do you expect him to have any kind of feeling of responsibility towards his country? It is absolutely normal. We will need at least 15-20 years before bringing back a politically responsible culture,” Boutara says and adds, “And civil society has an important role in this development.”

“Political will is Tunisia’s biggest problem right now, especially when it comes to corruption,” says I Watch’s programme manager Soumaya Belaid who joined the movement in 2011. “But we have to be optimistic because if the youth gives up then who is left to believe in change and a better country?” 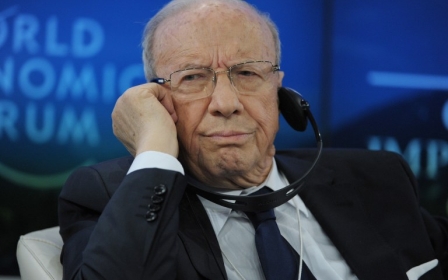 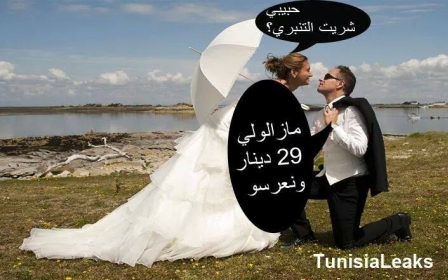