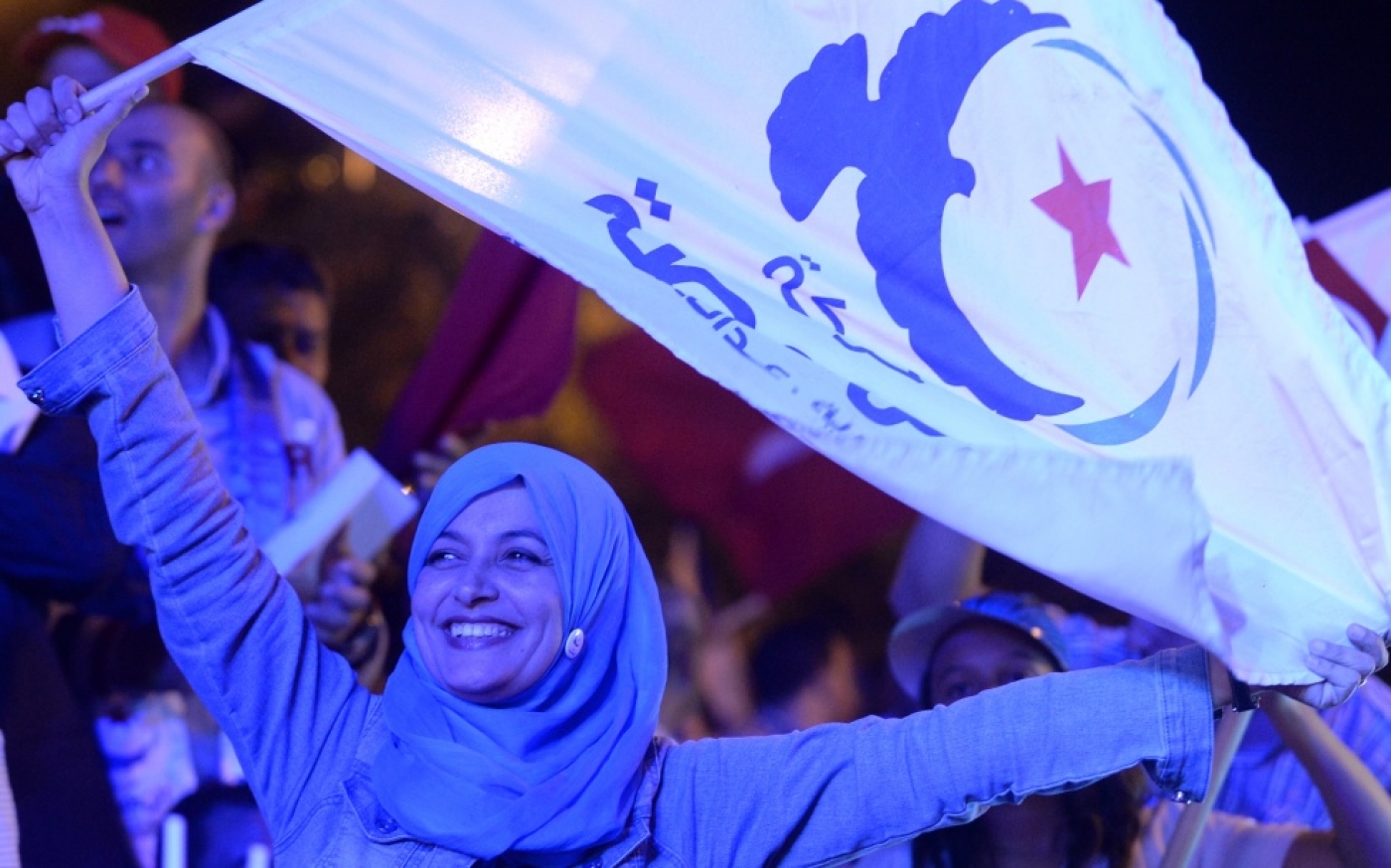 A supporter waves a flag of the Tunisian Ennahda Party in Habib Bourguiba Avenue in the capital Tunis on 24 October, 2014 (AFP)
By
MEE and agencies

Tunisia's Ennahda party, which holds 69 of parliament's 217 seats, said on Sunday it will not vote in favour of a new government that needs approval from the legislature.

New Prime Minister Habib Essid on Friday unveiled a cabinet line-up that included no members of Ennahda, which led the former government.

Essid's government will be the first since landmark parliamentary and presidential elections last year.

"Ennahda has decided not to give its vote of confidence to the government of Habib Essid," senior Ennahda official Said Ferjani told AFP as he emerged from a meeting of the party's leaders.

He said that the Essid cabinet line-up "does not have a clear programme or national consensus."

Ennahda's decision could damage hopes by Essid, a veteran minister under deposed autocrat Zine al-Abidine Ben Ali who also served in the first post-revolution government, to be confirmed by parliament.

Media reports have said that the legislature could meet as early as Tuesday, but parliament has not announced when the vote of confidence will take place.

Essid handed Nida Tounes several ministries in his 39-strong cabinet, with other posts going to independents or nominees from smaller parties.

Two other parties are not represented in the government - the far-left Popular Front and the liberal Afek Tounes party.