Amnesty Turkey founder and other activists convicted on terror charges Four activists, including the honorary chair and co-founder of Amnesty International's Turkey branch, have been convicted by a court in Istanbul of supporting a "terrorist organisation".

Kilic has been in and out of jail since 2017, when he was first arrested accused of links to the US-based cleric Fethullah Gulen, an ally-turned-enemy of Turkish President Recep Tayyip Erdogan. The Turkish government blames Gulen for the failed 2016 coup attempt.

Seven other activists in what has become known as the Buyukada Case - named after the island near Istanbul where the group were detained in 2017 - were acquitted, including German activist Peter Steudtner.

'This is a shameful day and a verdict that even with a cursory knowledge of the case, can only be described as a travesty of justice'

Friday's verdict was greeted with outrage by Amnesty officials.

"Ozlem and Gunal convicted for assisting. The torment continues. We won’t give up until all are acquitted."

Milena Buyum, a campaigner on Turkey for Amnesty, tweeted that the verdict was "outrageous."

"This is a shameful day and a verdict that even with a cursory knowledge of the case, can only be described as a travesty of justice," she said.

The 10 original suspects in the Buyukada Case were detained in July 2017 while they were attending a workshop on Buyukada island organised by Citizen's Assembly Turkey.

The arrests came in the wake of the July 2016 coup attempt, the aftermath of which has seen at least 80,000 people imprisoned and more than 150,000 sacked or suspended from their jobs in the military, public and private sectors. 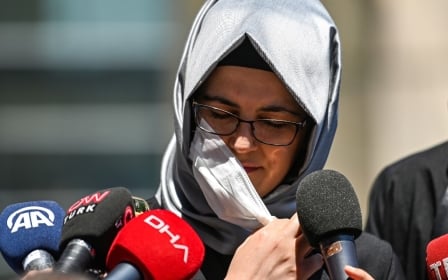 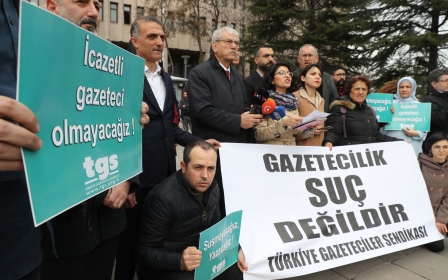