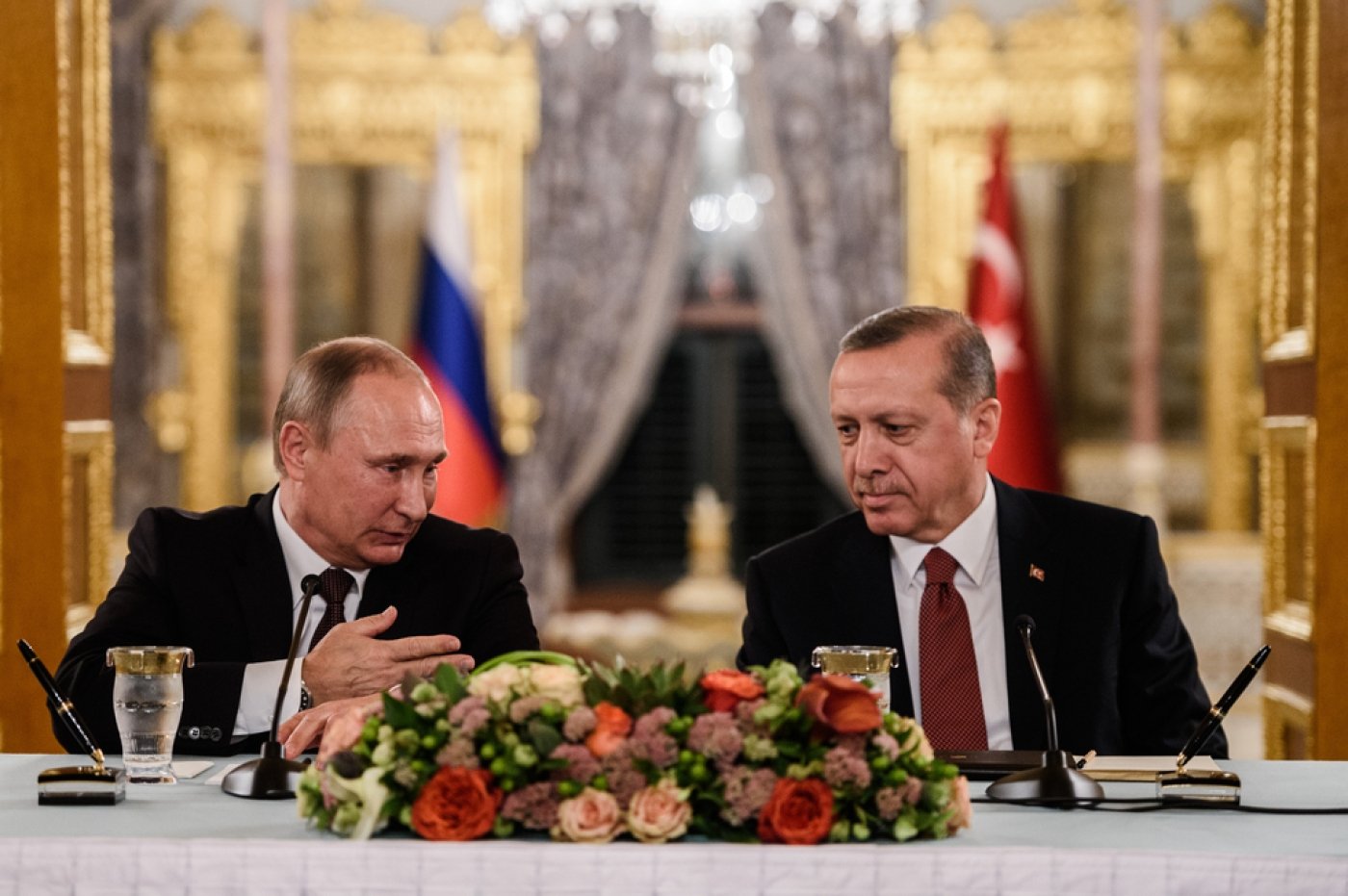 Russia and Turkey on Monday signed an agreement to build a gas pipeline under the Black Sea, as President Vladimir Putin and Turkish counterpart Recep Tayyip Erdogan vowed to intensify relations after a bitter crisis.

Putin made his first visit to Turkey since the shooting down of a Russian war plane by a Turkish air force jet, which led to the worst dispute between Ankara and Moscow since the Cold War. He said the two countries could now return to cooperation in all areas.

Only a few months ago, the two post-imperial strongmen were exchanging bitterly personal accusations. But this was already the pair's third meeting after a June agreement to normalise ties.

"I have full confidence that the normalisation process between Turkey and Russia will swiftly continue," said Erdogan.

Showing that any personal animosity was over, Putin thanked Erdogan for the "attention Mr President has devoted to the development of Turkish-Russian relations".

The centrepiece of the one-day visit was the signing of an agreement on realising the construction of the planned TurkStream gas pipeline to pump Russian gas through two lines under Turkish waters in the Black Sea towards Europe.

The chief executive of Russian gas giant Gazprom, Alexei Miller, had said ahead of the signing the annual capacity of each line is to be 15.75 billion cubic metres of gas (bcma), making a total capacity of over 30 bcma.

The agreement aims to build the lines by 2019, Miller said, adding the first line of the gas pipeline will be used to transport gas to Turkish consumers and the second to pipe to Europe.

The plan to build TurkStream was dramatically announced by Putin in December 2014 in Ankara, as a replacement for the South Stream pipeline that was to have been built in cooperation with EU countries.

South Stream was scrapped after years of planning, with Putin angrily blaming Brussels for its failure.

The TurkStream project, however, languished in uncertainty after the crisis triggered by the shooting down of a Russian warplane in November 2015.

The agreement signed in Istanbul represents a concrete symbol of the desire of both parties to bring the much-discussed TurkStream project to fruition.

Erdogan also said the two sides agreed to speed up a plan for Russia to build Turkey's first nuclear power plant in Akkuyu on the Mediterranean.

"I believe that the time that has been lost will be compensated in the coming period," he said.

The two countries still face a major task to raise relations to the level enjoyed before the jet crisis.

And a ban on charter flights to Turkey, which is also now over, reduced the usually substantial flow of Russian tourists to a trickle.

Putin said that the Russian government had on Monday decided to open the Russian market to key Turkish agricultural products, including citrus fruits.

He also said Moscow had agreed to reduce the price of natural gas imported by energy-poor Turkey. Russia and Turkey remain at odds over the Syria conflict, with Moscow a key backer of the government of President Bashar al-Assad while Ankara advocates for his exit from power.

But Turkey, which just months ago was loudly accusing Russia of war crimes in Syria, has been remarkably tight-lipped over the Russian-backed onslaught on rebel-held areas of Aleppo in recent weeks, as ties with Moscow have tentatively improved.

Analysts have long noted an ability on the part of Moscow and Ankara to show pragmatism in times of good relations and push disputes to one side, concentrating on strategic cooperation that includes a goal to reach annual two-way trade of $100 billion (111 billion euros).

In his speech to the World Energy Congress before their bilateral talks, Erdogan complained how a child in Aleppo "only sees bombs dropped by helicopters and planes that target them" but made no mention of Russia or the Assad regime.

Both leaders agreed to work together to ensure aid can reach the conflict-torn Syrian city. They made no mention of their differences on the Syria conflict or of any breakthrough in finding a joint strategy.

"Russia, and Turkey are both in favour of the fastest end to the bloodshed in Syria," said Putin.

"We have a common position that we need to do everything to deliver humanitarian aid to Aleppo. The question is just of ensuring the security of those deliveries."