Some 47,000 people have been arrested under the state of emergency The front of Sozcu the day after the Turkish referendum, bearing a headline which translates as "Are your consciences confortable?" (AFP)
By
MEE and agencies

The owner, Burak Akbay, and the three others, including the executive in charge of the website Mediha Olgun, are accused of links to the movement led by Islamic preacher Fethullah Gulen blamed for the failed coup last year, Anadolu news agency reported.

The Turkish Journalists Union condemned the arrest warrants as "unacceptable" on their Twitter feed.

Istanbul prosecutors issued the warrants for the four including correspondent Gokmen Ulu and Yonca Kaleli, a finance executive, according to CNN Turk

The state-run Anadolu Agency said Olgun had been detained and Akbay was out of the country.

He confirmed Olgun was in custody but said that could be in connection with another investigation.

Sozcu had previously carried "If Sozcu goes silent, Turkey will go silent" as a banner headline and adopted it as a slogan following similar raids on other newspapers.

The daily, the highest-selling opposition newspaper in Turkey, has long been staunchly secular-nationalist and highly critical of both the government and the Gulenist movement.

But the paper has also supported the government's line on foreign policy issues and the fight against the Kurdistan Workers Party (PKK).

Kemal Kilicdaroglu, leader of the opposition Republican People's Party (CHP), also slammed the news of the warrants being issued.

"We're facing a dictatorial regime," he was quoted as saying by the Cumhuriyet news site.

Sözcü is a leftist, staunchly Kemalist daily newspaper. It's notable that FETÖ-related charges brought on May 19.

Some 47,000 people have been arrested under the state of emergency imposed after the coup last July, while tens of thousands more have lost their jobs.

Late last month, Turkey dismissed almost 4,000 public officials under the state of emergency while over 9,100 police were suspended on 26 April.

In Turkey critical journalism is equaled with terrorism. Attack on Sözcü newspaper another sad example. #Journalismisnotacrime

Turkish police also arrested Ali Ergin Demirhan, the editor of another opposition media site, sendika.org, in a pre-dawn raid on its offices.

The left-wing, trade union-focused website denounced as illegitimate the victory of the Yes camp in the 16 April referendum on expanding President Recep Tayyip Erdogan's powers. 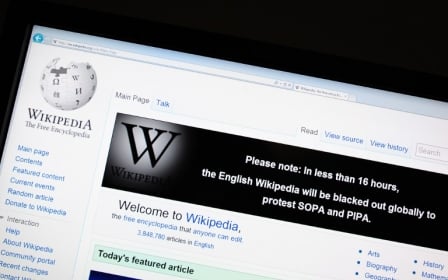