Davutoglu faction hits back: 'No room left for criticism' in AKP For observers in Ankara, Turkish President Tayyip Erdogan’s move on Monday night to expel former prime minister Ahmet Davutoglu and his three associates from the ruling Justice and Development (AKP) party ranks did not come as a surprise.

Erdogan, who visited Davutoglu’s hometown Konya on Sunday, signalled to his supporters that he would purge intra-party dissidents.

“We shouldn’t refrain from weeding out the people who have separated their hearts and paths from us but on paper are still members [of our party]," he said on Sunday.

Sources close to the government, who spoke on condition of anonymity, told Middle East Eye that the visit itself was designed to counter Davutoglu and his new movement. Presidential aides on social media seemed happy about the crowds gathered around Erdogan during his day trip.

Abdulkadir Selvi, a prominent columnist with well-placed sources in the ruling AKP, wrote on Tuesday that the positive reception Erdogan received in Konya was a factor in Erdogan’s decision.

“Erdogan was disturbed by Davutoglu’s remarks for a while. He decided to bring the expulsion process forward because of Davutoglu’s continuing criticism,” Selvi wrote.

Davutoglu had recently increased his attacks against the government, especially after the recent removal of pro-Kurdish mayors from office over charges of terrorism. Selvi said the decision was a message to former Erdogan allies such as former President Abdullah Gul and former economy tsar Ali Babacan, who are expected to found a new party later this year. All the president's men: How AKP heavyweights are plotting to challenge Erdogan
Read More »

Even though Davutoglu has been silent about his dismissal from the party, his associates Ayhan Ustun, Selcuk Ozdag and Abdullah Basci released written statements that lashed out at the party leadership over their own removals.

“The people who betray our cause aren’t the ones lauding what they deem true but who clap at every mistake,” Ozdag, a former MP and deputy chairman of the AKP, tweeted.

Basci, a former MP from Konya, said that there was "no room left for criticism" within the AKP.

Basci added that following consultations, Davutoglu's faction within the AKP would issue a statement.  Ustun, the former deputy chairman of the party, said in a written statement that the party had moved away from its founding principles.

“Whatever we said, we did for the good of the party. [The leadership] couldn’t tolerate their friends’ righteous criticism,” he said.

Ustun added that this was the first time the party had expelled one of its former chairpersons and deputies from its ranks.

Sources close to Davutoglu's team had previously told MEE that should the former premier be dismissed from the AKP, Davutoglu would first try to correct the course of the party by conveying his opinions on policy mistakes.

"We won’t take a step to form a party unless we are forced to do so,” a source said. “If they expel us, then founding a party would be a legitimate move; since it proves that we explored every available avenue before doing something like that.”

Davutoglu isn’t expected to move together with Gul and Babacan due to a past political fallout and lingering disagreements on policy making. Turkey Politics
All the president's men: How AKP heavyweights are plotting to challenge Erdogan 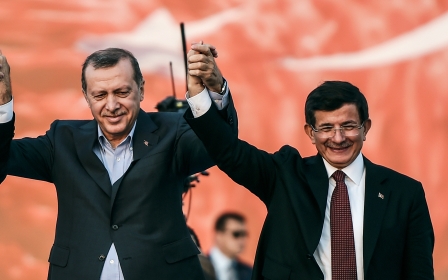 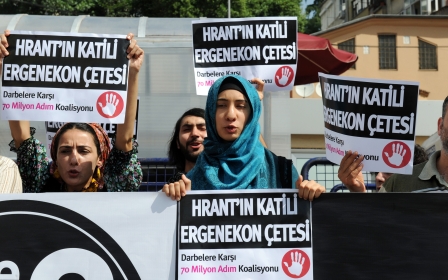