Turkey disappoints West with low-key role in IS fight 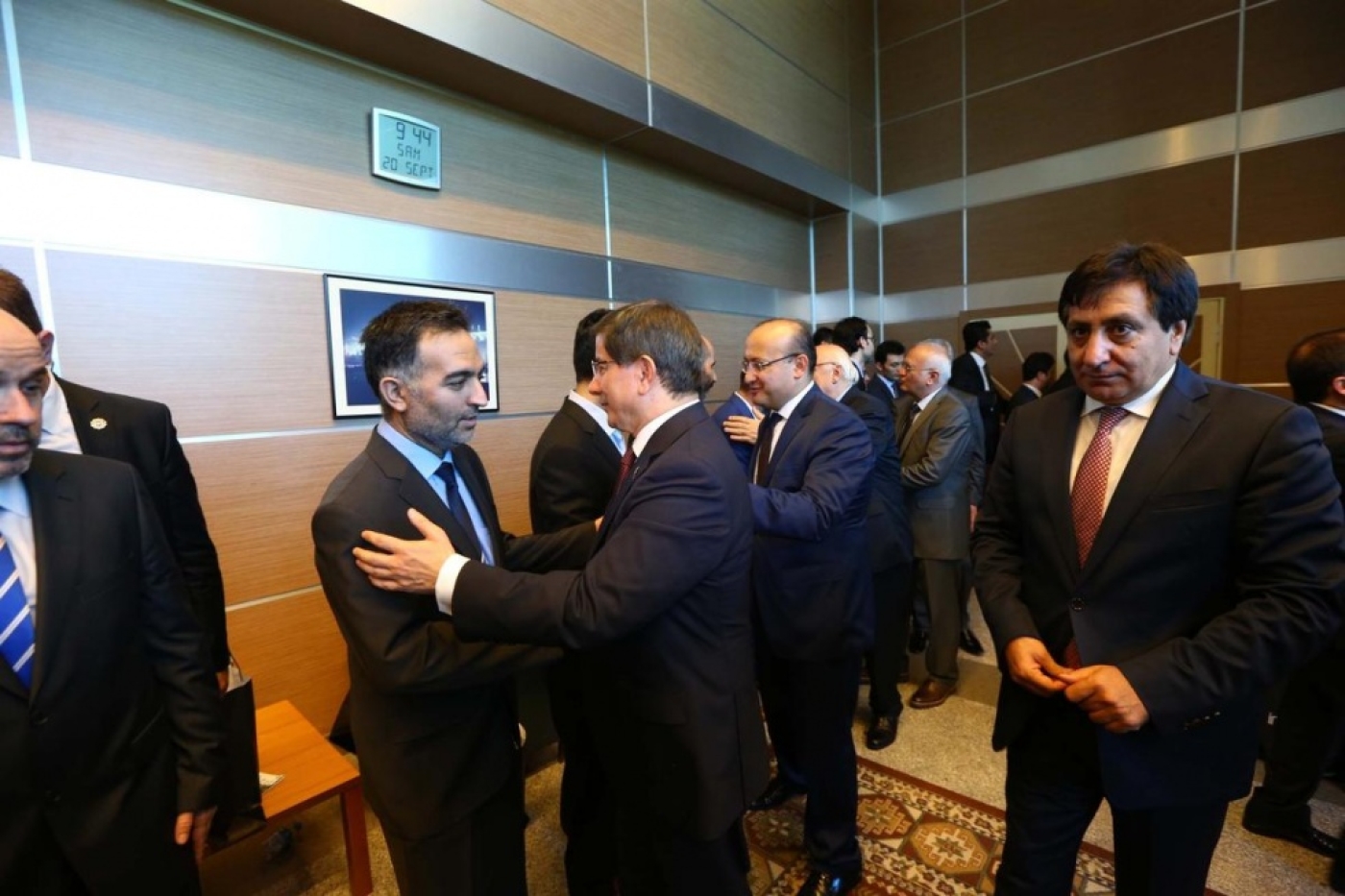 Turkey’s Prime Minister Ahmet Davutoglu meets with Turkish freed hostages who were released by IS on Saturday morning (AA)
By
AFP
By Philippe Alfroy and Fulya Ozerkan
Blamed by some for prompting the rise of the Islamic State insurgency, Turkey has finally taken steps to tighten its borders with Iraq and Syria but is still disappointing the West over its low-key role in the anti-IS fight.
Western diplomats accuse President Recep Tayyip Erdogan's Islamic-rooted government of failing to show wholehearted support for the battle against IS militants who control swathes of Iraq and Syria, although Turkish officials bitterly reject these claims.
Ankara, which in the last years positioned itself as the major power in the Muslim world, had said its hands were tied while trying to save the lives of 49 Turks, including diplomats and children, who were taken hostage by the IS group in June in Mosul.
Even with the release of the hostages on Saturday it was unclear whether Turkey would now change course.
Many analysts say it was Turkey's policy - spearheaded by then foreign minister now Prime Minister Ahmet Davutoglu - of supporting Islamist elements within the Syrian rebellion to help oust President Bashar al-Assad that sparked the rise of the IS organisation.
"Turkey bears a direct responsibility for the rise of IS and is terribly embarrassed today," said Marc Pierini, a scholar at Carnegie Europe and former EU ambassador to Turkey.
"Until the past few months, access to Turkish territory was wide open to them. This has changed today under pressure from the West and also because the government has realised now, pretty late I must say, that the Islamic State could also be a direct threat to Turkey."
Erdogan this week angrily rejected claims Turkey encouraged IS jihadists, saying it was an "impertinence" to suggest Ankara supported terror.
"We have never accepted the concept of 'Islamic terror' and we never do so," he said.

But NATO-member Turkey has been reluctant to take part in combat operations against IS militants, or even allow a US-led coalition to attack jihadists from its territory.
Ten Arab countries agreed this month to help the United States in its fight against the jihadist group, also known as ISIS or ISIL. Turkey attended the Jeddah conference but did not sign the communique.
A Turkish government official said Ankara's decision not to become involved militarily was a "state policy."
"We have not taken part in any military intervention since the Korean war.... This is a state policy, and has nothing to do with IS," the official told AFP. Turkey also refused to allow US forces to enter Iraq from its territory to oust Saddam Hussein in 2003.
Instead, Turkey is mulling the prospect of establishing a buffer zone along its Iraq-Syria frontier to help civilians on the other side of the border. But it remains unclear how this can be implemented.
"Given its recent behaviour, especially during the Iraqi invasion by the United States in 2003, I do not see Turkey changing its policy and take a radical and offensive stance against the jihadists," said Pierini.

Thousands are estimated to have joined the ranks of foreign fighters within the IS organisation in neighbouring Iraq and Syria, after travelling from Europe and the United States through the border crossings in Turkey.
Turkey announced an open door policy for Syrian refugees fleeing the conflict and is now playing host to 1.5 million Syrians. But Western sources accuse Ankara of failing to control the flow of militants in and out.
"We clearly understand that this issue is not a priority for the Turkish services," a Western diplomat told AFP.
"Even the idea of sharing information is impossible. And when they finally do something, it is as part of a bargain.... For instance, they do not want us to have contacts with the PKK," he said, referring to the Kurdish separatist group.
Turkey however puts the blame on Western countries for failure to share intelligence.
"Europeans are not providing us with a full list, or inform us at the last minute, or they let us know after they enter Turkey. We cannot hold anyone by looking at their Muslim names," the Turkish official said.
He said despite the progress made over the last five months it was not possible to entirely stop the infiltrations.
"Could America prevent the smuggling on its Mexican border for 40 years?"
The Turkish government's help is seen as crucial to clean up the foreign fighter transit.
Last week, a man suspected of being one of the main recruiters of French jihadists for IS was placed in the hands of judicial authorities in Paris after his arrest in Turkey last month.
"Our services spotted him in Istanbul, so we went to the Turks to explain to them he was an important jihadist recruiter, that an arrest warrant has been issued by the French justice but nothing happened," the Western source said.
"It took a direct phone call from a high French political authority to his Turkish counterpart for his arrest."