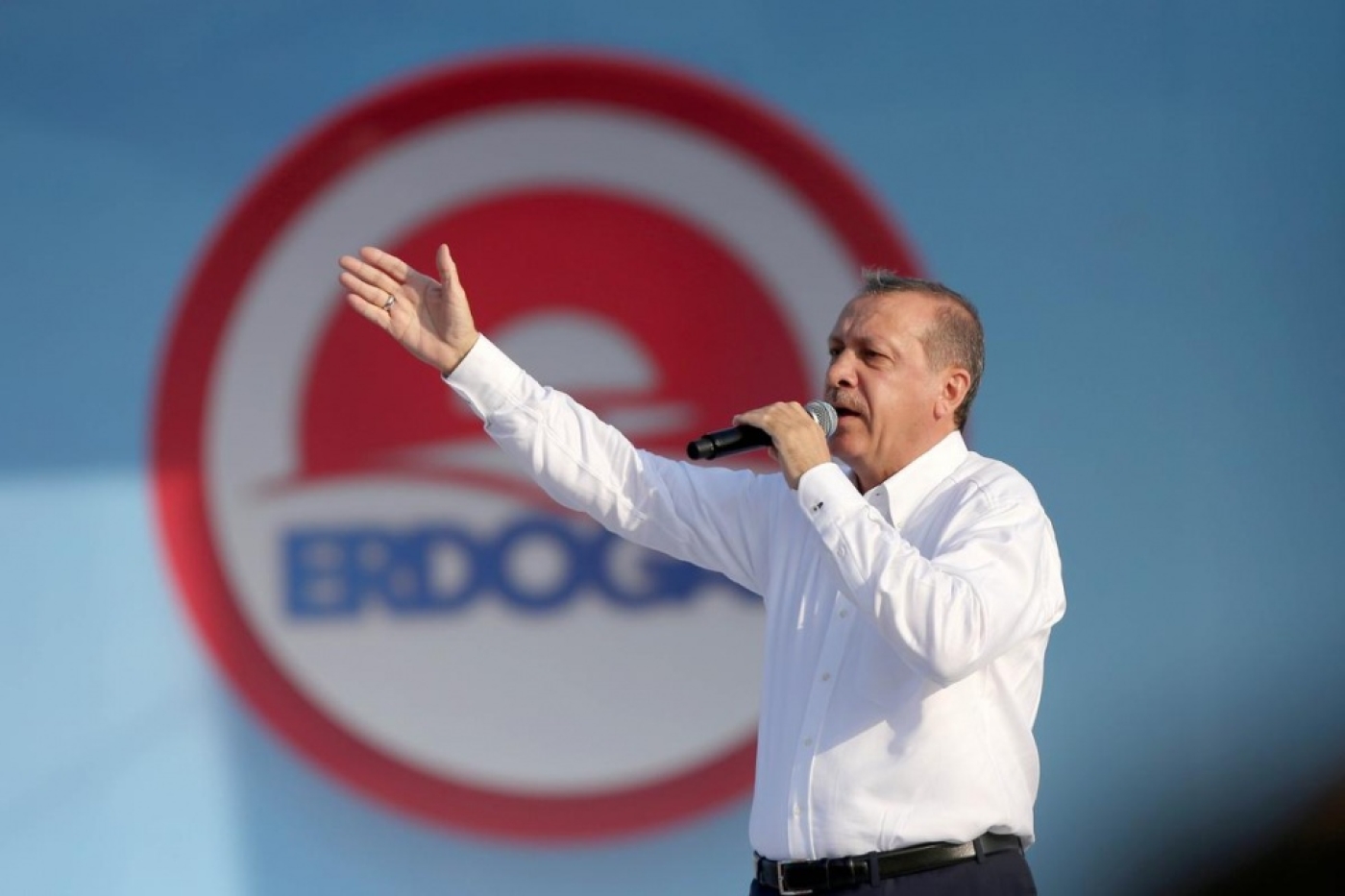 Turkey's top election body on Tuesday banned a television advertisement by Prime Minister Recep Tayyip Erdogan in his campaign for president on the grounds that it contained excessive religious symbolism.

Erdogan, a pious Muslim who leads the Islamic-rooted Justice and Development Party (AKP), is the hot favourite to become the 12th president of modern Turkey in the August 10 elections and has unleashed an energetic campaign with TV adverts and billboards across the country.

These include a slick three-minute long television advertisement which has been broadcast on federal channels since Monday and seeks to portray Erdogan as a people's president.

It includes the sound of the call to prayer, footage of a woman praying and her prayer carpet, as well as scenes of families and horses galloping across the steppe.

The High Election Council (YSK) found the religious images violated the rules against the use of any religious symbols in televised election campaign material, the state-run Anatolia news agency reported.

The decision will be communicated to broadcasters who must now withdraw the advertisement from their schedules.

The decision followed a complaint by the far-right Nationalist Movement Party (MHP) against the election video.

The constitution of modern Turkey -- founded by Mustafa Kemal Ataturk -- bans the use of religious symbols in public life.

Erdogan, 60, is widely expected to win Sunday's polls with the main question being whether he will clinch victory in the first round.