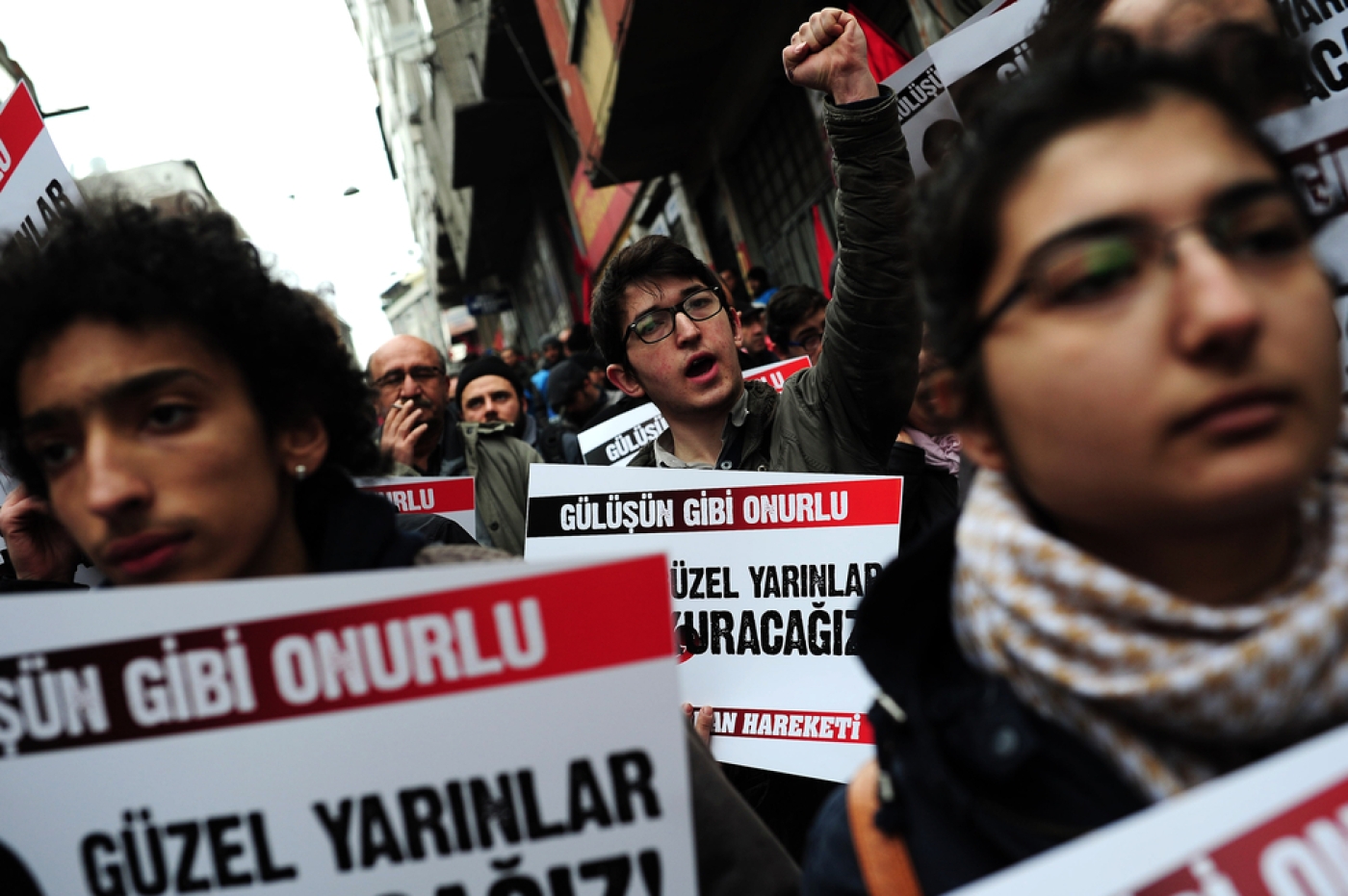 Thousands mark the first anniversary of the death of a teen killed at 2013 Gezi Park protests (AFP)
By
MEE and agencies
A Turkish court on Friday sentenced 244 people to up to 14 months behind bars for taking part in mass protests in 2013 that rocked the government.
Some 255 protesters, including seven foreigners, had faced a range of charges including damaging a place of worship, protecting criminals, injuring civil servants and hijacking public transport vehicles.
Prosecutors had requested up to 12 years in prison for the accused following the Gezi park protests which escalated after a police crackdown, leaving eight dead and over 8,000 wounded.
Four of the protesters were sentenced to 10 months in jail for having "sullied a place of worship" by entering the Dolmabahce mosque along with dozens of other people to get away from clashes with the police.
The incident enraged then prime minister Recep Tayyip Erdogan - today the country's president - who accused them of having entered the mosque with their shoes on and drinking beer while inside.
The mosque's Imam, however, had always insisted that no alcohol was drunk on the premises.
The demonstrations were sparked by a police crackdown on a peaceful sit-in to save Istanbul's Gezi park from being razed to make way for a development project.
Erdogan's government came under strong pressure from rights groups and its Western allies over its heavy-handed response to the demonstrations, the worst social turmoil in Turkey's modern history.
Over two dozen activists who helped launch the protests including doctors, architects and engineers were acquitted in April. 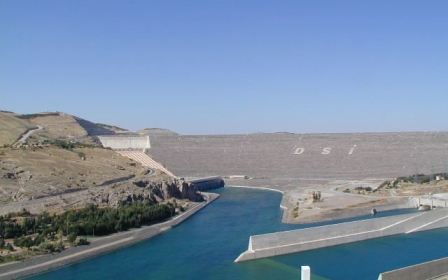 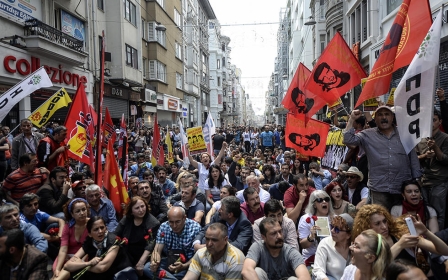 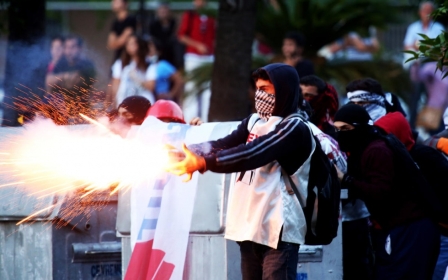