Family says Nuriye Gulmen has been moved to prevent her appearing at court case, where she is charged with terrorism offences 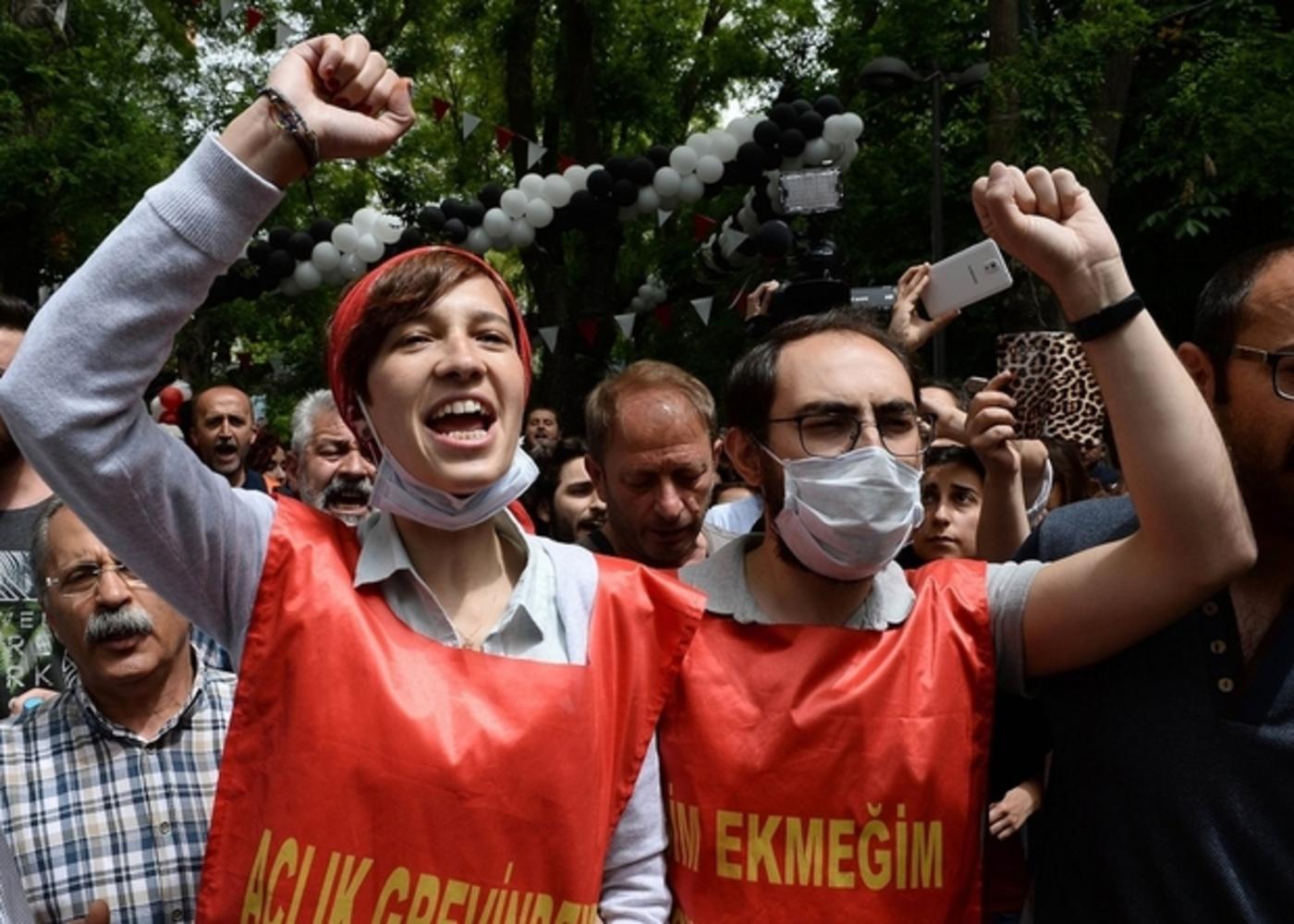 A jailed academic who has been on a six-month hunger strike to protest her dismissal in an unprecedented purge has been transferred into intensive care by Turkish authorities, her family said Tuesday.

Nuriye Gulmen and teacher Semih Ozakca have been on hunger strike since March over their sacking by government decree under the state of emergency imposed after last year's coup attempt.

Their families said in a statement that Gulmen was transferred to intensive care against her will overnight, two days before her next court hearing.

"Despite saying she did not want to go, Nuriye was forced to leave and taken to an intensive care unit" in Ankara from the Sincan prison hospital on the outskirts of Ankara early Tuesday, the families said.

The two have become symbols of the biggest purge in the country's history and a rallying cause for critics who believe thousands of people have been unjustly affected by the crackdown.

More than 140,000 public-sector workers have been suspended or fired since the attempted overthrow of President Recep Tayyip Erdogan.

And over 50,000 people have been arrested in a crackdown criticised by Ankara's Western allies.

While critics say the crackdown has been widened to include Erdogan opponents, the Turkish government argues it is necessary to deal with "terrorist" groups who are a danger to the state.

The two were arrested in May on charges of belonging to the outlawed Revolutionary People's Liberation Party-Front (DHKP-C), which has carried out sporadic attacks in recent years.

The next hearing will take place at the Sincan complex, where they have been held.

Gulmen was with her sister Beyza when officials entered the room at 2am local time, Semih's wife Esra Ozakca said, adding that she had asked them why they were taking her.

Esra said there had been "no change" in Gulmen's health, and said she believed the purpose was to "stop Nuriye's participation in the next" hearing on Thursday.

Neither were present for their first hearing on 14 September after authorities cited health and safety grounds.

Supporters are concerned over the health of the two detainees, who have been in prison since 28 July. Gulmen has lost 18kg while Ozakca has lost 33kg, Esra said.

"They have very bad muscle pain, Nuriye struggles to walk, she has nausea. Semih constantly hears a buzzing sound and also has kidney pain," she added.

"If Nuriye's situation is so serious she requires intensive care, why are you keeping her under arrest?" the law firm representing them, the Office of People's Rights (HHB), said on Twitter.

Last week a court imprisoned 14 lawyers from HHB on charges of "membership of an armed terror group", referring to the DHKP-C.