'Is this a joke or @CENTCOM has lost its senses?,' Erdogan's spokesman said, as defence minister hopes Trump will 'correct the mistake' 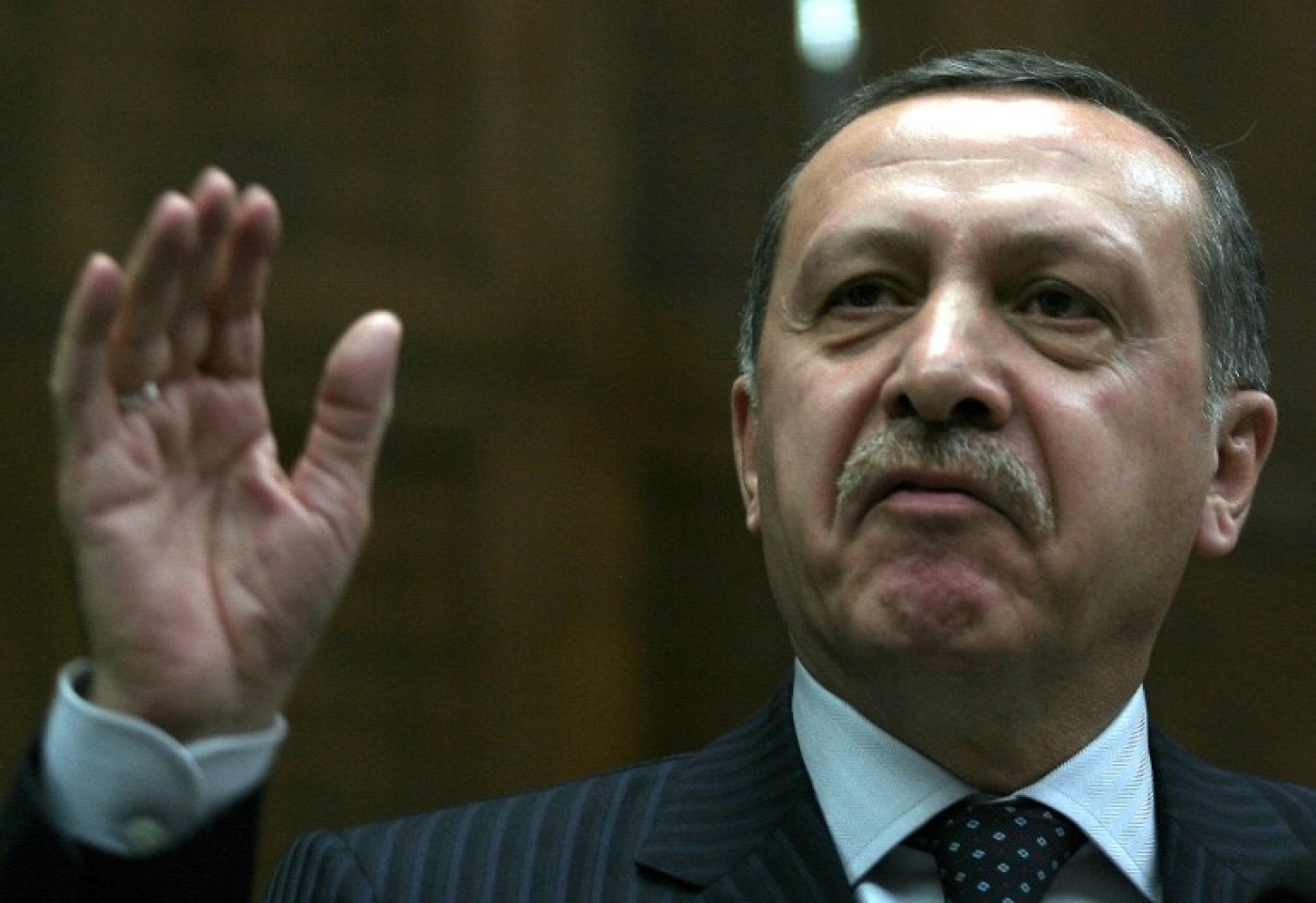 Turkish Prime Minister Tayyip Erdogan addresses his lawmakers at the parliament in Ankara on 2 February, 2010 (AFP)
By
MEE and agencies

Turkish President Tayyip Erdogan's spokesman lashed out at the US military on Thursday after it re-tweeted a statement by a Kurdish-dominated alliance it backs in Syria saying it had no links to Kurdish militants fighting the Turkish state.

The Syrian Democratic Forces (SDF), the main US partner on the ground in Syria in the fight against the Islamic State (IS) group, includes the Syrian Kurdish YPG militia.

Turkey views the YPG as an extension of the PKK militant group, which has waged a three-decade insurgency in Turkey and is considered a terrorist organisation by Ankara, the United States and the European Union.

"SDF confirms that it has no affiliation or ties to PKK," US Central Command said on Twitter, re-tweeting a statement by the SDF in which it said it was not part of the PKK and wanted a strong relationship with neighbours including Turkey.

SDF confirms that it has no affiliation or ties to PKK pic.twitter.com/mvENTcBpoQ

"Is this a joke or @CENTCOM has lost its senses?" Erdogan's spokesman, Ibrahim Kalin, replied.

"Do you believe anyone will buy this? The US must stop trying to legitimise a terrorist group."

Nusra, or Jabhat Fateh Al-Sham also confirms that it has no affiliation or ties to Al Qaeda. https://t.co/LXoEieDqzl

US support for the YPG has been a major sticking point between Washington and Turkey, a NATO ally and a member of the US-led coalition against IS.

Turkey hopes the incoming US administration under President-elect Donald Trump will "correct the mistake" of allying with the Syrian Kurdish YPG militia in the fight against IS, Defence Minister Fikri Isik said on Thursday at a conference of Turkish ambassadors in the capital Ankara.