ISTANBUL, Turkey – Turkey plans to complete the construction of a huge, permanent wall sealing off its entire 900-km long border with Syria by early next year, the Turkish defence minister confirmed during a visit to the border on Wednesday.

Fikri Isik made the announcement during an inspection tour of military personnel and installations in the southern Turkish province of Hatay on the border with Syria.

“We plan to build a wall along our entire border with Syria by the first half of next year,” said Isik.

He said the 900km wall would be part of Turkey’s “integrated security project”.

This project envisions the implementation of various electronic surveillance systems along with border checkpoints and observation towers to better monitor movement along the border.

An initial plan to build a 200km stretch of wall along the border in an area deemed porous was completed last month.

Turkey has cited security concerns due to terrorist threats emanating from Syrian territory as the reason behind the construction of the wall.

Ankara has said its borders will remain open to civilians fleeing the conflict in Syria. The wall means that this movement will be conducted in a controlled manner.

In the past Turkey had come under pressure from both allies and critics for not controlling its border with Syria and making it easy for militants to cross back and forth.

Threats from various Syria-based groups were also cited as the reason behind the 24 August launch of Turkey’s ongoing military incursion into northern Syria.

Turkey-backed Free Syria Army rebels are being used to clear a swathe of territory near the border to prevent it being used as a launch pad for attacks on Turkey.

Ankara also hopes that it will serve as a safe zone for civilians fleeing the fighting and therefore reduce migration to Turkey.

Two strips of Turkey’s border with Syria are also controlled by the Syrian-Kurdish Democratic Union Party (PYD), which Ankara considers as the Syrian extension of its own Kurdistan Workers’ Party (PKK).

Another fear of Ankara's was that the PYD would attempt to establish a corridor between the two areas under its control and cut Turkey off from Arab and Turkmen regions in Syria.

This designation has caused a rift between Ankara and Washington, which relies on the PYD’s armed wing the People’s Protection Units (YPG) as its main ground force in the fight against Islamic State (IS) group.

For the past two years the number of terror attacks in Turkey has spiked sharply; attacks which Turkey blames on Syria-based groups like the PYD and IS.

Officials believe a wall is the best way to prevent such infiltration by various hardline groups, some of which are armed by Turkey’s allies.

No cost estimates for the construction of the wall have been provided. Local media have put forward various figures ranging from 2bn to 4bn lira ($640m to $1.2bn).

Meanwhile, Turkish tanks and other military hardware continued to be moved to the border town of Silopi on the Iraqi border.

Isik reiterated on Wednesday that they were part of Turkey’s preparations to be ready for any eventuality.

Ankara has warned that it will not stand by idly if sectarian violence flares up in the mostly Sunni-populated city of Mosul. The central government in Baghdad has rejected the possibility of allowing Turkey any role in the offensive.

Turkish officials have expressed concern about Iraqi Shia militia participating in the offensive to wrest Mosul from IS control. 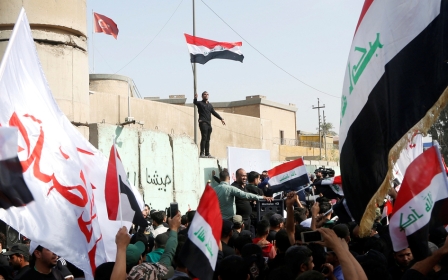