Omer Faruk Gergerlioglu, an MP for the pro-Kurdish HDP, was released from jail on Tuesday following ruling by the Constitutional Court 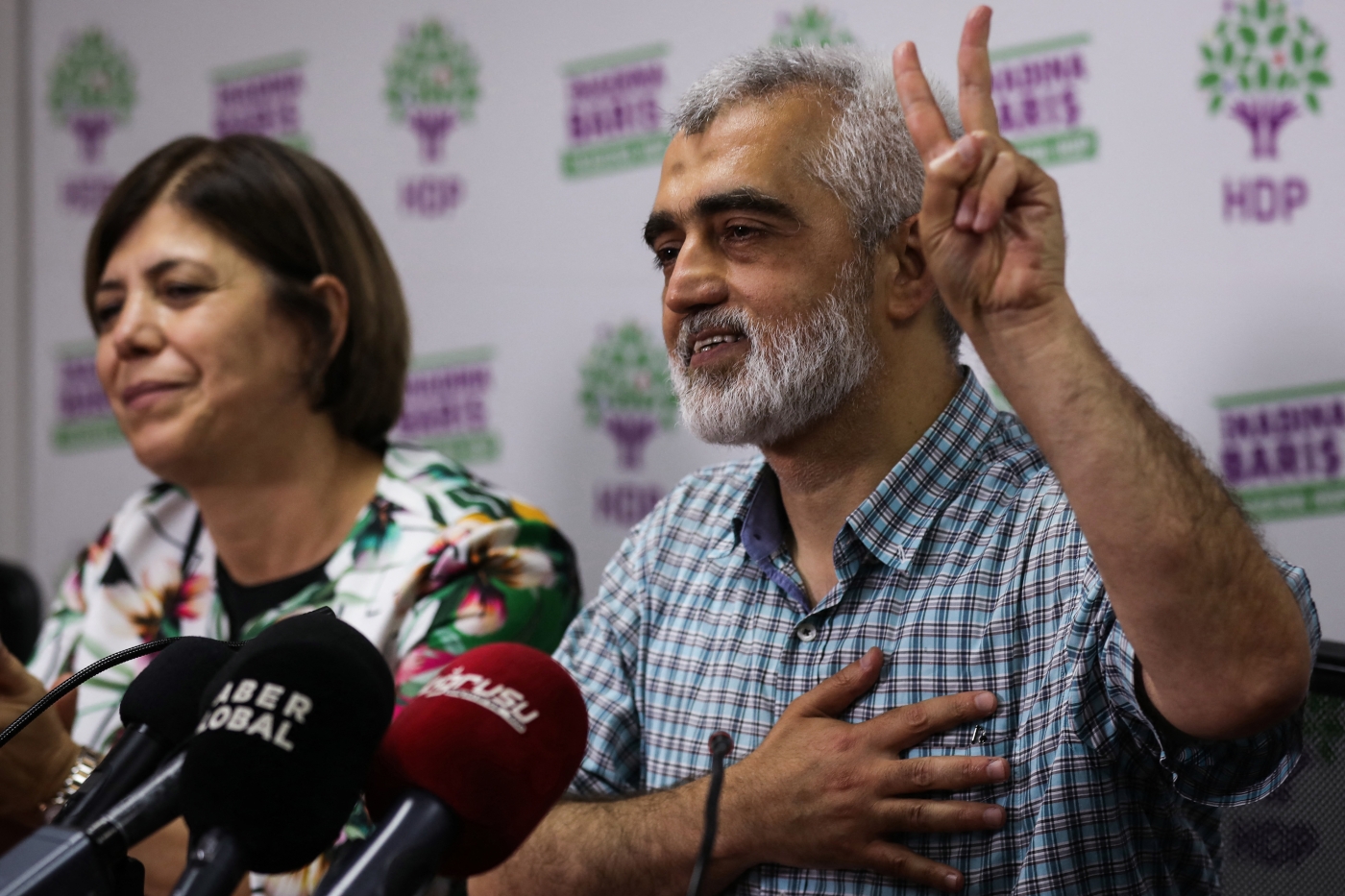 Former MP Omer Faruk Gergerlioglu gestures as he speaks during a press conference after being released from the Sincan Prison, in Ankara, on 6 July 2021 (AFP)
By
Alex MacDonald

A high-profile opposition politician has been released from jail following a ruling from the country's top court that his rights had been violated.

Omer Faruk Gergerlioglu, a medical doctor and outspoken MP with the left-wing Peoples' Democracy Party (HDP) walked out of prison on Tuesday evening following a ruling from Turkey's Constitutional Court.

He was originally sentenced to two-and-a-half years in jail in April for spreading "terrorist propaganda" online over a post he shared in 2016 prior to being elected to parliament.

Local media reported that the lower court on Tuesday complied with the top court's verdict, leading to his release from Sincan prison in Ankara.

"The most beautiful thing in the world is when a father and son smile together," he tweeted on Tuesday evening, along with a picture of himself standing with his son shortly after his release.

Gergerlioglu was detained in March 2021 after having his parliamentary immunity stripped from him.

He had originally been sentenced to two and a half years in jail in February 2018 after he shared an article online in which the outlawed Kurdistan Workers' Party (PKK) called for the state to renew a peace process with the group.

In March, the Turkish parliament revoked his seat and immunity from prosecution after a court upheld his conviction.

A spokesperson for the HDP told Middle East Eye that Gergerlioglu's release was an indicator of the "arbitrariness" of the justice system in Turkey.

"The question is, why was he detained in the first place and his immunity lifted? The answer is actually clear. Only because his and his party's critical stance does not suit Erdogan, such a theater was set in motion," said Devris Cimen, European representative of the HDP in Europe.

"This has nothing to do with the rule of law, this is arbitrariness and a part of systematic repression against the HDP. Political decisions are made and the judiciary tries to follow these decisions. This is the same procedure that we see in two other trials. One is the Kobane trial and the other is the trial to ban the HDP."

Gergerlioglu has developed a reputation as a campaigner for the rights of political prisoners and other human rights causes in Turkey.

He was one of the founders of the campaign for women to be allowed to wear headscarves in public buildings, and called for Turkey to take responsibility for the Armenian genocide.

Speaking to MEE in June 2020, he warned that the conditions for political prisoners in Turkey's jails had become increasingly dangerous as a result of the Covid-19 pandemic. "Political prisoners have been almost left to die, as if designated as prey. And this led to Covid-19 cases being observed in them," he said.

"If these individuals had been fairly tried, they would never have gotten infected with coronavirus in the first place, and in some cases, not have died."

He was first elected to parliament for the HDP in 2018, around a year after he was dismissed from his post in the public sector as a doctor by an emergency decree issued following the July 2016 coup attempt.

His release comes as the HDP - the third-largest party in the Turkish parliament - faces closure after the Constitutional Court put the party on trial last month over its alleged links to the PKK.

Fighting between the PKK and the Turkish state has been ongoing since 1984 and has seen more than 40,000 deaths and accusations of human rights abuses on all sides.

Though the HDP shares political affinity with PKK founder Abdullah Ocalan, it denies links between the two.

Despite this, the party has faced a brutal crackdown since 2016, with scores of local mayors and politicians arrested as well as a MPs and leaders, including former co-chair Selahattin Demirtas and Figen Yuksekdag. 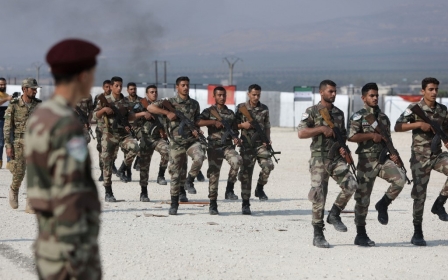