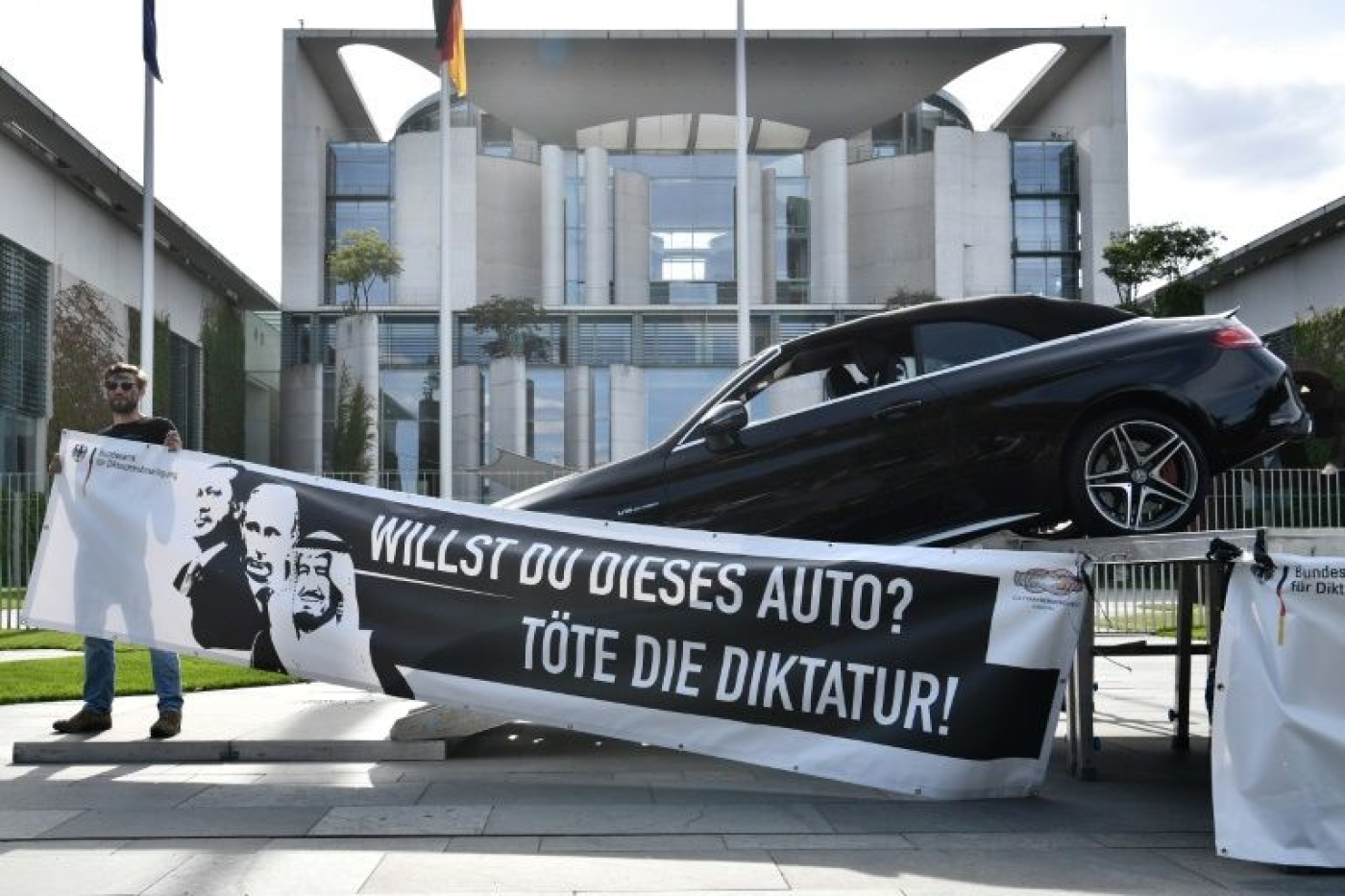 'Do you want this car? Kill dictatorship!' says the slogan on the art installation outside Merkel's office, along with pictures of Erdogan, Putin, and King Salman (AFP).
By
Reuters

Turkey condemned as incitement to violence an art installation in front of the German Chancellery that portrayed President Recep Tayyip Erdogan as a dictator, days before he is due to attend a G20 summit in Germany.

Turkey's foreign ministry, whose relationship with Berlin has soured in the past year over disagreements on a range of political and security issues, said the matter was made graver by the failure of German police to intervene.

The banner was emblazoned with the phrase "Do you want this car? Kill dictatorship."

Critics in Turkey and overseas accuse Erdogan of authoritarian government, citing a purge of thousands of state officials and many arrests following a failed coup last July. Erdogan says the actions are necessary to ensure stability following the putsch attempt that killed more than 240 people.

The foreign ministry statement said it expected German authorities to act against the display. "The expression on the banner...makes a direct call to violence."

The Turkish protest came a day after the German government urged Erdogan to respect its request that he not address Turks living in Germany when he attends this week's Hamburg summit of the world's 20 largest economies.

Erdogan had been infuriated by what he calls "Nazi era tactics" when some local German authorities, citing security concerns, barred Turkish politicians from campaigning in Germany ahead of a referendum on expanding the president's powers in April.