The Turkish foreign ministry on Saturday denounced a decision in Greece to grant asylum to a Turkish helicopter co-pilot, who fled the country after last year's failed coup, as "politically motivated" and warned of a negative impact on bilateral relations.

The co-pilot - who flew seven other Turkish military officers to Greece - was granted asylum after Greek authorities ruled that his human rights would be at risk, in spite of repeated requests for his extradition by Ankara.

The decision "once again reveals that Greece is a country that protects and embraces plotters," the Turkish Foreign Ministry said in a statement, adding that the ruling was "politically motivated".

"Greece has not shown the support and cooperation we expect from an ally in the fight against terrorism," the statement added, warning of an impact on bilateral relations between the two countries.

The decision follows a Greek Supreme Court ruling in January that blocked the extradition of the officers, saying that they would not have a fair trial in Turkey.

Greek courts have blocked two extradition requests by Turkish authorities, drawing an angry rebuke from Ankara and highlighting the tense relations between the NATO allies, who remain at odds over various issues.

The two neighbors teetered on the brink of war in 1974, 1987 and 1996 over long-running disputes over ethnically divided Cyprus, mineral rights in the Aegean Sea and sovereignty over uninhabited islets in the Aegean.

The ruling is also an embarrassment to President Recep Tayyip Erdogan, who asked for the officers to be extradited during a meeting with Greek Prime Minister Alexis Tsipras in December, as part of the first official visit to Athens by a Turkish president in 65 years.

Late Saturday evening, Tsipras tried to contain any fallout from the asylum ruling by calling for the decision to be annulled.

"The Greek government filed on Saturday a request for annulment of the asylum decision taken the day before by the asylum authority," the office of the Greek Prime Minister said.

The co-pilot, who landed in the Greek city of Alexandroupoli hours after the putsch was defeated on 15 July 2016, had denied being part of the coup attempt.

Despite Turkey's assertions, the asylum judges said there was no evidence to suggest the co-pilot had participated in a plot to unseat Erdogan.

According a judicial source, the ruling took into account reports from human rights groups and the Council of Europe that warned Turkey has regularly committed human rights abuses against coup suspects.

A ruling on the seven other military officers is expected to be made in the coming weeks.

During a visit to Greece earlier this month, Turkish Foreign Minister Mevlut Cavusoglu said Ankara did not want Greece to turn into a safe haven for coup plotters.

Officials at the Greek foreign ministry were not immediately available for comment.

More than 140,000 people including judges, lawyers, journalists and academics have been sacked or suspended in Turkey since the failed coup, while some 55,000 people have been arrested over suspected links to US-based Islamic cleric Fethullah Gulen.

Turkey claims Gulen ordered the attempted coup, something he denies. 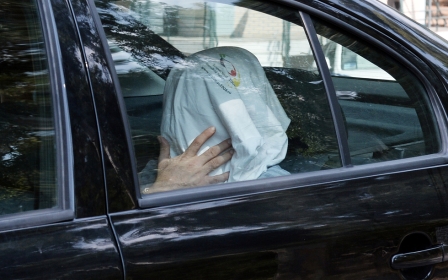