Turkish authorities on Tuesday released Vice journalist and translator Mohammed Rasool after holding him in custody for 131 days.

A source at Vice confirmed to Buzzfeed that Rasool, an Iraqi national, was released on bail, although his movements will remain restricted.

Judicial sources told AFP in Diyarbakir that Rasool still faced trial and was not allowed to leave Turkish territory until the process had been completed.

Rasool was arrested on 27 August with two British Vice journalists – Jake Hanrahan and Philip Pendlebury – while they were covering clashes between police and youth members of the banned Kurdistan Workers’ Party (PKK) in the south-east city of Diyabakir in Turkey.

Hanrahan and Pendlebury were released after 11 days detention on 3 September and deported to the UK. Rasool was kept in pre-trial detention accused of aiding "terrorist groups" in Turkey.

Vice News has previously condemned the charges against its journalists as "baseless" and "alarmingly false".

"Rasool is now looking forward to being reunited with his family, friends and colleagues, who ask for his privacy to be respected during this time," the media outlet said in a statement issued on Tuesday.

Vice has been running a campaign for Rasool’s release, which included running a two-hour blackout on their website on 21 October.

For 2 hours @vicenews is in media blackout in support of detained journalist Mohammed Rasool #FreeRasool pic.twitter.com/g1YfVFu43H

Vice chief executive Shane Smith said pressure needed to be put on Turkish authorities over Rasool's case, because “the very existence of a democracy relies on a free and thriving fourth estate.”

Turkey has come under fire for its treatment of journalists, after a number of journalists were arrested by authorities last year.

After Rasool's release there now 31 journalists imprisoned in Turkey, according to Reporters Without Borders. 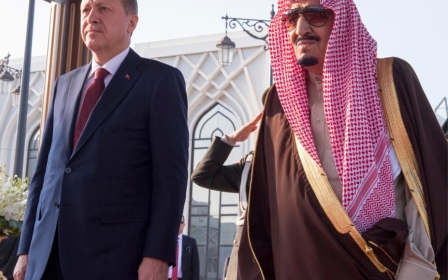