Negotiations over Turkey's EU accession - nearly 10 years in the making - have been overshadowed by concerns over human rights abuses, Kurdish rights and anti-terror laws 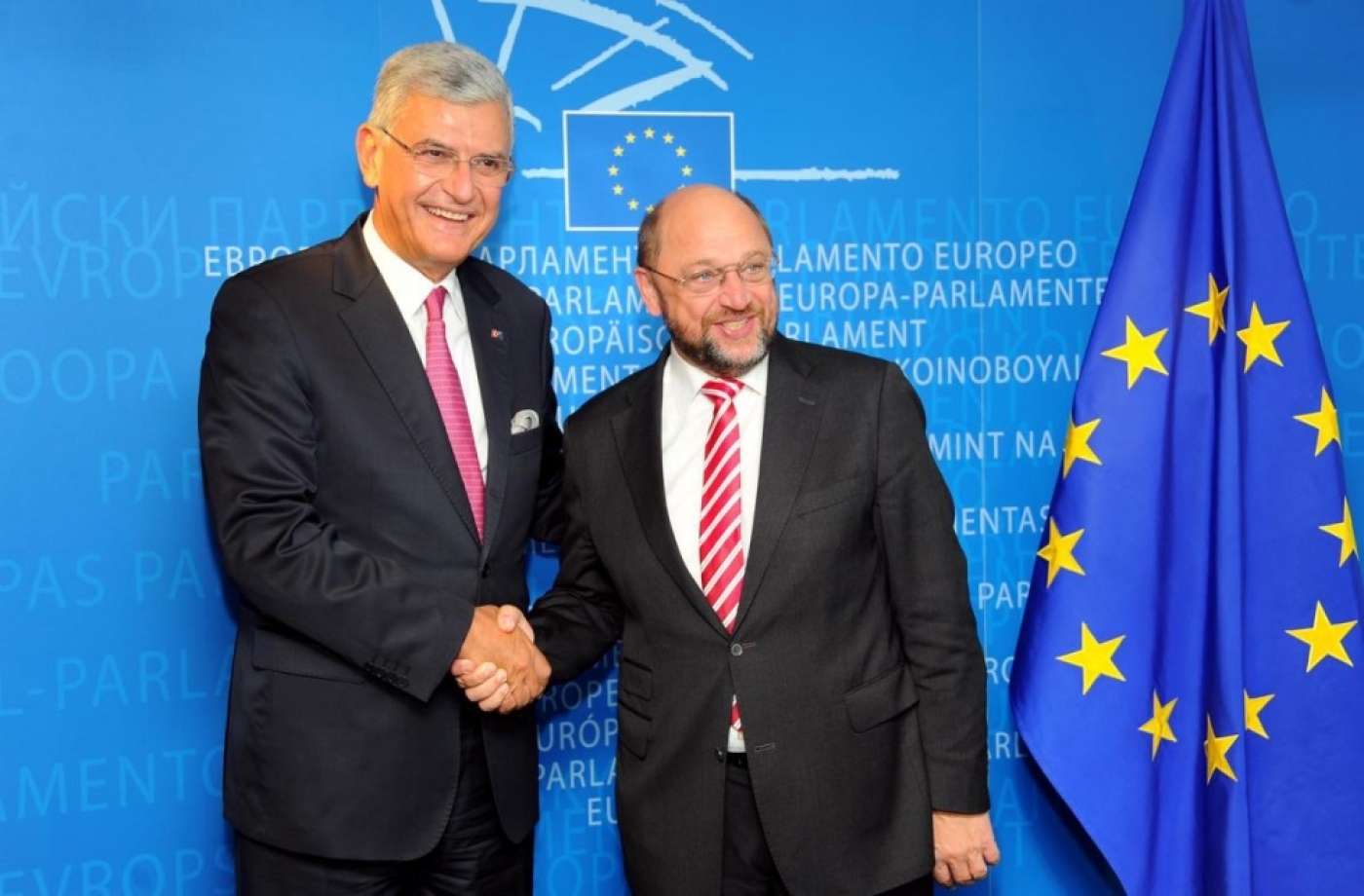 Turkey's EU Minister and Chief Negotiator Volkan Bozkir and President of the European Parliament Martin Schulz on 16 September (AA).
By
MEE and agencies

Turkey has hinted that it will try to speed up the EU visa-waiver for Turkish nationals that had not been scheduled to come into force until at least 2016.

Turkish EU Minister and Chief Negotiator Volkan Bozkir said Turkey would focus on introducing the agreement "as soon as possible."

Bozkir’s remarks came during his first official visit to the European Parliament on Wednesday.

He said EU accession remains one of Turkey's strategic goals and Ankara "continues to adopt political, social and economic reforms" to achieve this.

Turkey began EU entry talks in 2005 and signed an agreement to allow visa-free travel in the EU for Turkish citizens at the end of last year. However, unlike other EU accession countries such as Macedonia, Serbia and Montenegro, Turkish nationals have so far had to wait for the agreement to be finalised in 2016.

In three weeks, the EU will issue an accession progress report on Turkey’s efforts to meet EU standards.

Bozkir told The Anadolu Agency: "As in the past, Turkey will continue its intensive reform process."

He said Turkey's strategy towards the EU, due to be published this week, included three phases: political reform; adopting the principles of the EU; and a communication strategy to improve the image of Turkey.

Turkey applied for full EU membership in 1987 and was confirmed as a candidate in 1999. In July 2005, Turkey met the last condition for accession by extending a customs union with the EU to all member states including Cyprus, and negotiations for its membership began.

An October 2012 report submitted by the European commission underlined Turkey’s need for judicial reform and criticised human rights abuses, Kurdish rights and anti-terror laws. So far negotiations have been overshadowed by such concerns.

While Turkey continues to bolster its efforts towards joining the EU, Turkey and Macedonia expressed their shared hope of joining the European Union as their prime ministers met in Ankara on Wednesday.

Ahmet Davutoglu and Nikola Gruevski spoke at a press conference after their meeting.

“We have deep-rooted historical ties, we have social relations too, and on this basis we are developing strong economic and political relations.”

He said Turkey would continue supporting Macedonia’s bid for NATO and EU membership and hoped that one day both countries would be EU members.

Unlike Turkey, since December 2009, Macedonians have not needed visas to visit EU member states in the Schengen zone which includes most of the union's countries.

Gruevski added: "Both countries are open to dialogue and are working together to further improve bilateral and economic relations."

He called for Turkish investment in Macedonia, referring to the country as a “tax haven.”

During his visit, Gruevski will visit Istanbul, Izmir, Eskisehir, Mersin and Adana. 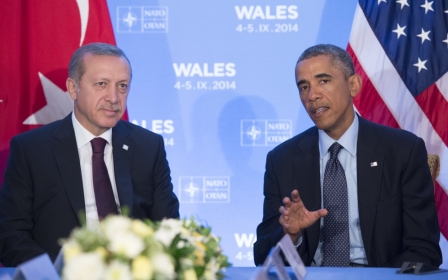