Turkey threatens to retaliate if US halts weapons sales 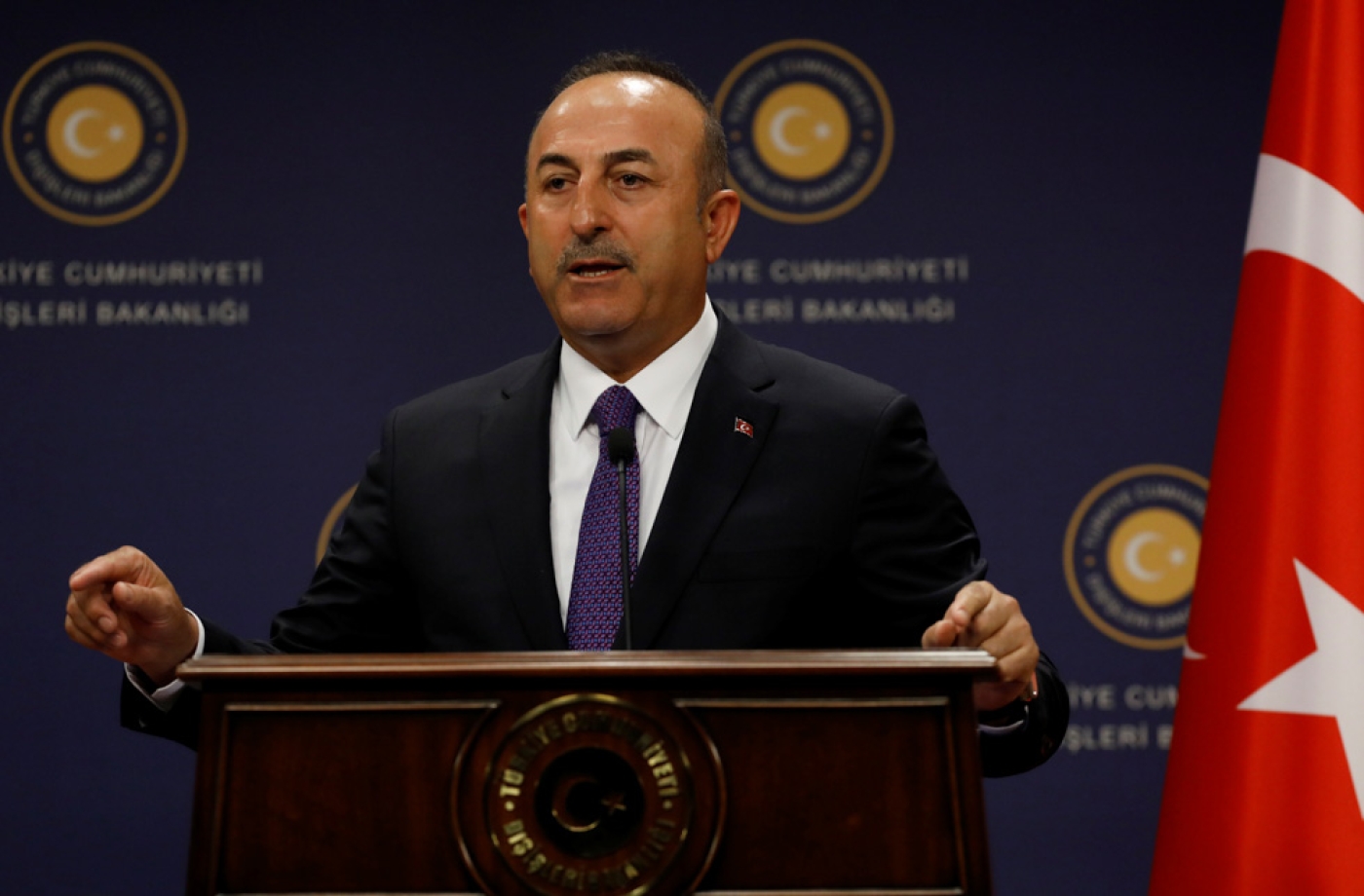 Turkish Foreign Minister Mevlut Cavusoglu, who issued the warning, during a meeting with NATO Secretary General Jens Stoltenberg (Reuters)
By
MEE and agencies

Turkey has vowed to retaliate if the United States halts weapons sales to the country, Foreign Minister Mevlut Cavusoglu said on Sunday.

Cavusoglu said that a proposal put forward in the US House of Representatives to temporarily halt weapons sales was not fitting of the alliance between NATO allies.

"If the United States imposes sanctions on us or takes such a step, Turkey will absolutely retaliate," Cavusoglu told local broadcaster, CNN Turk. "What needs to be done is the US needs to let go of this."

US representatives released details on Friday of a $717bn annual defence policy bill, including efforts to compete with Russia and China and the measure on weapons sales to Turkey.

The House Armed Services Committee is due to debate next week the annual National Defense Authorization Act (NDAA), which authorizes the level of defence spending and sets policies controlling how the funding is used.

The legislation would ask the Defense Department to provide Congress with a report on the relationship between the United States and Turkey and would block the sale of major defence equipment until the report was complete.

Although Turkey is a NATO ally, relations between Ankara and Washington recently have deteriorated.

Turkey supported the US fight against Islamic State (IS) but has become increasingly worried about US backing for the Syrian Democratic Forces (SDF), a Kurdish-led coalition of fighters in Syria.

The SDF has been Washington’s primary regional ally in the fight against IS and has received US equipment and air support. US special forces are also based in the northern Kurdish controlled regions of Syria.

Turkey has long claimed that the group is linked to the Kurdistan Workers' Party (PKK), a Kurdish militant group that has waged a bloody insurgency against Turkey. Like Turkey, the US considers the PKK a terrorist group.

Turkey signed an agreement with Russia in December to buy S-400 surface-to-air missile batteries as part of Ankara's plans to boost its defence capabilities amid threats from Kurdish and Islamist militants at home and conflicts across its borders in Syria and Iraq.

The move to buy S-400s, which are incompatible with the NATO systems, has unnerved NATO member countries, which are already wary of Moscow's military presence in the Middle East, prompting NATO officials to warn Turkey of unspecified consequences.

Cavusoglu dismissed the warnings, saying Turkey's relations and agreements with Russia were not an alternative to its ties with the West and accused the United States of trying to control Turkey's actions.

"Turkey is not a country under your orders, it is an independent country ... Speaking to such a country from above, dictating what it can and cannot buy, is not a correct approach and does not fit our alliance," he said.

The proposed NDAA also includes steps to compete with Russia and China, including imposing new sanctions on Russia’s arms industry and banning government agencies from using Chinese made technology.

Turkey has committed to buying 116 of state-of-the-art F-35A fighter planes.

A separate bill introduced last month also sought to block the transfer of the aircraft because of Turkey’s imprisonment of an American pastor, Andrew Brunson.

The three senators introducing that bill issued a statement expressing concern that Turkish President Tayyip Erdogan had embarked on a "path of reckless governance and disregard for the rule of law".

"Turkey's strategic decisions regrettably fall more and more out of line with, and at times in contrast to, US interests. These factors make the transfer of sensitive F-35 technology and cutting-edge capabilities to Erdogan's regime increasingly risky," Republican James Lankford said in the statement.