Turkey trains and deploys hundreds of police to Syria

Video shows Syrian recruits chanting 'long live Erdogan' in first wave of up to 5,000 police being trained by Ankara Turkey has trained and deployed up to 450 Syrians as police in Turkish-controlled areas of north Syria, reports in Turkish media have said.

Turkey reportedly aims to train more than 5,000 Syrian police officers as a part of a project to ensure the security of its borders with Syria.

The Turkey-trained Syrian forces will reportedly be deployed in Turkey-controlled areas of northern Syria with the first group heading to Jarabulus, a key town that was taken over from Islamic State (IS) fighters in August as part of its Operation Euphrates Shield.

According to Turkish media, the Turkey-trained Syrian security forces includes members linked to the FSA and is headed by General Abdel Razaq Aslan, a defector from the Syrian army.

According to Turkish security expert, Sinan Ulgen, this move is an attempt by Turkey to ensure the presence of pro-Turkey forces in northern Syria even if a peace deal is reached.

“At some point the Turkish military operation across the border in Syria will need to end," said Ulgen, a Turkish foreign policy expert and visiting scholar at Carnegie Europe in Brussels. "If there were to be a political settlement in Syria, Turkish military troops will need to come back home.

"At the same time, Turkey wants to make sure that in the aftermath [of a peace settlement] the territory that was cleared of IS on the one hand and the Syrian Kurds, the PYD in particular - given these were the twin objectives of the Turkish military operation - would be safe-guarded by a pro-Turkey element of the Syria opposition," explained Ulgen.

The Euphrates Shield operation is largely focused on combating Islamic State, but Ankara is also determined to prevent the Kurdish YPG militia, which it sees as a hostile force, from linking together the territory it controls along the border between Turkey and Syria.

"As things stand, it has become increasingly clear that ... the FSA’s capabilities are rather limited. It would therefore make sense for Turkey to train Syrians ...to go back to as part of the local law enforcement in order to consolidate and safeguard the territory against IS and the PYD," said Ulgen.

Peace talks between the warring sides in Syria began on Monday in the Kazakh capital Astana, although the opposition said they would not negotiate face-to-face with the government in the first session.

The Astana talks are the first time the opposition and representatives of Syrian President Bashar al-Assad have come together since UN-brokered negotiations in Geneva were suspended early last year.

The Syrian government considers most of the rebel groups attending the conference to be foreign-backed "terrorists", but says it is ready to engage in talks with armed groups that surrender their arms and enter reconciliation deals.

Rebel groups under the banner of the Free Syrian Army (FSA) have rejected these terms, saying their goal is to end President Bashar al Assad's rule through a UN-backed political transition process. 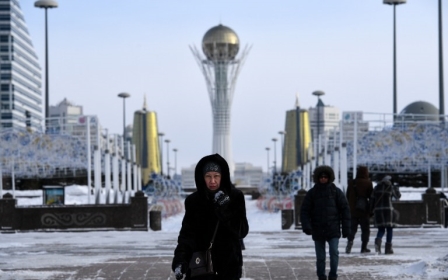 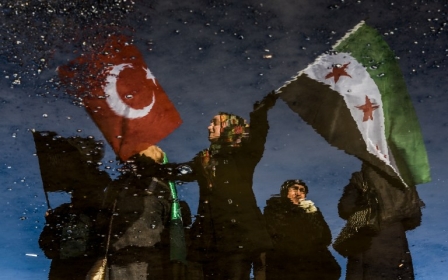 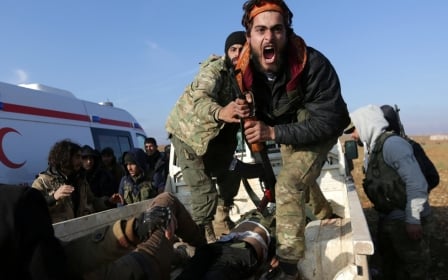