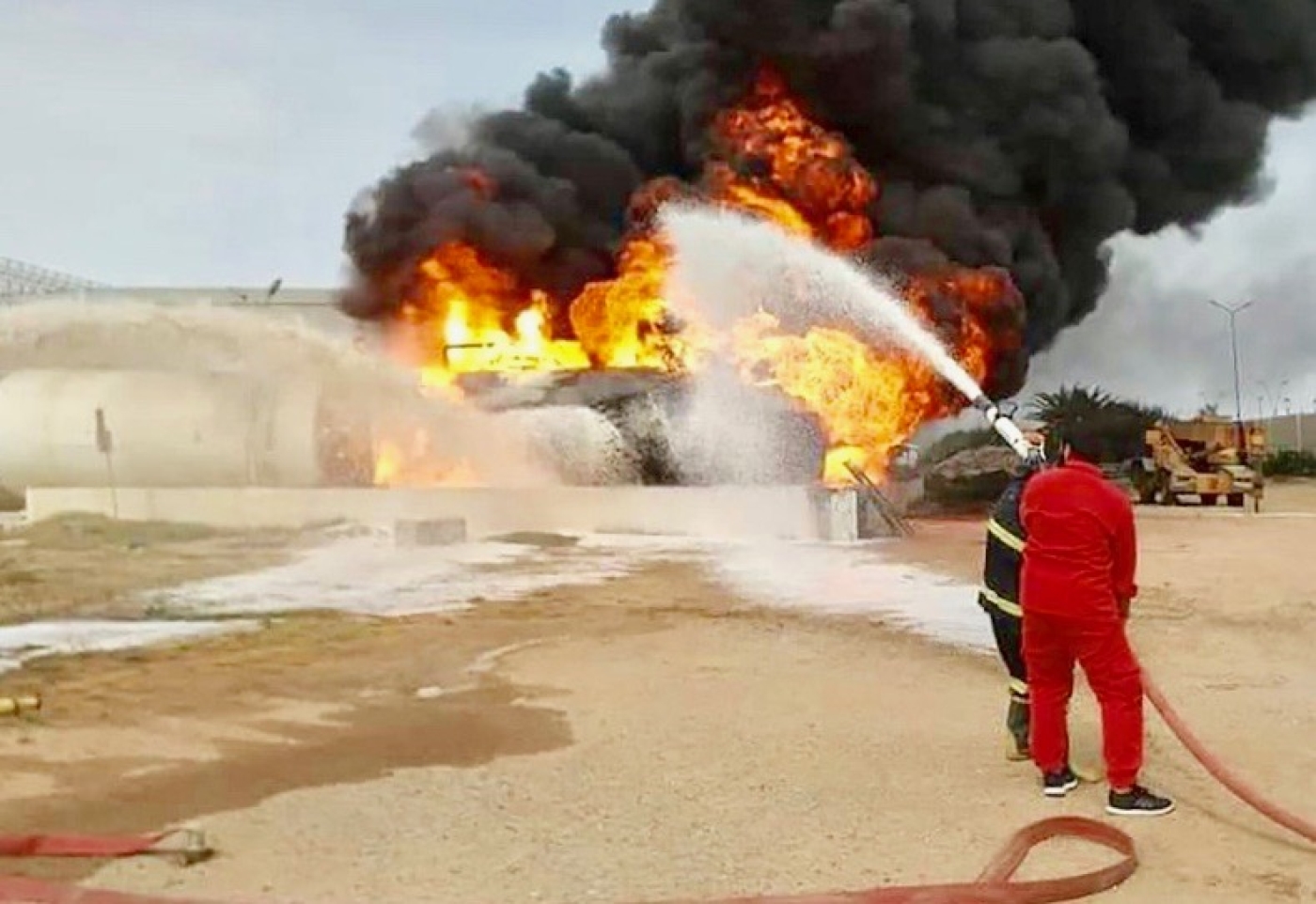 Libya's Government of National Accord (GNA) said on Sunday that at least four civilians were killed as rockets rained down on the capital Tripoli and damaged its only working airport.

The UN-recognised GNA blamed Saturday's attacks on eastern military leader Khalifa Haftar, who has been waging a campaign to take control of the capital since last April, according to AFP.

GNA supporter Turkey warned that it would target Haftar's forces if attacks continued on Ankara's missions and "interests", citing the airport.

Haftar's forces "fired more than a hundred rockets and missiles at residential areas in the centre of the capital," the GNA said in a statement on Facebook. Tripoli residents described the bombardment as the worst so far in weeks of fighting as the GNA attempts to stop Haftar's campaign to seize the capital and push his forces out of artillery range, Reuters said.

At least four civilians, including a five-year-old girl, were killed and 16 others wounded in the working-class districts of Abu Salim and Ben Gashir, south of the city, the GNA's health ministry spokesman Amin al-Hashemi said.

Turkey warned that Haftar's forces would become "legitimate targets" if such attacks continued.

"We stress that if our missions and interests are targeted in Libya, Haftar's forces will be considered legitimate targets," the Turkish Foreign Ministry said.

"The attacks on diplomatic missions including our Tripoli embassy, Mitiga airport, civilian planes preparing to take off and other civilian infrastructure, and those who kill civilians or injure them, constitute a war crime," it added.

Mitiga airport was badly damaged on Saturday and came under renewed rocket fire on Sunday morning.

Images of an aircraft with its fuselage ripped open and of a badly damaged runway and airport buildings were posted on social media.

Libya's National Oil Corporation (NOC) said on Saturday that rockets and missiles hit a fuel depot at the airport, destroying four tanks and damaging the facility's other six.

The United Nations Support Mission in Libya (UNSMIL) called the bombardment "an all too familiar but frightening spectacle".

"These horrifying attacks occur on a regular basis in close proximity to civilian neighbourhoods," UNSMIL said on Twitter.

Since Wednesday, 17 civilians and two police officers have been killed and more than 66 other civilians wounded in rocket fire targeting several areas of the capital, according to the GNA.

UNSMIL slammed the attacks hitting civilians and civilian infrastructure and called for "those responsible for crimes under international law to be brought to justice".

Still, the GNA said international condemnation was not enough.

"We no longer pay any attention to the timid condemnations of the international community, incapable as it is of naming" Haftar, holding him to account or stopping those who support him, the GNA said.

"The senseless acts... of the past days... are proof of his weakness and desperation after the successive defeats of his militias and mercenaries," it added.

Foreign military involvement in Libya has exacerbated the conflict, with the United Arab Emirates, Egypt and Russia backing Haftar.

World leaders at a Berlin meeting in January committed to ending foreign meddling and to upholding a 2011 weapons embargo, but the UN has warned that both sides have continued to receive arms and fighters.