After 6,000 detained since attempted coup, EU commissioner says list of those to be rounded up must have been prepared ahead of time A senior European Union official on Monday suggested that Turkey had prepared for thousands of people to be arrested prior to Friday night’s failed military coup attempt.

Over 6,000 people have been detained in connection with the coup attempt which President Recep Tayyip Erdogan has blamed on his rival, US-based cleric Fethullah Gulen, according to Turkey's justice minister.

Among those detained are 103 generals and admirals, Turkish state media reported on Monday.

The EU commissioner dealing with Turkey's long-stalled bid for membership of the bloc said it appeared that the government had already prepared a list before the coup of people to be rounded up.

"I mean [that] the lists are available already after the event indicates that this was prepared and at a certain moment should be used," EU enlargement commissioner Johannes Hahn told reporters.

Judges and military commanders are among those who have been arrested over the weekend as Erdogan vows to stamp out the "virus" of the coup plotters.

Several senior military figures, and a top judge have been detained, and over 2,500 other judges across the country dismissed.

The government also said that almost 3,000 soldiers had been arrested in a major purge of the armed forces. On Monday morning, Turkish daily Hurriyet reported that 7,850 police officers have also been fired.

Also on Monday Saudi authorities reportedly detained the Turkish military attache to Kuwait, who was attempting to fly from the eastern Saudi city of Dammam to Germany, for his suspected involvement in the coup.

Erdogan faced down the coup bid late on Friday by elements in the military disgruntled with his 13-year rule. But Turkey's allies have warned him against excessive retribution as the authorities round up the perpetrators.

EU foreign police chief Federica Mogherini said on Monday morning that Turkey must respect the rule of law in responding to the coup attempt.

"We are the ones saying today rule of law has to be protected in the country, there is no excuse for any steps that take the country away from that," Mogherini said as European Union foreign ministers met in Brussels.

"As we have been the first ones to say that in that tragic night [of Friday's coup attempt], the democratic and legislative institutions needed to be protected," she told reporters.

"Today we will say together with ministers that obviously doesn't mean that rule of law and the system of checks and balances in the country does not count. On the contrary, it needs to be protected for the sake of the country.

"So we will send a strong message on that."

Turkey's attempts to join the 28-nation EU have been hobbled in recent years by concern over Erdogan's increasingly authoritarian record on human rights and press freedom.

But the EU agreed to speed up its membership bid and give visa-free travel to Turks as part of a refugee crisis deal in which Ankara agreed to take back people landing in the Greek islands.

French Foreign Minister Jean-Marc Ayrault said that "the rule of law must prevail".

"France has condemned the coup, you can't accept the military taking power," he said. "At the same time, we have to be vigilant that the Turkish authorities don't put in place a system which turns back democracy."

Belgian Foreign Minister Didier Reynders also urged restraint, saying: "It's normal to punish those involved in the coup, but it's normal to ask for respect for the rule of law." 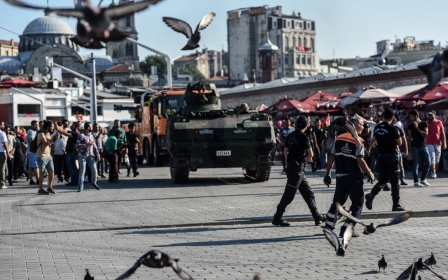 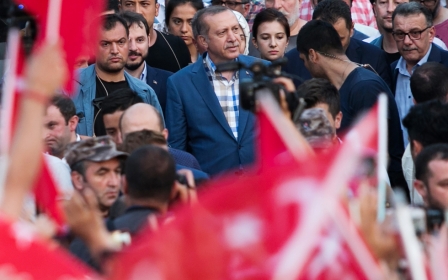