Turkey's Halkbank says it will seek dismissal of US indictment

Halkbank's lawyer says New York federal court has no jurisdiction over his clients, as bank refuses to appear in court on charges Turkey's state-owned Halkbank, which has been criminally charged by US  prosecutors with helping Iran evade sanctions, will seek to dismiss the case against it, the bank's lawyer has said in a letter.

Andrew Hruska, a lawyer for Halkbank, sent a letter on Monday to US District Judge Richard Berman in Manhattan, stating that the bank was not agreeing to appear in court on the charges, Reuters news agency reported.

The bank has permitted Hruska to appear in court, but only to ask for a dismal of the case. In the letter, Hruska said that Halkbank would also seek to have the judge recused from the case.

Hruska, without giving details, said the judge had "made statements both in and out of the courtroom that call into question the court's impartiality".

A hearing is scheduled for the case on Tuesday, and prosecutors have said they may seek a fine against Halkbank if it refuses to appear.

US prosecutors on 15 October charged Halkbank with fraud and money laundering over an alleged "multibillion-dollar scheme to evade US sanctions on Iran".

The US government is accusing the bank of using money, businesses and front companies to transfer $20bn in oil revenues to Iran - money that would have been restricted by Washington's sanctions against the Islamic Republic.

Hruska said in Monday's letter that the bank's "incidental contacts with the US are insufficient to establish... jurisdiction" in the New York federal court, Reuters said.

But the charges in this case are levelled against Halkbank itself, with Washington seeking the forfeiture of the reported $20bn obtained by the bank as a result of the alleged scheme.

The charges against Halkbank came less than 24 hours after US President Donald Trump issued sanctions against Turkey over Ankara's military offensive in northern Syria.

While the US brokered a ceasefire agreement on 17 October and lifted the economic sanctions imposed over the offensive, the charges levied against Halkbank are related to US sanctions against Iran. 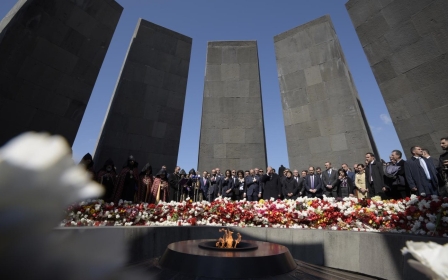 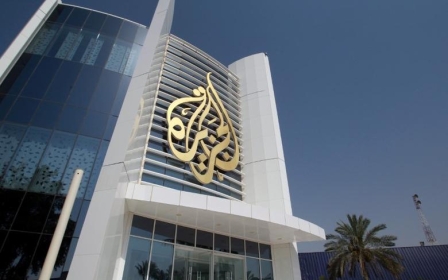