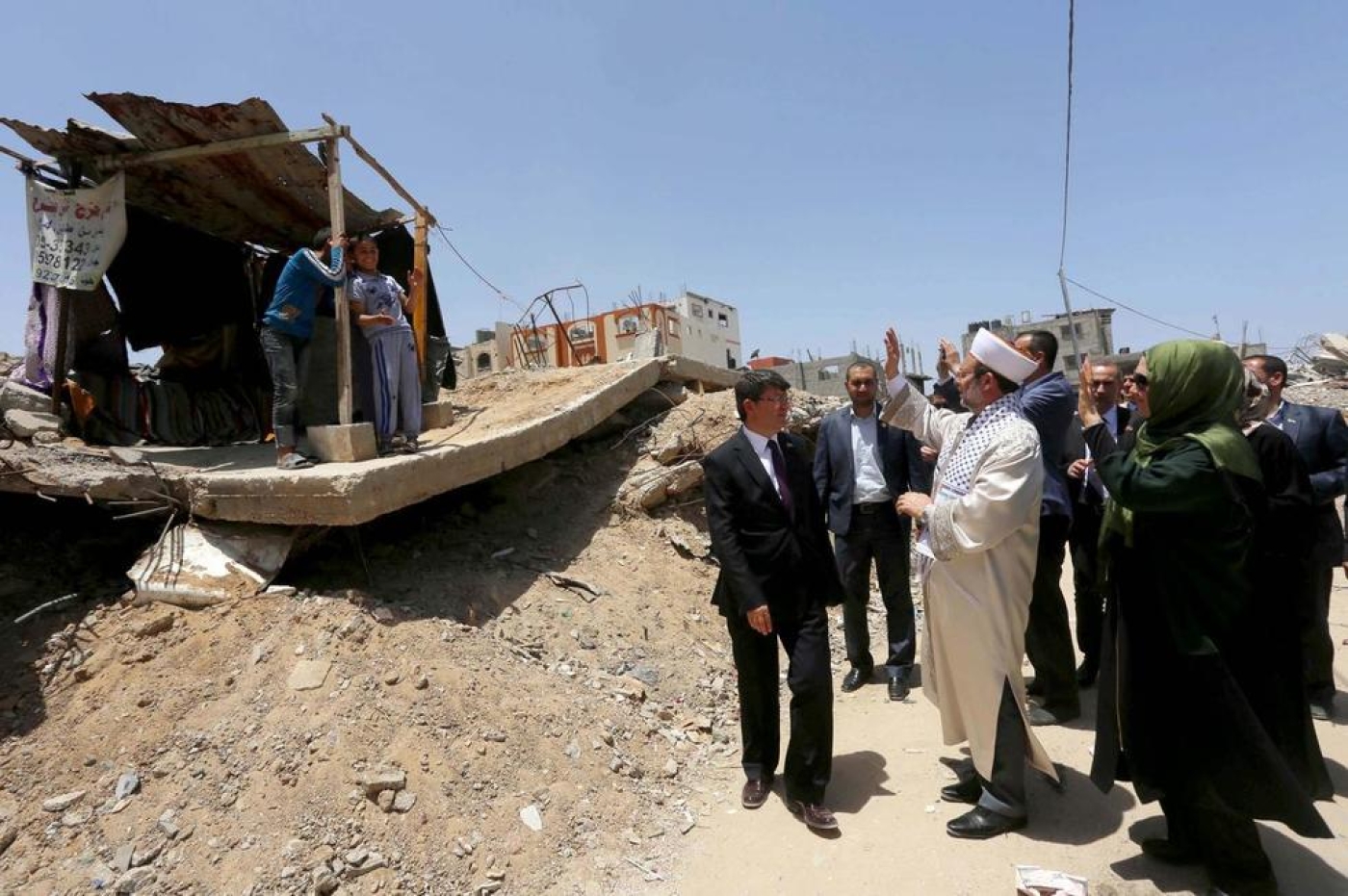 Turkey's head of religious affairs has promised on Sunday that his country would help rebuilt mosques in the Gaza Strip which were destroyed during Israel's military offensive last summer, Palestinian papers reported on Sunday.

The president of the Turkish Presidency of Religious Affairs, Mehmet Gormez, is on a two-day visit to the Gaza Strip, accompanying a delegation of 22 officials.

Gormez requested that the new mosques would include more education facilities, in addition to them being houses of worship, reported Felesteen Online.

Meanwhile in Israel, the news was reported by Reshet Bet radio on Monday with the claim that mosques – numbered 19 - were used by Hamas to "launch missiles" against Israel, in a bid by Tel Aviv to justify the shelling of religious sites.

During the visit, Gormez met with Ismail Haniyeh, deputy chairman of the Hamas political bureau in Gaza, who praised Turkey's assistance to Palestinians.

"Gaza in particular and Palestine in general praises Turkey's support in all domains," Haniyeh said, hailing the "reliable and sacred" bond between the two sides.

"Turkey has always offered political and economic support to the Palestinians," the senior Hamas leader said.

"We will never forget the Turkish blood that was spilt on the Mavi Marmara aid flotilla in a bid to break the siege on the Gaza Strip," Haniyeh added.