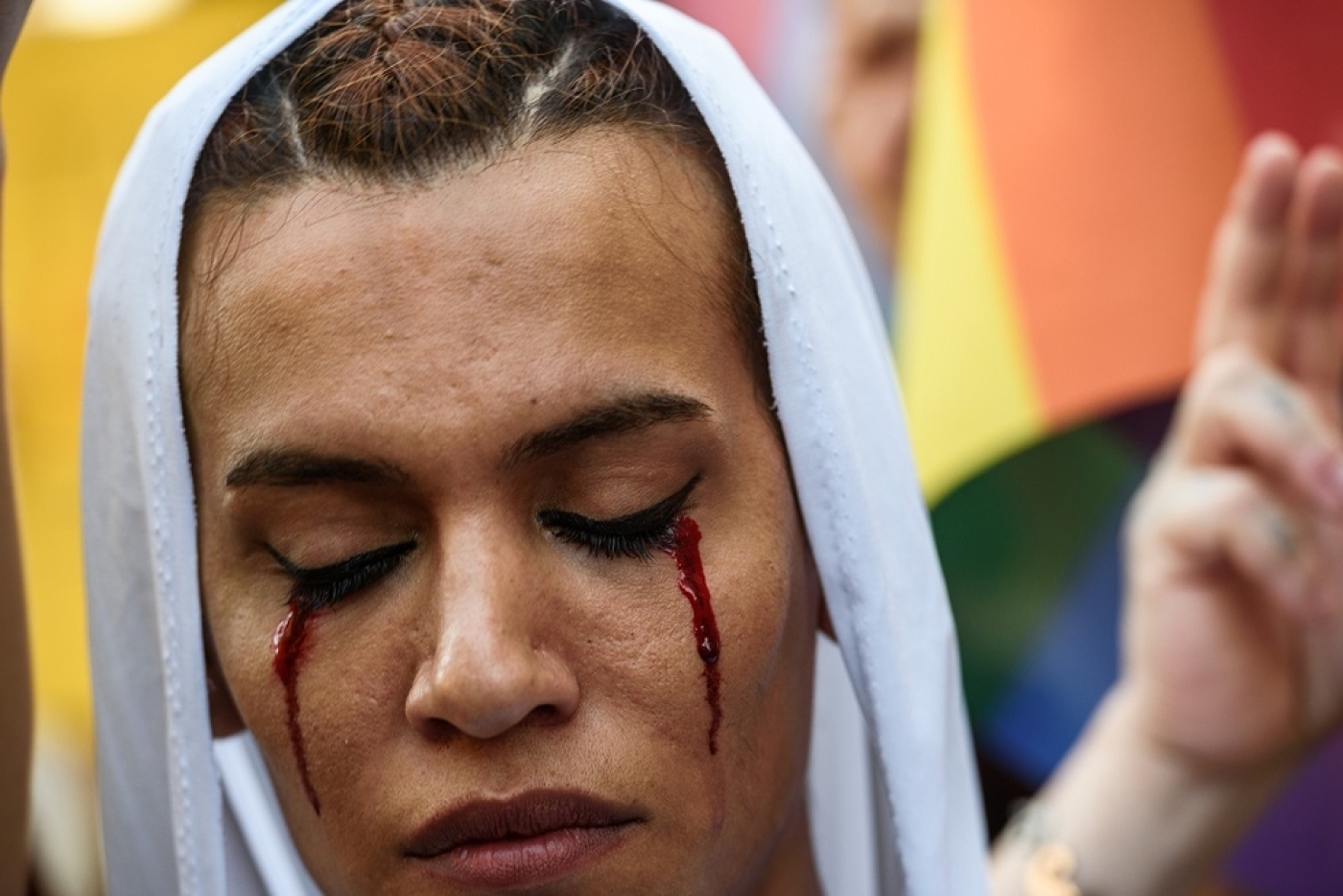 A transgender rights group in Turkey has warned of further deaths if action is not taken against a “transphobic mentality,” after protests broke out following the brutal murder of a trans activist in Istanbul.

The body of Hande Kader was discovered, burned beyond recognition, in the upper-middle class Istanbul district of Zekeriyaköy last Tuesday.

Kader, a 23-year-old LGBT rights activist who earned her living through sex work, had disappeared a week previously, and was last seen getting into a client’s car.

She had been raped before being murdered – it is not clear whether she was set alight before or after being killed.

Her murder, and the brutality with which it was carried out, sparked a rare protest among Istanbul’s LGBT population and their allies on Sunday.

Dozens of activists, some of whom painted tears made of artificial blood, gathered at a public square in Istanbul on Sunday night.

There was also a small solidarity demonstration in the eastern city of Malatya on Monday.

A statement released by LGBT Family, a rights group active in Turkey, on Monday warned that further violence would be directed against Turkey’s LGBT community if action is not taken against what it called the “transphobic mentality”.

“Hande was not the first woman to be a victim of hate crime,” the statement read. “We want justice for Hande, and justice for everyone.”

The statement also condemned the silence of Turkish media surrounding her murder.

Kader’s death has been extensively reported by Western news sites but, according to the group, has gone virtually unreported in local press.

UN agencies issued a joint statement on Sunday condemning the murder of Kader, as well as the murder of Wissam Sankari, a gay Syrian refugee whose body was found beheaded and burned in Istanbul last month, close to where Kader was discovered.