Turkish aid arrives in Gaza after normalisation with Israel 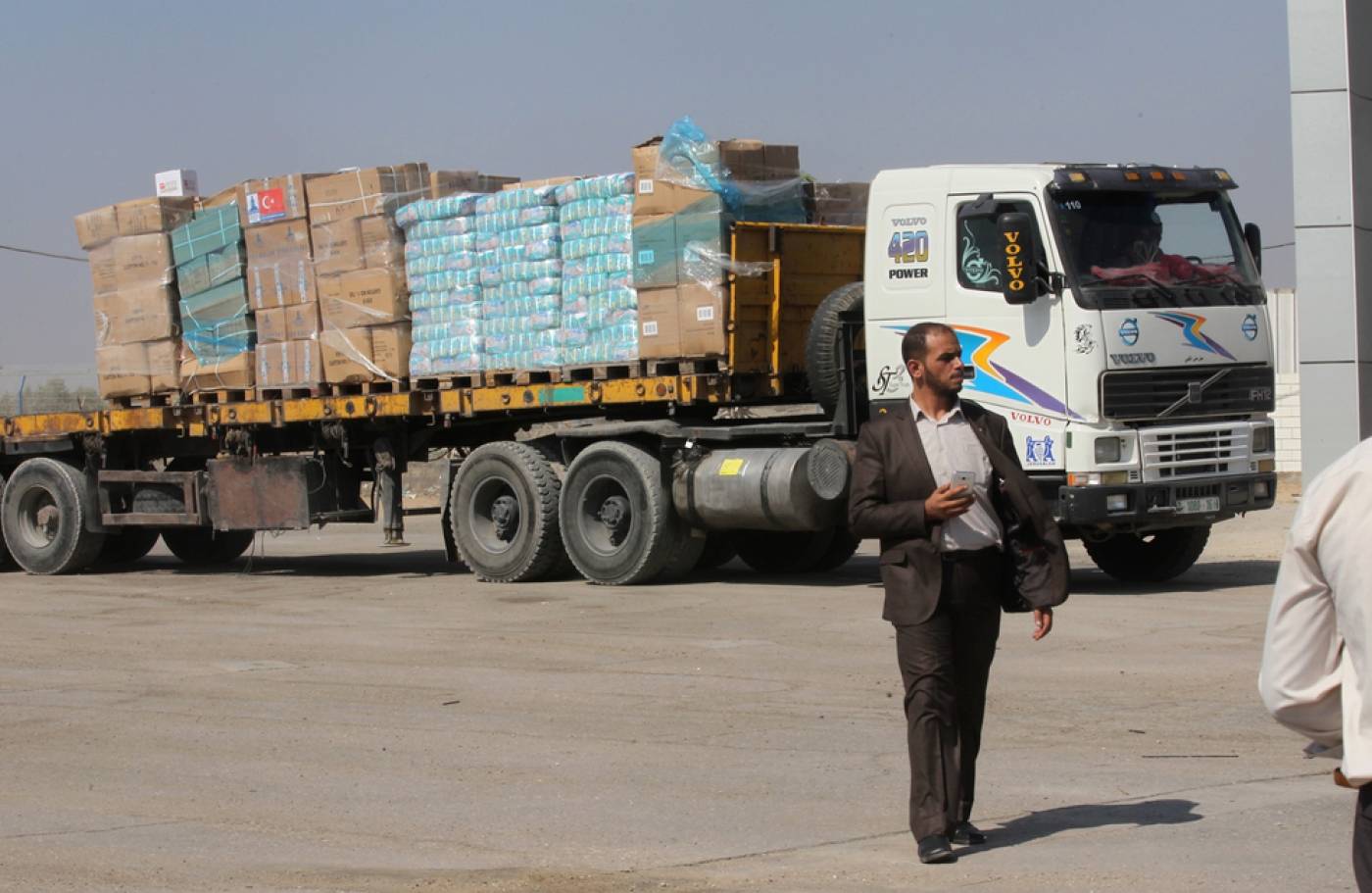 Turkish aid arrived in the Gaza Strip on Monday via Israel, after the two countries restored ties frozen over a deadly Israeli raid on a Gaza-bound Turkish ship in 2010.

Turkish and Palestinian officials welcomed 10 truckloads of supplies, including food parcels, toys, children's clothing and shoes as they reached the impoverished territory in time for the Muslim Eid celebrations on Wednesday marking the end of Ramadan fasting.

"These are the first Turkish aid trucks into Gaza," Mustafa Sarnıc, Turkey's ambassador to the Palestinian Authority, told a press conference near the Kerem Shalom crossing with Israel.

"Turkey will continue its efforts to help the residents of the Gaza Strip and to help solve the water and power crisis."

On Sunday, the first Turkish ship carrying aid for Gaza arrived in Israel.

The Panama-flagged Lady Leyla container vessel docked at Ashdod port in the afternoon after departing on Friday, an AFP journalist reported.

Its contents were to be unloaded, inspected and sent on to Gaza, which has been hit by three wars with Israel since 2008 and is under an Israeli blockade.

Youssef Ibrahim, the Hamas deputy minister of social affairs, said the shipment would be distributed to those most in need by his ministry along with the Turkish and Palestinian Red Crescent societies.

It was due to be the first of many, he added.

Turkey had initially pushed for a lifting of Israel's years-long blockade of Gaza as part of the negotiations to normalise ties, but Israel rejected this.

A compromise was eventually reached allowing Turkey to send aid through Ashdod rather than directly to the besieged Palestinian enclave.

Israel says the blockade is necessary to prevent Hamas from receiving materials that could be used for military purposes.

But UN officials have called for it to be lifted, citing deteriorating conditions in the territory. Rights groups have termed the siege "collective punishment".

Turkey's ruling Islamic-rooted Justice and Development (AKP) party has friendly ties with Gaza's Hamas rulers, and President Recep Tayyip Erdogan has been a vocal supporter of the Palestinian cause.

Turkey and Israel were formerly close regional allies, but fell out in 2010 when Israeli commandos killed 10 Turkish activists in a raid on a humanitarian flotilla seeking to break the blockade.

Under the reconciliation deal, Israel will pay $20m in compensation to the families of those killed.

Prime Minister Benjamin Netanyahu has promoted the economic benefits of restoring ties, with talk of building a pipeline to Turkey to export Israeli gas, and the need to find allies in the turbulent Middle East.