Though female wrestling in Turkey is in its early days, Yesirlirmak managed to take bronze at the World Championships 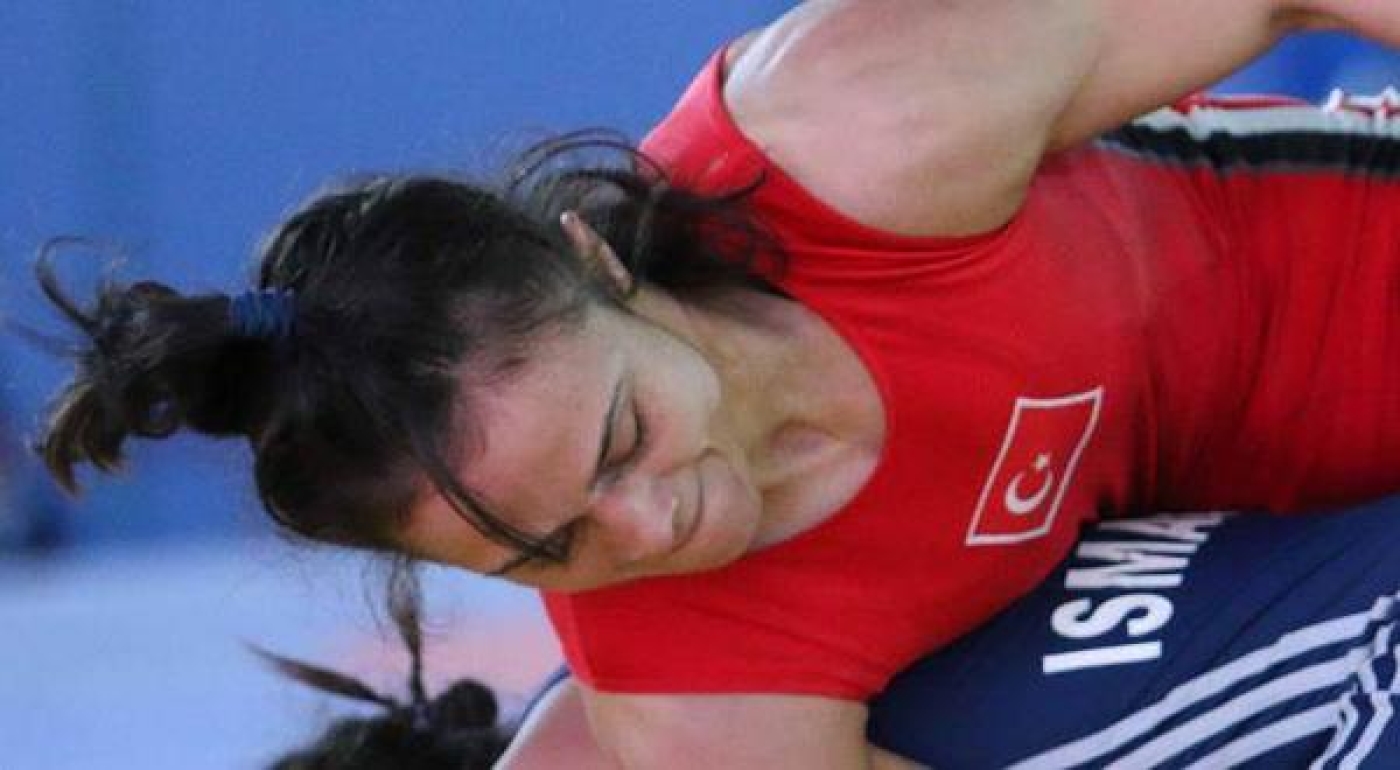 Turkish female wrestler Elif Jale Yesilirmak won a bronze medal in the World Wrestling Championships 58 kilograms category on Thursday, becoming the first Turkish woman in history to make it to the finals to compete among the world’s top female wrestlers.

28-year old Yesilirmak won the bronze medal, defeating her Ecuadorian opponent, Lisset Antes, 8-2 in the championships, hosted in Tashkent, the capital of Uzbekistan.

Yesilirmak managed to defeat the Kazakh athlete Aizhan Ismagulova 10-0 in the first round Thursday morning. In the second round, she toppled Hungarian Emese Barka 4-0 to qualify for the quarter finals. In the quarter final round, she lost to Russia's Valeria Koblova 9-0 and had the right to play a 'repechage game' after Koblova advanced to the final.

In the 'repechage' stage, which allows contestants who failed to meet qualifying standards by a small margin to compete in the following round regardless, Yesilirmak defeated her Mongolian opponent Munkhtuya Tungalag 8-0 and succeeded in gaining the right to compete for the bronze medal.

The gold medal went to America’s Adeline Gray, who won the championship for the second time.

Wrestling is a popular pastime in Turkey, and oil wrestling is officially a national sport there.

Oil wrestling, which is actually practiced throughout the Turkic-speaking region, sees competitors douse themselves in olive oil and battle to establish their physical superiority.

Despite the popularity of wrestling in Turkey, the women’s game there has faced the same obstacles as it has worldwide – women’s wrestling was only recognised by the International Federation of Associated Wrestling Styles in 2002.

Female wrestling championships in Turkey began only a few years ago, but Yesilirmak’s success on Thursday will shine the spotlight on the sport and could increase participation.