While Turkey has had an 'open door' policy for Syrian refugees, but as Kurds advance on IS, officials say flow will now be limited 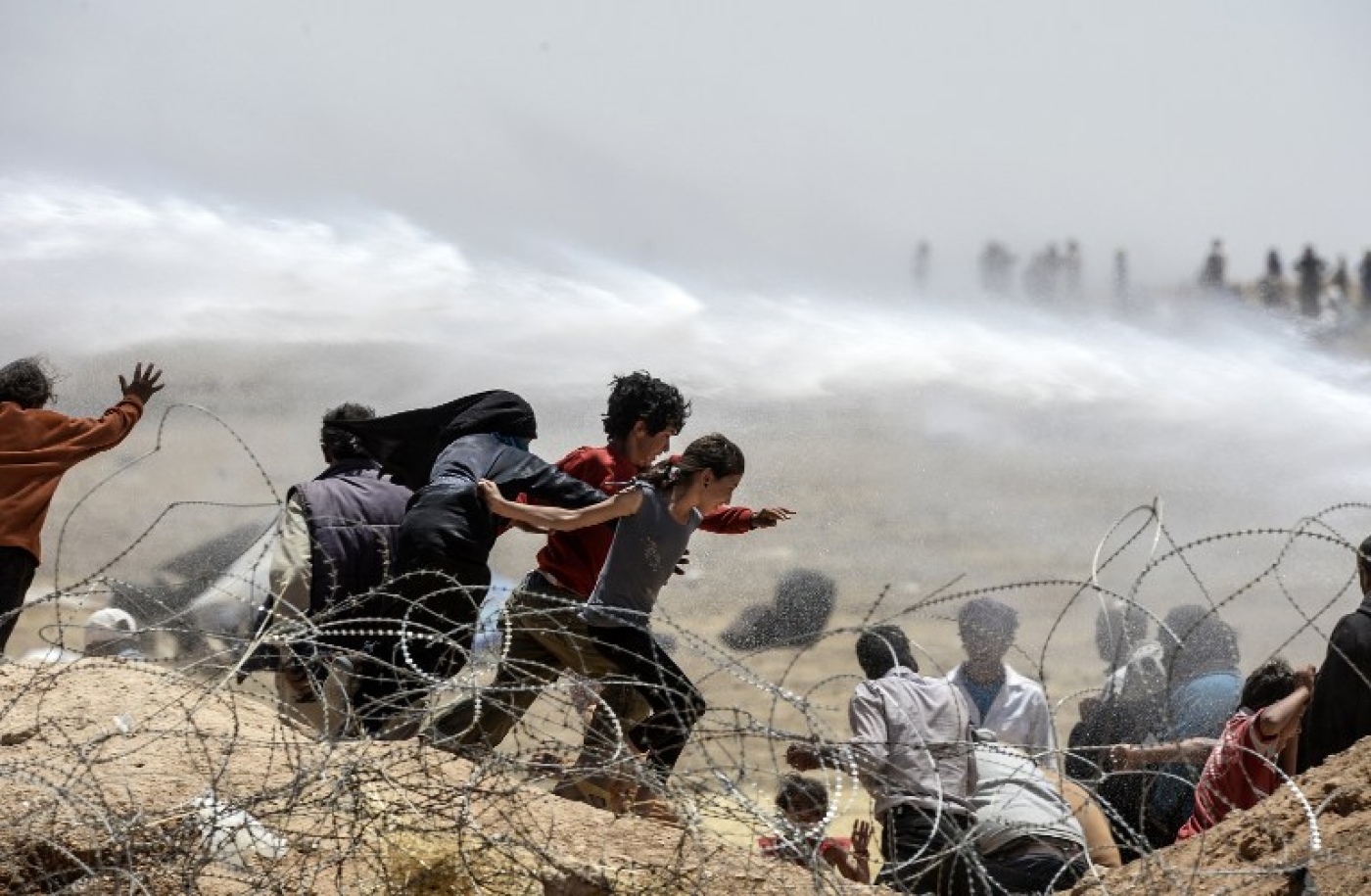 Turkish security forces on Saturday used water cannon and fired warning shots to push Syrians back from the frontier as thousands massed at a border crossing to escape escalating fighting between Kurds and militants, an AFP photographer said.

The Syrians came as far as the barbed wire fences around the Turkish crossing of Akcakale in the southeast of the country but were allowed no further.

They are fleeing a looming battle as Kurdish forces advance on the Syrian town of Tal Abyad, which is held by Islamic State (IS) militants and lies just across the Turkish border.

The Britain-based Syrian Observatory for Human Rights said earlier that Kurdish People's Protection Units (YPG) had advanced to within 10 km of Tal Abyad.

The Turkish forces used jets of water and fired shots into the air to keep the Syrians away from the fence, the correspondent said.

With more Syrians still arriving from Tal Abyad, tensions remained high with Turkish police and soldiers deployed right along the border fence to ensure no one slipped through.

Many of the women arriving from the IS-controlled town were clad in black with full face veils. Many carried white sacks of possessions on their head.

Despite the Kurdish advance, the black flag of IS could still be seen flying over the town of Tal Abyad, the correspondent added.

In the evening several figures - apparently IS fighters - dressed in battle clothing and carrying rifles came up to the fence on the Syrian side of the border, as Turkish soldiers eyed them nervously from the other side.

The bearded fighters encouraged the Syrians at the border fence to return to Tal Abyad. Some started to move back in the direction of the town.

But by late evening, it appeared that all the Syrians had moved back to the border fence to spend the night.

Turkey had said on Thursday it was taking measures to limit the flow of Syrian refugees after an influx of thousands more over the last days due to the fighting between Kurds and militants.

Under an "open-door" policy championed by President Recep Tayyip Erdogan, Turkey has taken in 1.8 million Syrian refugees since the conflict in Syria erupted in 2011.

But Deputy Prime Minister Numan Kurtulmus said at Akcakale crossing on Thursday that new entries would only be considered in case of a humanitarian tragedy.

The government has emphasised that this does not mean any end to the "open door" policy. But it is not clear if the Syrians caught in the current situation will be allowed through.

Officials have said that Turkey has taken in over 13,500 refugees over the last days escaping the fighting over Tal Abyad.

The Turkish government has over the last months expressed increasing bitterness that it has been left to shoulder the burden of refugees while the West stands by.

The government said in April it has spent almost $5.5 bn to provide for Syrian refugees since the crisis began in 2011.