Turkish justice march: PM calls for it to end

Thousands set off on 24-day march from Ankara to Istanbul, in protest at 25-year sentence against CHP politician accused of spying 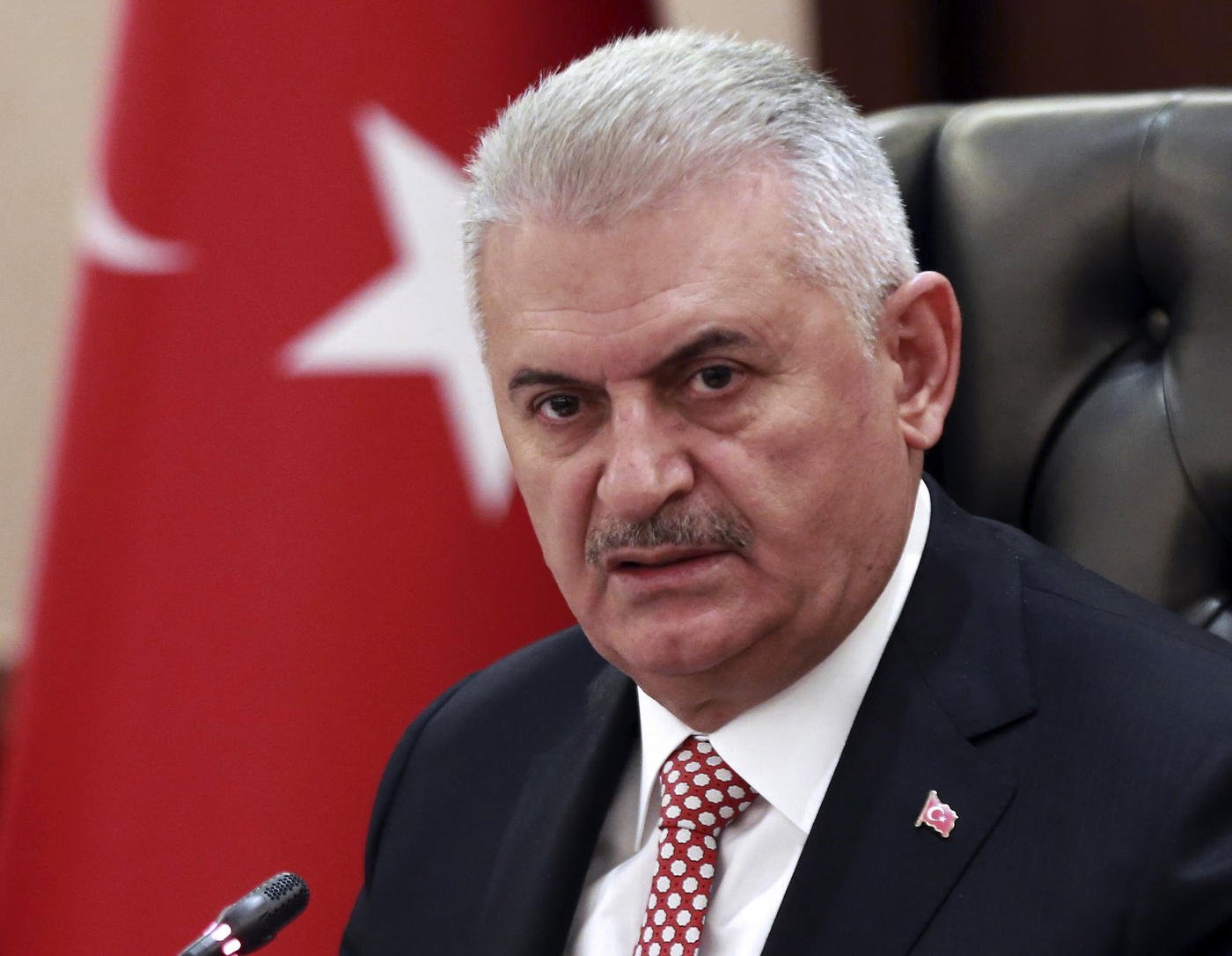 Kemal Kilicdaroglu, leader of the Republican People's Party (CHP), Turkey's biggest opposition party, began a 24-day "Justice March" on Thursday after one of his party's MPs was sentenced to 25 years in prison for "spying". Thousands gathered at a heavily guarded park in central Ankara to show their support and demand justice.

But Yildirim said: “Justice cannot be sought in the streets. It is not becoming of the main opposition party to take to the streets and complain about us to the world. Parliament is the venue for resolutions.

“I advise him to end this now… provocative actions are always possible in such situations. Our interior minister is overseeing all security measures and is in close contact with the CHP people.”

Yildirim also said the CHP was aware of the possibility of seeing MPs arrested, yet supported the lifting of parliamentary immunities in parliament.

“Apart from the HDP, all other parties in parliament supported the lifting of immunity from prosecution, including the CHP,” he said.

Earlier on Friday Justice Minister Bekir Bozdag in a written statement called the CHP justice march “illegal” and said it was an attempt to influence ongoing judicial proceedings.

Bulent Tezcan, CHP deputy chairman and spokesman, said Yildirim’s remarks were a deliberate call on AKP supporters to cause trouble.  “The prime minister speaks of possible provocations," he told reporters. "We know very well what these remarks could mean. These remarks could be construed as an invitation to provoke."

Kemal Kilicdaroglu, chairman of the Republican People's Party (CHP), in an address to the crowd before starting his walk, said the marches would continue until justice was restored in the country.

"Our only demand is justice. This is a holy march; this is not about any political party. We are living under an autocratic administration installed by the 20 July coup," he said, referring to the introduction of a state of emergency on 20 July granting the government expanded powers including the ability to bypass parliament and rule by decree.

"We don't want MPs and journalists in prison in our country. We want justice for everyone," said Kilicdaroglu. "Enough now. This country will get justice. Justice, justice, justice. If a price has to be paid, I am willing to be the first to pay it."

The march is in response to the sentencing of CHP MP Enis Berberoglu on Wednesday to 25 years in prison for engaging in "espionage".

Berberoglu was accused of providing the Cumhuriyet newspaper with video purporting to show Turkey's intelligence agency trucking weapons into Syria.

The newspaper reported in May 2015 that the trucks, which were allegedly owned by Turkey's state intelligence service MIT, were found to contain weapons and ammunition when they were stopped and searched in the southern Turkish province of Adana in early 2014.

Media reports said the weapons were destined for the Islamic State group - a claim the Turkish government denies.

The president, Recep Tayyip Erdogan, at the time said the shipment was from MIT but that it was headed for Turkmen fighters opposed to both Syria's president, Bashar al-Assad, and to IS militants.

Erdogan had publically vowed to ensure that those involved in the publishing of that video would pay dearly, calling them "traitors and spies" for revealing national secrets.

Pro-government supporters say the prosecutors who ordered the search of the MIT trucks were Gulenists, followers of the US-based Muslim preacher Fethullah Gulen whom the authorities accuse of trying to topple Turkey's constitutional order and also of carrying out last July's failed coup attempt.

They also say the media outlet that published those videos must therefore have links to the Gulenists.

Berberoglu's lawyer on Thursday morning launched an appeal against the sentence and arrest at an Istanbul court.

The CHP has called the sentence "politically motivated" and accused judges of acting as pawns of Erdogan and his ruling Justice and Development Party (AKP).

Police sealed off Ankara's Guven Park on Wednesday night after Kilicdaroglu had said he would be there on Thursday with nothing more than a sign reading "justice".

Body searches were carried out on those seeking to enter the area on Thursday and sniffer dogs patrolled to detect explosives.

The Ankara governor's office issued a statement calling for police instructions to be observed to ensure safety.

Some of the chants from the crowd as Kilicdaroglu started his march towards Istanbul were directed at Erdogan and the AKP.

Don't remain silent, it will be your turn if you do

The protesters only carried signs that read "adalet", justice in Turkish. No political party symbols or flags were on display.

'Not a palace decision'

The AKP in its first reaction on Wednesday rejected the CHP's labelling of the court verdict as being instructions from the presidential palace.

Bulent Turan, an AKP MP, speaking in parliament said: "It is ridiculous to call a judicial decision a palace decision."

Speaking after the CHP staged a walkout from parliament, he said: "Threatening to leave parliament is an insult to those who voted for you. You [CHP] also voted to lift the immunity from prosecution of MPs. It wasn't just an AK Party decision."

The CHP has also come in for criticism from non-AKP supporters for keeping silent when MPs from the pro-Kurdish Peoples' Democratic Party (HDP) were imprisoned after the state of emergency was introduced.

The government has used expanded powers granted to it under the state of emergency to launch a large-scale purge of opponents.

More than 40,000 have been arrested and the number of people sacked or suspended from their jobs exceeds 125,000.

Erdogan, in a speech on Wednesday, said state of emergency measures only targeted terrorist organisations and any criticism of the government regarding human rights and democracy were the result of "ideological bias".

The CHP has also announced the holding of a "justice watch" in each of Turkey's 81 provinces.

The party has said the justice watches, similar to the democracy watches that were held after the failed 15 July coup attempt, will continue until the independence of the judicial system in the country is restored.

Hundreds of people, including CHP MPs, on Thursday started gathering at Macka Democracy Park, the designated venue for the Istanbul watch. A vigil was also expected in front of the Maltepe prison in Istanbul where Berberoglu is currently being held.

There have been no confrontations or clashes between security forces and protesters at any of the events.