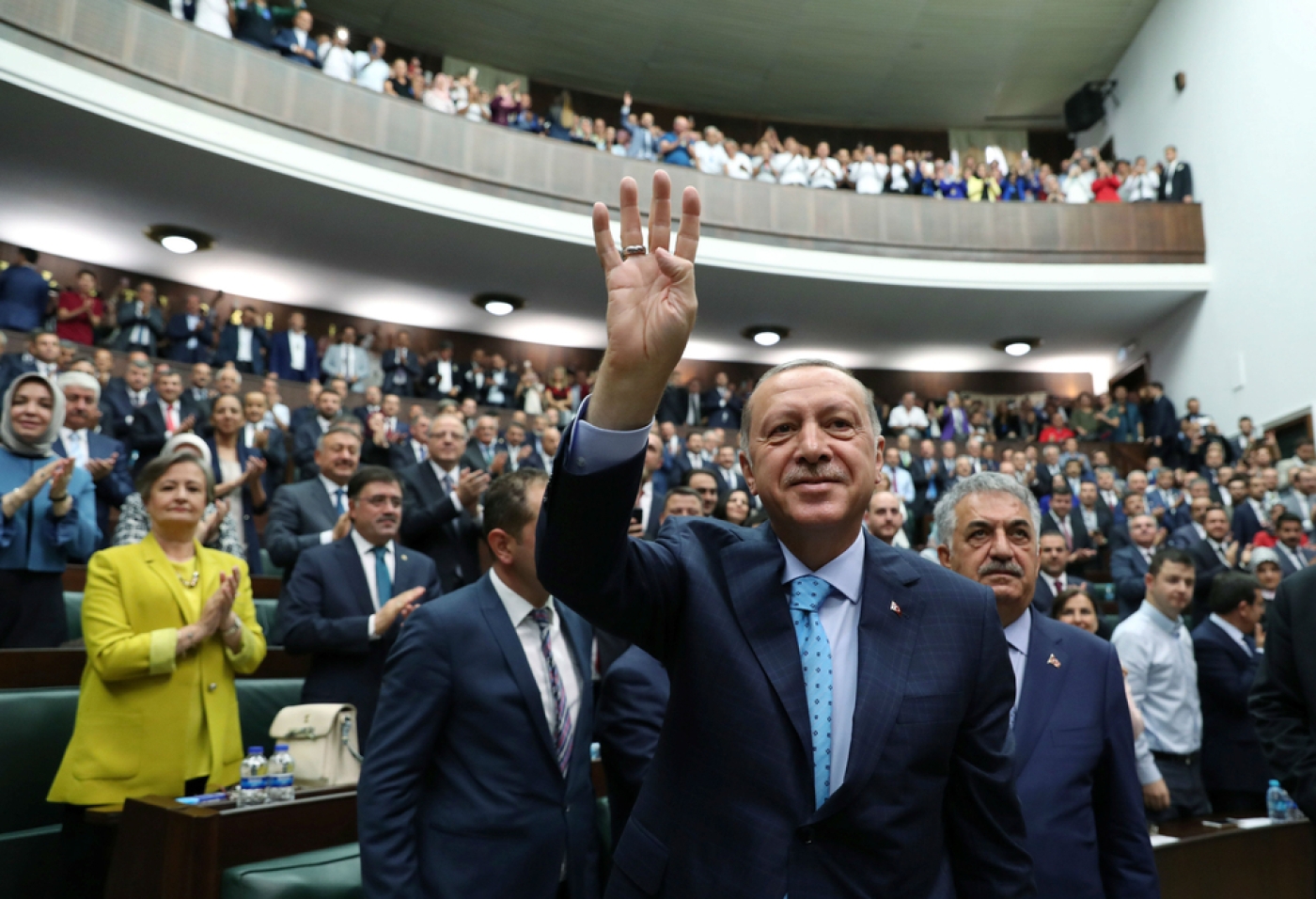 The Turkish parliament has passed a new anti-terrorism law that strengthens the authorities' powers in detaining suspects and imposing public order, after a two-year state of emergency ended last week.

The legislation, approved on Wednesday, grants broader authority to local governors, extends detention periods and allows public servant dismissals if there are links to or contacts with terrorist organisations or other perceived threats to national security.

The regulations allow authorities to control who can enter and exit an area for 15 days for reasons of security, while suspects can be held without charge for 48 hours or up to four days if there are multiple offences.

This period can be extended on two occasions under special circumstances.

Parliamentarians had completed approval of the individual articles of the law late on Tuesday.

The bill's backers say its regulations will strengthen security and help ease Turkey out of the tumultuous period it has witnessed over the past two years.

They also argue that the law is needed to safeguard the country from the followers of US-based cleric Fethullah Gulen, who Ankara accuses of being behind the coup attempt. Gulen denies the charges.

"We held meetings with our intelligence, police and related ministries, and decided that we need another three years to remove this terror group to the core from our country," Cahit Ozkan, the deputy chairman of AKP ruling party's parliamentary bloc, told MEE last week.

"That’s why we limited the law up to three years. After that, we plan to turn back to normal rule of law."

However, opponents of the law have warned that the new measure will stifle freedoms and serve as a de-facto emergency law.

"The state of emergency had negative effects on our democracy and economy," he said.

"Because of the state of emergency, the number of foreign investments to our country has been reduced and inflation, interest rates and the current deficit are higher now. The main reason is because Turkey is getting far away from democracy."

The state of emergency, declared after the failed 2016 coup, expired on 18 July. But President Recep Tayyip Erdogan's opponents say the new executive presidency and the latest security measures give him sweeping powers to stifle dissent.

Under the presidential system, Erdogan is able to issue decrees on executive matters and appoint and remove senior civil servants, including some judges and prosecutors.

Some 160,000 people have been detained under emergency rule and nearly the same number of state employees have been dismissed, the UN human rights office said in March. Of those detained, about 77,000 have been formally charged and kept in jail during trial, the interior minister said in April.

Critics of Erdogan accuse him of using the failed coup as a pretext to quash dissent. Turkey says the measures are necessary to combat threats to national security.