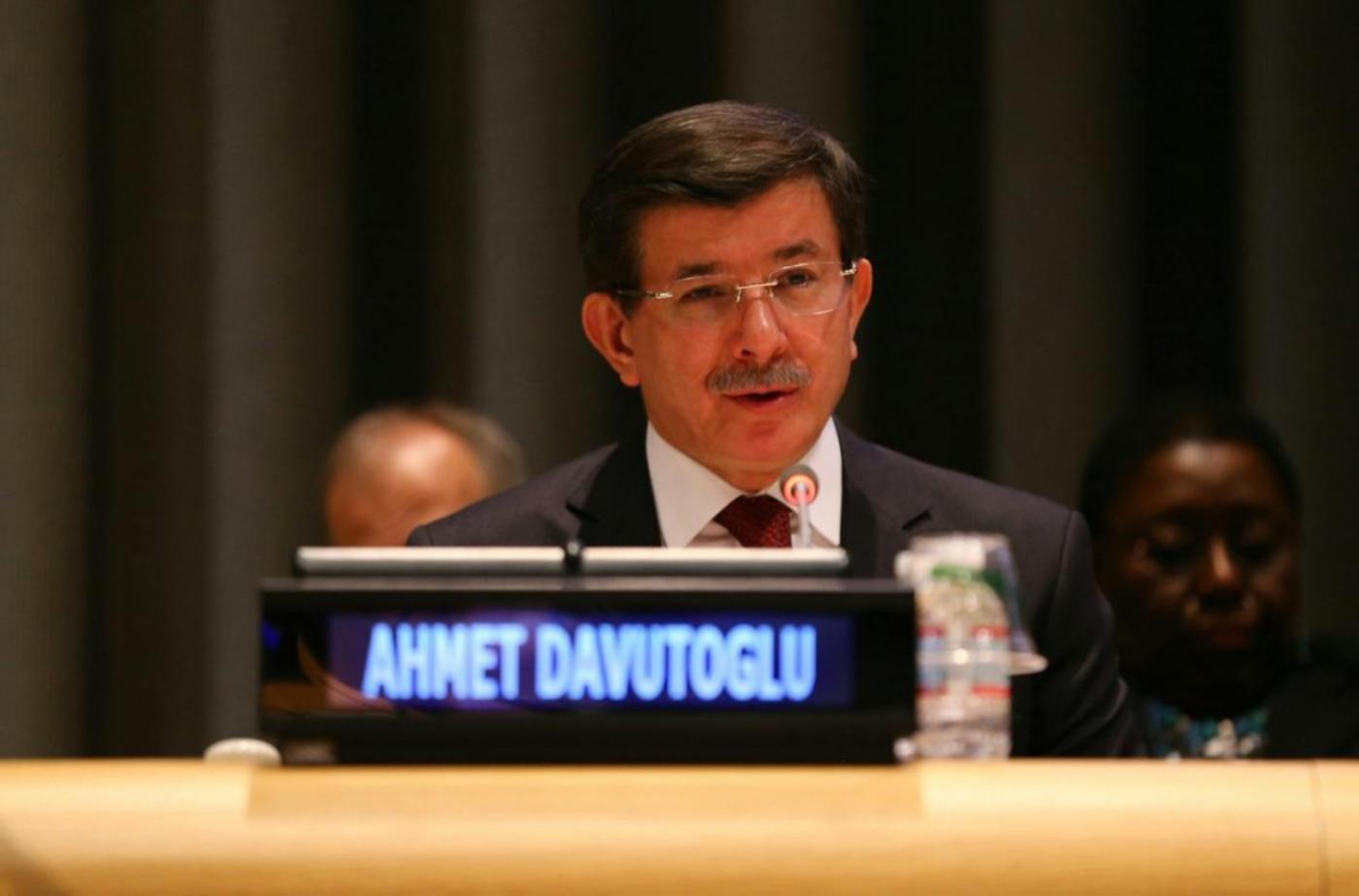 ANKARA - Turkish Prime Minister Ahmet Davutoglu has resigned following the dissolution of the cabinet by President Recep Tayyip Erdogan, but will remain in his post until a new government is formed.

The Justice and Development party (AKP) was the largest party in Tukey's parliamentary elections on Sunday but following the loss of its single-party majority, it will be have to begin negotiations about forming a coalition government or calling new elections.

Erdogan is likely to ask him to form the new government once the final results are published by electoral authorities.

The ruling AKP's failure in Sunday's polls to keep its parliamentary majority for the first time since it came to power in 2002 has left the country facing either a coalition government or snap elections.

Erdogan hosted Prime Minister Ahmet Davutoglu for an hour of closed-door talks inside the vast new presidential palace in Ankara.

"Mr President accepted today the resignation of the cabinet that was presented by Mr Prime Minister Ahmet Davutoglu," Erdogan's office said in a brief statement.

A government source told AFP that the expected move was purely procedural and Erdogan would host Davutoglu again at a later date to discuss starting coalition talks with other parties.

'No coalition with AKP'

There are however no straightforward coalition options, making snap elections a real possibility.

Erdogan can call snap elections within 45 days if efforts to form a coalition are unsuccessful.

The AKP won 41 percent of the vote, followed by the Republican People's Party (CHP) on 25 percent, the Nationalist Movement Party (MHP) on 16.5 percent and the pro-Kurdish People's Democratic Party (HDP) in fourth place with 13 percent.

The result was a huge blow for the AKP which has been largely unchallenged in its political dominance of Turkey over the last 13 years.

The MHP, which shares the AKP's conservative and religious outlook would be the most natural partner, but is opposed to many aspects of the peace process with Kurdish rebels.

The CHP has bitterly denounced Erdogan as a dictator but its leader Kemal Kilicdaroglu has left open the door to a coalition, saying it would be "disrespectful" to voters to leave the country without a government.

"As perplexing as it may seem, I would bet on the grand coalition for Turkey," said Sinan Ulgen, visiting scholar at Carnegie Europe, in a report.

The HDP, whose charismatic leader Selahattin Demirtas was the star of the campaign, has clearly ruled out taking part in any coalition.

"We are clear on this situation. We will not have a coalition with the AKP," said Demirtas, adding that the AKP and CHP should try and form a coalition as the two biggest parties.

The result was an immense breakthrough for the HDP, which managed to easily surmount the 10 percent threshold needed to win seats and resoundingly defeat the AKP in the Kurdish-dominated southeast.

The elections were also a bruising blow for Erdogan, the co-founder of the AKP who served as premier from 2003-2014 and as president since August last year.

Erdogan wanted the AKP to win a super majority to push through a new constitution that would give him reinforced powers as president. But instead Turkey has a hung parliament.

To the amusement of pro-opposition bloggers, Erdogan - usually ubiquitous on television and making several appearances a day - has almost vanished from sight since the election and made no spoken comment.

As president, Erdogan should have in theory remained neutral in the campaign but instead waded in on the side of the AKP, blasting opponents at every opportunity.

Turkish media reports have indicated many AKP officials privately admit their campaign badly misfired, with many voters put off by Erdogan and Davutoglu's incendiary but divisive rhetoric.

The Hurriyet daily reported that if Davutoglu fails to form a government the AKP could call an extraordinary congress in August and find a new party leader and premier, possibly Erdogan's predecessor as president Abdullah Gul.

With post-election tensions still high in Turkey's main Kurdish city of Diyarbakir, four people were killed including the leader of an Islamist charity in clashes between rival Kurdish groups in the city.

Markets have also been rattled by the political uncertainty and on Monday shown heavy losses. But they were calmer Tuesday with the BIST 100 stock index up 0.44 percent and the Turkish lira flat against the dollar.

Aytac Baran, the leader of the Ihya-Der charity group, was shot dead by unknown gunmen outside his home in Diyarbakir, prompting a gunfight that left three others dead and four injured, hospital sources told AFP.

Violence frequently breaks out between Huda-Par and HDP supporters, who are seen by critics as close to the PKK.

The violence came after three people were killed and dozens more wounded in an attack on an HDP rally in Diyarbakir last week, in the final days of the election campaign.

Prime Minister Ahmet Davutoglu announced that one person had been arrested over that attack but no further details have been given.

Demirtas suggested in an interview with CNN broadcaster Monday that the Islamic State (IS) militants who have captured swathes of neighbouring Iraq and Syria were linked to the attack on the rally.

Despite a peace process to end a decades-long insurgency by the PKK, southeast Turkey remains volatile.

Dozens of people were killed in the region in pro-Kurdish protests late last year over Turkey's Syria policy.