'A single-party government needs to be ensured to fight both the terror plague and economic challenges,' Ahmet Davutoglu told the AKP congress. 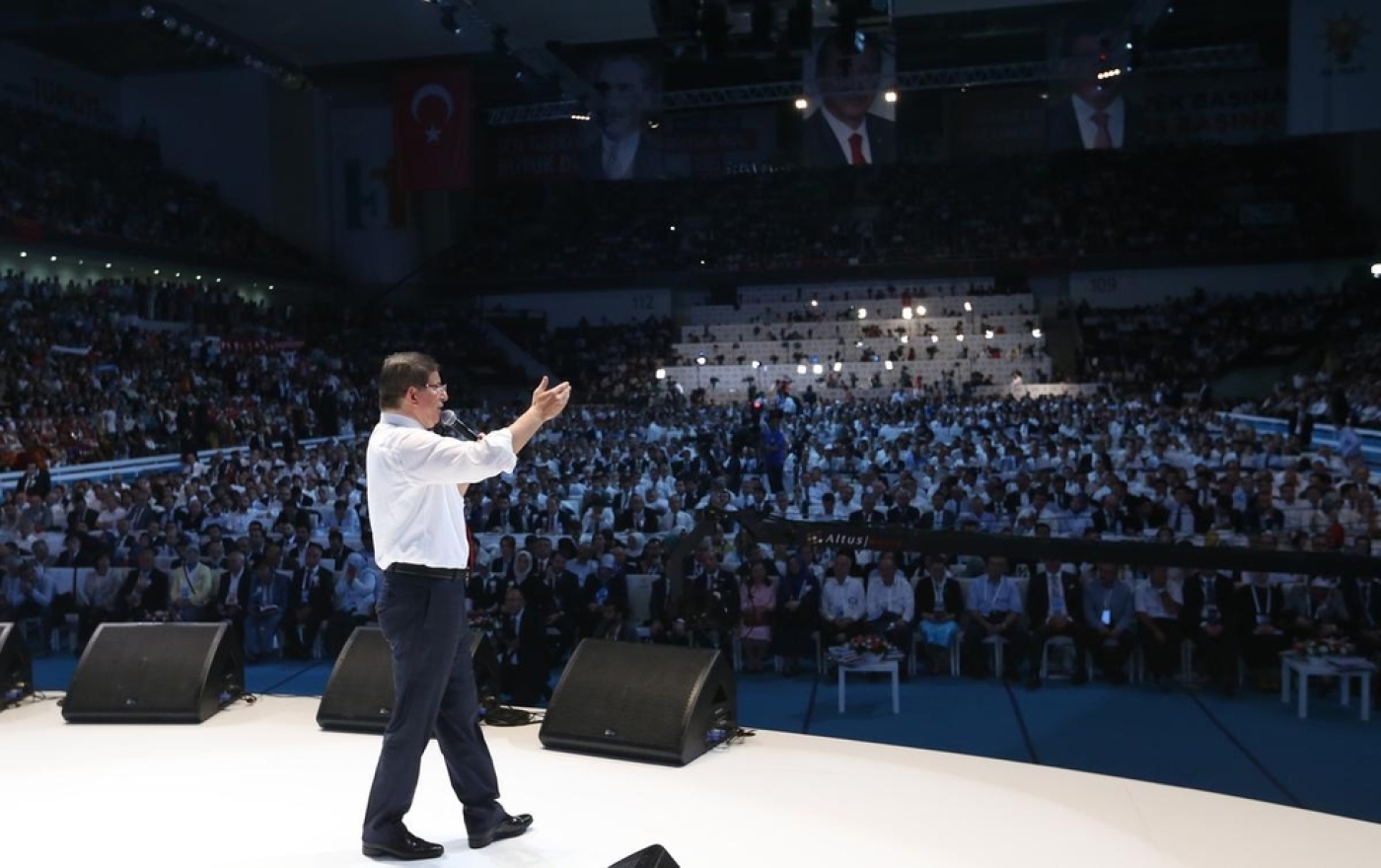 Prime Minister Ahmet Davutoglu on Saturday said Turkey needed a single-party government to fight "terror," as the country prepares for snap November polls and the army battles against Kurdish militants.

Davutoglu sought to stir the faithful at the congress of the ruling Justice and Development Party (AKP) in Ankara with a rousing speech presenting the AKP as the natural party of power after it lost its overall majority for the first time in 7 June elections.

"A single-party government needs to be ensured to fight both the terror plague and economic challenges," said Davutoglu.

In the June election, the party lost its overall majority in the 550-seat parliament for the first time since coming to power in 2002, despite winning the most votes.

The result wrecked President Recep Tayyip Erdogan's dreams of a powerful presidency with full executive powers, as the pro-Kurdish HDP party made a breakthrough to secure seats in the parliament.

Erdogan did not attend the congress on Saturday, but his two increasingly high-profile daughters - Esra and Sumeyye - sat in the front row.

After the June elections, Davutoglu held inconclusive talks with opposition parties to form a coalition government.

Erdogan then called the 1 November snap polls and gave Davutoglu a mandate to form an interim "election government" including opposition party figures until the vote was held.

Amid the political uncertainty, the government has waged a self-declared "war on terror" against the outlawed Kurdistan Workers' Party (PKK) in the southeast and in northern Iraq.

Some analysts have questioned whether the polls will move forward given the current instability within the country.