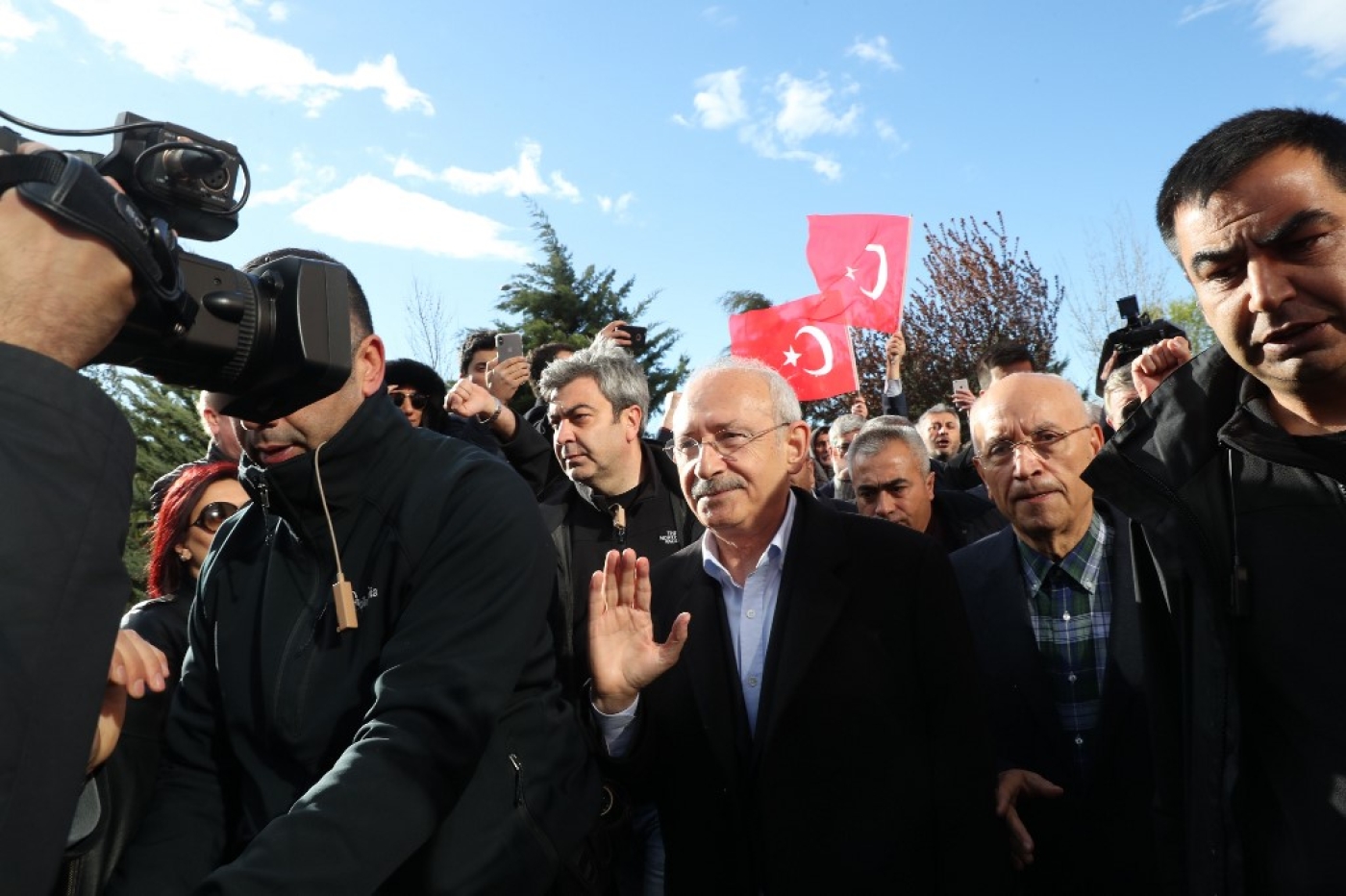 Kilicdaroglu, the chairman of the Republican People's Party (CHP), was attacked on Sunday in a crowd as he attended a soldier's funeral in Ankara who died while fighting Kurdish militants in the country's southeast.

The shock election win was seen as a major setback for the AKP after a decade and a half in power.

A video of Sunday's attack showed the CHP leader being mobbed and punched, then chanting crowds surrounded a house where he was taken for his protection. The images went viral on social media.

CHP leaders blamed Erdogan's AKP for provoking the attack and demanded those detained be held accountable. They called for the interior minister to resign over the incident.

The crowds waved banners reading: "Are you so scared by the CHP's success?" in reference to the AKP's loss of Istanbul and Ankara.

During campaigning for the local polls, Erdogan often accused Kilicdaroglu and the CHP of backing the outlawed Kurdistan Workers' Party (PKK) and showed videos of the opposition leader at his rallies.

Kilicdaroglu was not badly injured in the assault.

The chief suspect in Sunday's attack, identified only by his initials O.S., was arrested in Sivrihisar in central Anatolia and was being taken to Ankara, private NTV television reported.

The AKP later identified him as Osman Sarigun and said he was a party member who would face expulsion.

"The incident is being investigated thoroughly," Erdogan wrote on Twitter. "We are against any form of violence and terror. We can never allow anyone to harm peace in Turkey."

Eight other people were also detained, officials said, but three of them were later released, a CHP official confirmed.

Speaking to AFP, the CHP's Kaftancioglu welcomed the party's expulsion of the suspect but said the problem was about the polarisation of Turkish society.

"The situation will not change with one person's dismissal unless the mentality encouraging attackers by polarising society changes," she said.

The AKP has won every election since coming to power 17 years ago, but voters appeared to punish the party in major cities in this ballot as the economy slid into recession after a currency crisis last year.

Electoral authorities have given the CHP candidates their mandates for the Istanbul and Ankara mayor posts, but Erdogan's AKP is seeking a rerun of the Istanbul vote, citing irregularities.

The CHP's Ekrem Imamoglu won the Istanbul race by a very tight margin after two weeks of recounts.