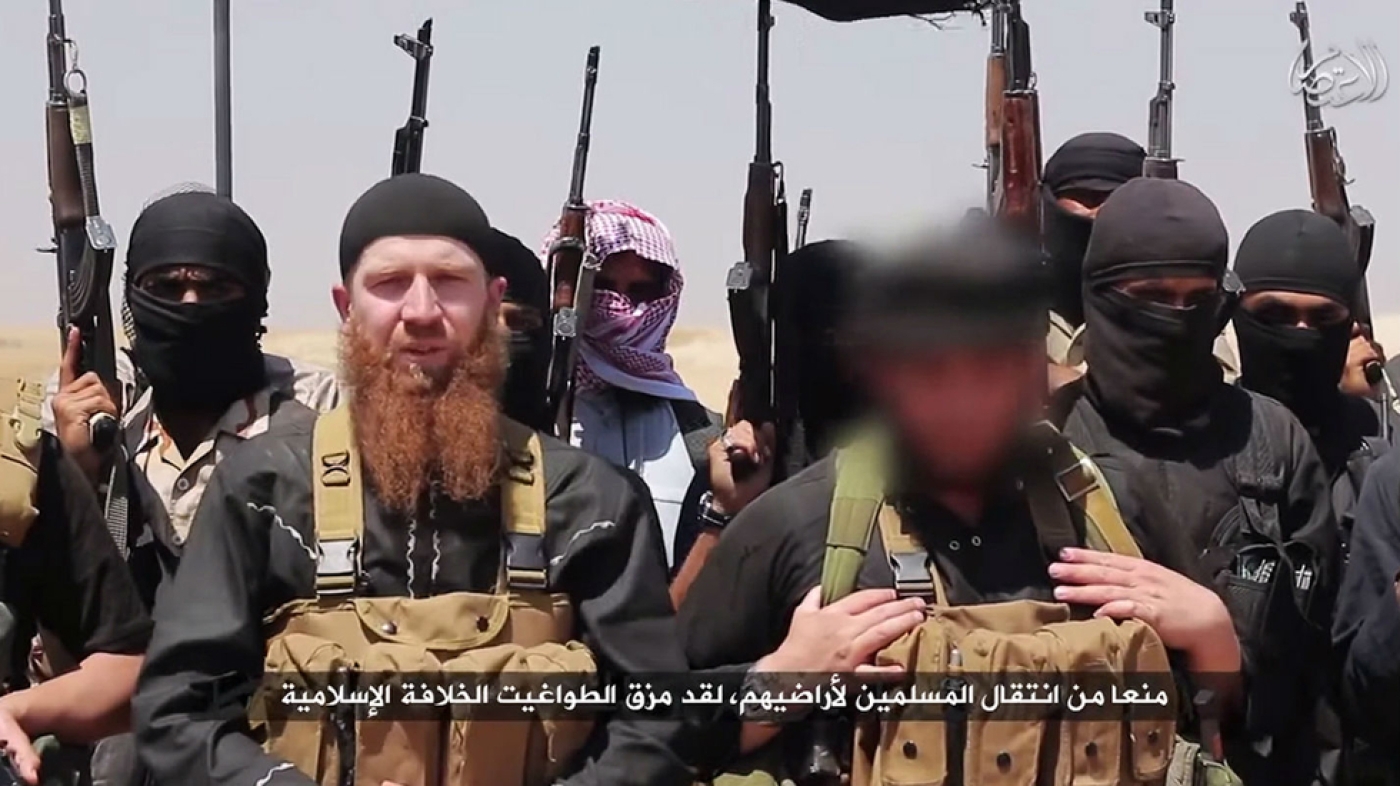 Turkish authorities have detained the wife of Abu Omar al-Shishani, a senior Islamic State group (IS) commander killed in combat two years ago, in an operation in Istanbul this month, police have said.

Dubbed IS's "war minister" and a close adviser to the group's leader, Abu Bakr al-Baghdadi, the Georgian Shishani was killed in action in the Iraq district of Shirqat, south of Mosul, in July 2016.

His wife was one of five people detained in simultaneous raids across Istanbul on the night of 4 July that targeted people believed to have connections with conflict zones and actively seeking to carry out attacks, police said in a statement late on Thursday.

The woman's identity as Sishani's wife was only discovered following several days of questioning, after her passport was determined to be fake, police said. They identified her only by the initials SD.

She was formally arrested by an Istanbul court on 17 July and jailed. SD had two sons with Shishani, police said, although the whereabouts of the children was unclear.

Born in 1986 in Georgia, then still part of the Soviet Union, Shishani, whose birth name was Tarkhan Batirashvili, once fought with Chechen fighters against the Russian military in the Caucasus province.

He then joined independent Georgia's military in 2006 and fought in its brief war with Russia two years later before receiving a medical discharge, according to US officials.

He was arrested in 2010 for weapons possession and spent more than a year in jail, before leaving Georgia in 2012 for Istanbul and later Syria.

He decided to join IS the following year and pledged his allegiance to Baghdadi. Prior to his death, he had ranked among the US's most wanted fighters under an American programme that offered up to $5m for information to help remove him from the battlefield.

Known as "the Chechen," Shishani was one of only a few IS leaders with a professional military background and had several hundred fighters, mostly from former Soviet republics, under his command when he had come to prominence in a 2013 battle against Syrian President Bashar al-Assad's forces in northern Syria.

Separately, a Turkish court rejected on Friday an Australian request to extradite a citizen it believes is a top recruiter for the Islamic State, Australia's foreign minister said on Friday, in a setback for Canberra's efforts to prosecute him at home.

Authorities say Melbourne-born Neil Prakash has been linked to several Australia-based attack plans and has appeared in IS videos and magazines.

Australia has alleged that he actively recruited Australian men, women and children and encouraged acts of violence.

"We are disappointed that the Kilis Criminal Court in Turkey has rejected the request to extradite Neil Prakash to Australia," Foreign Minister Julie Bishop said in a statement.

"We will continue to engage with Turkish authorities as they consider whether to appeal the extradition decision."

Australia had been pressing Turkey to extradite Prakash since he was first detained there nearly two years ago.

Australia's Daily Telegraph newspaper reported from Kilis that Prakash was initially ordered to be freed but was later charged under Turkish law with being an IS member.

A spokesman at Turkey's foreign ministry in Istanbul had no immediate comment and the Turkish embassy in Australia did not respond immediately to a request for comment.

Ties between Turkey and its allies fighting IS, particularly the US, have been frayed by Washington's support for Syrian Kurdish YPG fighters, which Ankara regards as a terrorist group.

Canberra announced financial sanctions against Prakash in 2015, including anyone giving him financial assistance, with punishment of up to 10 years in jail.

The Australian government wrongly reported in 2016 based on US intelligence that Prakash had been killed in an air strike in Mosul, Iraq. It later confirmed that Prakash was detained in Turkey.

Australia raised its national terror threat level to "high" for the first time in 2015, citing the likelihood of attacks by Australians radicalised in Iraq or Syria.

A staunch ally of the US and its actions against IS in Syria and Iraq, Australia believes more than 100 of its citizens were fighting in the region.