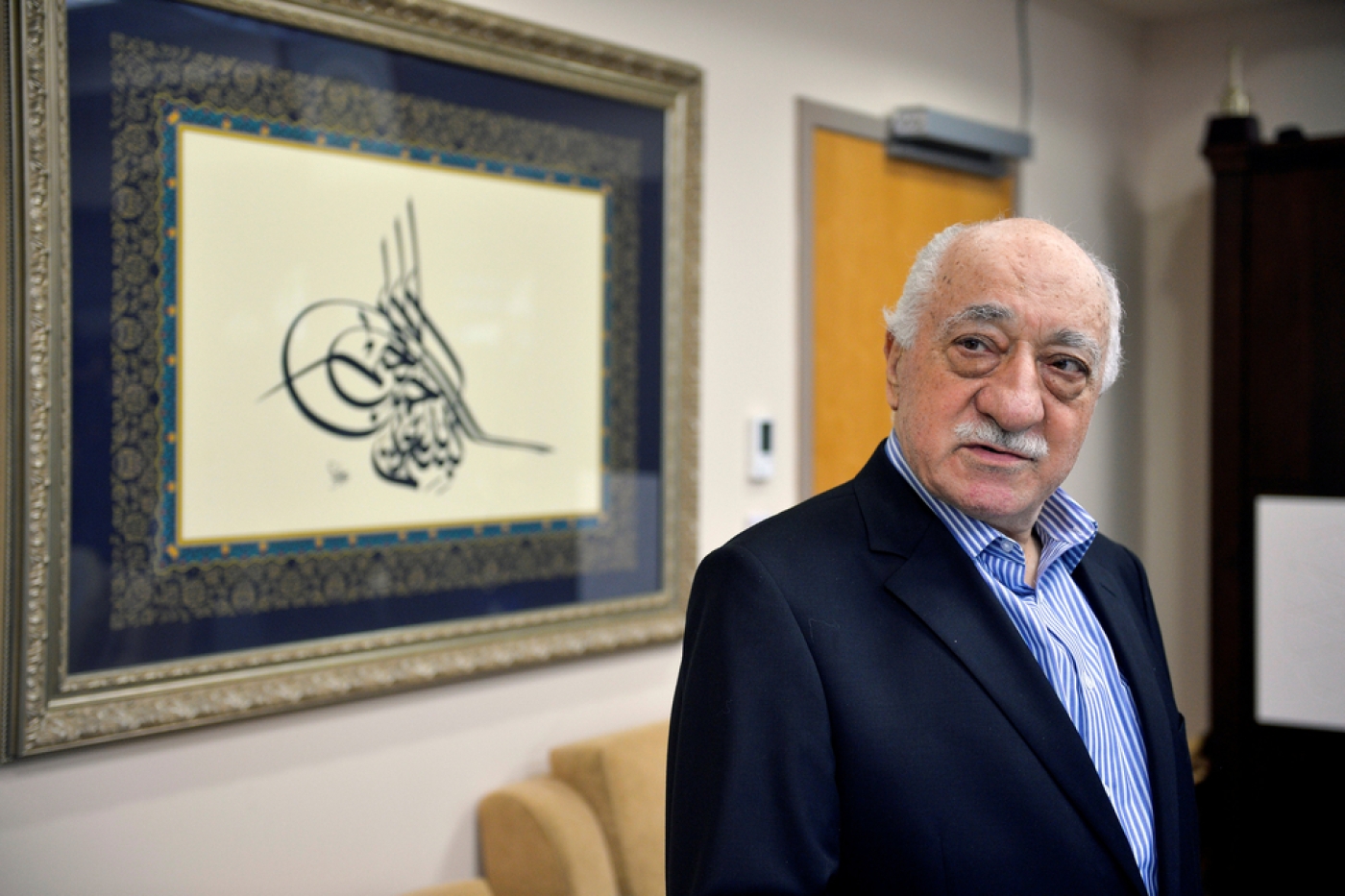 Gulen denies he was part of conspiracy (Reuters)
By
Suraj Sharma

ISTANBUL, Turkey – A Turkish court issued an arrest warrant for Fethullah Gulen, accusing him of ordering the coup attempt of 15 July and attempting to assassinate the president.

The move on Thursday is the first official step against the US-based Turkish preacher, legally implicating him as suspected of involvment in the coup.

Gulen is accused by Turkish authorities of masterminding the botched coup and of seeking to topple Turkey’s constitutionally legitimate system. He denies the charges.

Durmus Karacali, a judge at an Istanbul court, issued the warrant against Gulen, the Turkish newspaper Hurriyet reported.

Can Tuncay, a prosecutor from the anti-terrorism and organised crime bureau of the prosecutor’s office, filed the initial request for a warrant.

It states that Gulen is wanted for multiple reasons, ranging from “seeking to topple the government of the Republic of Turkey or preventing it from operating” to “attempting to assassinate the president” to “premeditated murder of public officials carrying out their duties”.

Turkey's president, Recep Tayyip Erdogan, has been at the forefront of accusing Gulen and his movement of seeking to topple his government and kill top-level officials, including himself.

Speaking at the presidential palace earlier on Thursday, he promised to cut off revenues of businesses linked to Gulen, describing his schools, businesses and charities as "nests of terrorism".

Turkey has also sent delegations to both the United States and Europe to explain the dangers posed by the Gulen movement and to provide details of the coup attempt on 15 July.

Speaking at an event held at the directorate of religious affairs on Wednesday, Erdogan was at pains to point out that Gulen’s movement had nothing to do with Islam and was a stain on the name of the Muslim faith.

At the same event, he also said it was imperative for the country to remain vigilant and chase down Gulen followers.

“Anyone who still sympathises with Gulen is responsible for their own fate now," he said.

"How are we supposed to believe those who say they were deceived and now repent their association? We can't.

"They say a statement is what we should take as the basis. Sorry, we will not let our guard down."

Some observers have pointed out that the warrant against Gulen might also be a move to ensure that all aspects of the extradition treaty between Turkey and the United States are adhered to.

Turkey and the US are bound by an extradition treaty, and the two countries must satisfy a series of legal procedures and meet evidential standards before any official extradition request is granted.

Although this is the first legal action against Gulen in regard to the attempted coup, it is not the only warrant he has against his name.

On 22 August 2000, the now defunct Ankara State Security Court issued an arrest warrant against Gulen and a trial in absentia began. Gulen was accused of “attempting to form an illegal organisation to create a state with a religious-law based system that would replace the secular state.”

That case and all charges against Gulen were dropped in March 2007. In June 2008, the appeals court unanimously approved the decision to acquit Gulen of all charges.

Gulen had another arrest warrant issued against him on 20 October 2015 for his alleged role in a corruption probe of 25 December 2013. Gulen was charged with forming a parallel state.

Gulen and the Erdogan-led Justice and Development Party were staunch allies until 2013, when they turned on each other after alleged Gulen followers in the judiciary and police launched a corruption probe against Erdogan’s inner circle.