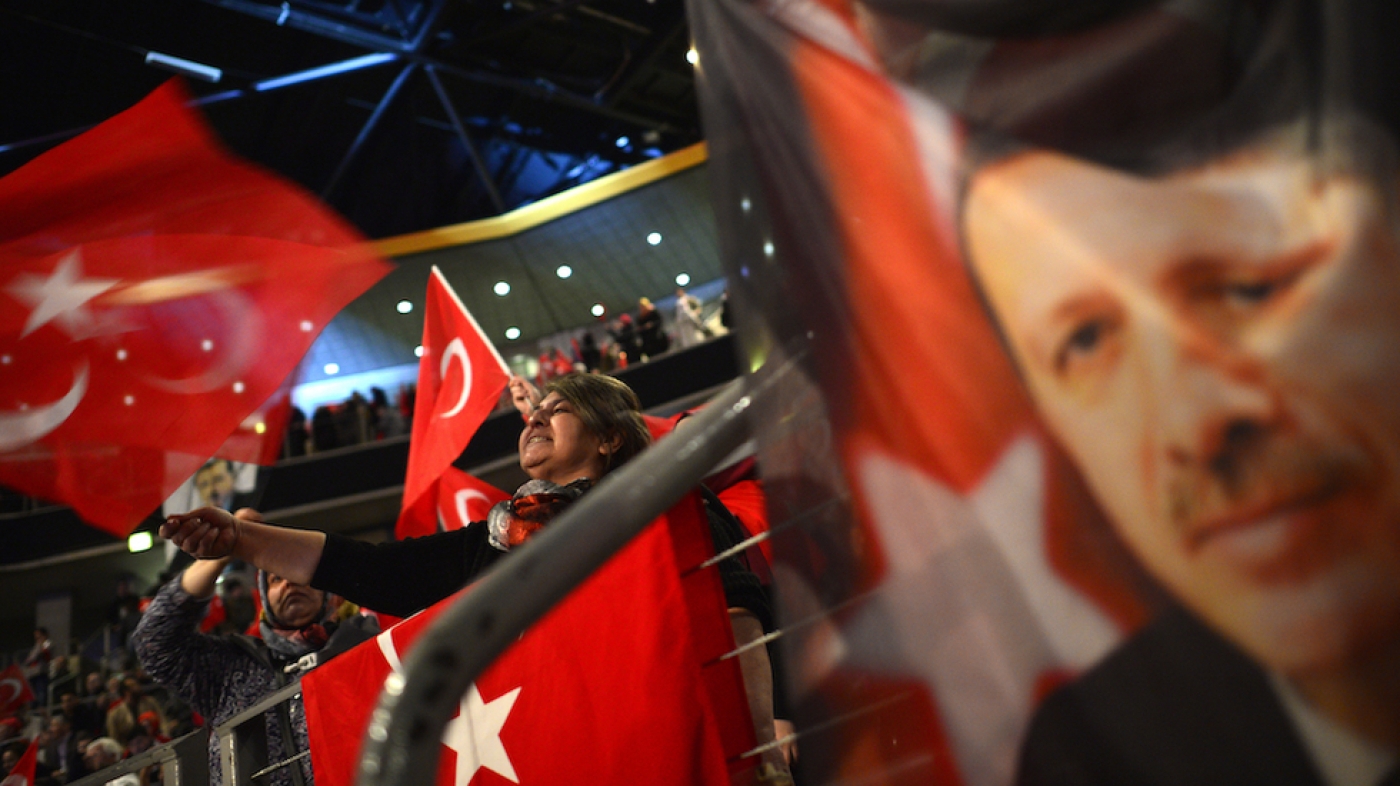 Turkish flags are waved during an 18 February 18 referendum rally in Oberhausen, Germany (AFP)
By
Alex MacDonald

An EU parliamentary organisation has warned that the "democratic legitimacy" of the upcoming constitutional referendum in Turkey is in question as relations continue to deteriorate between the country and its European neighbours.

The EU Turkey Civic Commission (EUTCC), an organisation formed in 2004 to "contribute to the progress of Turkish membership of the EU" said that it had been informed by Turkish parliamentarians that their ability to campaign for the "No" vote in the referendum had been undermined by the central government.

"This situation, combined with the repression of opposition media, means that the conditions for a free and fair plebiscite on proposed constitutional reforms simply do not hold, and therefore casts serious doubt about the democratic legitimacy of the outcome of the referendum," read the report.

The report said that a delegation of MEPs, members of the Parliamentary Assembly of the Council of Europe, trade unionists and Kurdish rights activists had met members of the pro-Kurdish Peoples Democracy Party (HDP), on a fact-finding mission in the run-up to the referendum on granting expanded powers to Turkey's president, Recep Tayyip Erdogan.

The delegation also met lawyers, trade unionists and other activists, it said, and "attended the unlawful, politicised trial of an HDP MP from Diyarbakir, Ms Gaglar Demirel.

"It toured Diyarbakir meeting with many people who gave testimonies about their experiences in the past year and a half, including military assaults, blanket curfews, countless infringements of civil rights, and human rights atrocities."

Following a failed coup in July, the government has launched a large-scale crackdown, arresting, dismissing and sacking over 100,000 people suspected of having links to coup-plotters and those accused of links to Kurdish militants.

HDP co-chairs Selahattin Demirtas and Figen Yuksekdag have been imprisoned since November, facing accusations of links to the Kurdistan Workers' Party (PKK).

At least 11 HDP MPs are currently in prison, largely based on accusations of links to the PKK.

The EUTCC said that it had made requests to meet both Demirtas and the imprisoned leader of the PKK, Abdullah Ocalan, in their prison cells, but were refused access.

"The cruel witch-hunt of and cooked-up charges against the representatives of the country’s third-largest political party is disturbing enough," read the report.

"But the extent of state violations is even greater still; for it includes cruel and unusual treatment towards HDP deputies while in custody. "

A report released in March from the United Nations' human rights office claimed that more than 2,000 had been killed in fighting between Turkish state and Kurdish militants in the country's southeast. Towns and cities have been reduced to rubble and as many as half a million Kurds have been displaced.

Tensions have risen between Turkey and the EU in recent weeks over attempts by Turkish politicians to campaign in Europe for the "Yes" vote in the referendum, aimed at winning over members of the Turkish diaspora.

Germany angrily warned Turkey on Sunday that President Recep Tayyip Erdogan had gone too far after he accused Chancellor Angela Merkel of using "Nazi measures" in an escalating diplomatic feud.

Turkey and the European Union are locked in an explosive crisis that threatens to jeopardise Ankara's bid to join the bloc, as tensions rise ahead of the April referendum on expanding Erdogan's powers.

The EUTCC report was also critical of the role of the EU and the Council of Europe in the current political events in Turkey.

While citing the EU's role in promoting reform within Turkey in the 1990s and 2000s, they warned that with the "carrot of accession" no longer a plausible reality the EU was not "capable of exercising such liberalising leverage over the Turkish authorities".

"In fact, in the so-called 'refugee crisis', the tables have been turned," it said.

"The balance of leverage has effectively been reversed. Now the Erdogan government gets rewarded by the EU, even as it suppresses freedom of expression, even as it pummels the Kurds."

Turkey signed the refugee deal in March 2016 with the EU, which helped stem the massive influx of migrants and refugees, especially from Syria, Iraq and Afghanistan. 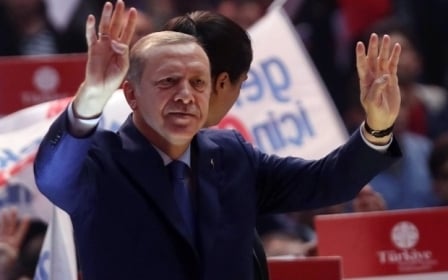 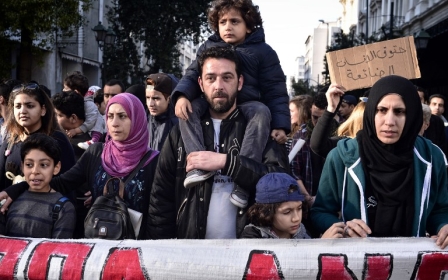 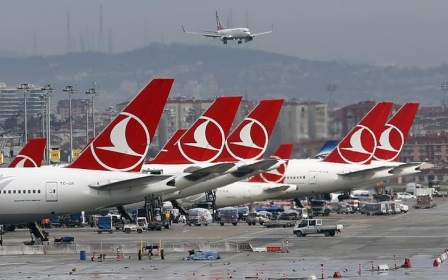