Eight civilians were killed in missile strikes on Afrin, while a Syrian refugee was killed in rocket fire on a Turkish town near the Syrian border Turkish ground forces pushed into northern Syria's Afrin province on Sunday, Ankara said after launching artillery and air strikes on a US-backed Kurdish militia it aims to sweep from its border.

The Syrian-Kurdish YPG militia, supported by the United States but seen as a terrorist organisation by Turkey, said it had repulsed the Turkish forces and their allies after fierce clashes.

Casualities on both sides were reported on Sunday with Turkish air raids killing eight civilians in Afrin, according to a war monitor and a spokesman for the Kurdish forces that control the area.

According to the Britain-based Syrian Observatory for Human Rights, the dead, who included at least one child, were killed in air strikes on the village of Jalbara.

"Eight civilians were killed in missile strikes on a chicken farm where they were living," said Birusk Hasakeh, a spokesman for the Kurdish People's Protection Units (YPG) in Afrin, blaming Turkish warplanes.

In pictures sent by Hasakeh to AFP, Kurdish Red Crescent rescuers could be seen retrieving bloodied bodies from a collapsed concrete structure and laying them on stretchers.

On Saturday, Hasakeh told AFP that Turkish bombardment had killed 10 people, including seven civilians, but Turkish Foreign Minister Mevlut Cavusoglu said on Sunday that claims of civilian casualties from the offensive were untrue.

"As always, the PYD/YPG terrorists continue to deceive the world with nonsense propaganda and baseless lies by showing neutralised terrorists as civilians," he wrote on Twitter, referring to the Kurdish Democratic Union Party (PYD) and its armed wing, the YPG, fighting in Syria.

"They use civilians as human shields. Our target is neither our Kurdish brothers nor Syrians. We are only after terrorists."

The Turkish army says it is doing everything possible to prevent civilian casualties.

"In the planning and execution of the operation only terrorists and their shelters, positions and weapons are being targeted," the army has said.

Earlier on Sunday, a rocket fire on a Turkish town close to the Syrian border reportedly killing one Syrian refugee and wounding 32 others, a local official said.

Two of those hurt were badly injured, Huseyin Sanverdi, the mayor of Reyhanli, a small town in Hatay province on the Syrian border, told NTV television. Earlier, several rockets hit the Turkish border town of Kilis.

Turkish President Recep Tayyip Erdogan had declared on Sunday morning that his forces would crush the YPG militia, as the fighting marked the second day of Turkey's new front in the nearly seven-year-old Syrian civil war.

Speaking to a congress of his ruling Justice and Development Party (AKP) in the northwestern city of Bursa, Erdogan also accused some of Turkey's allies of providing 2,000 plane shipments and 5,000 truckloads of weapons to the YPG.

Yildirim told media representatives in Istanbul that there were 8,000 to 10,000 militants in Afrin and that Turkey was resolute in its determination to cleanse all militant presence from the area.

He also said the operation planned to create a safe zone that would extend 30km into Syria's Afrin region.

Under what the Turkish government has dubbed as "Operation Olive Branch," Turkish air strikes on Saturday pounded YPG positions in Afrin province.

The military said it had hit 153 targets so far, including shelters and hideouts used by Kurdish militants. The YPG has said Turkey's strikes killed six civilians and three of its fighters and wounded 13 civilians.

The YPG accused Turkey of striking civilian districts and a camp for the displaced in Afrin.

A British aid worker in the Syrian town of Atmeh, southwest of Afrin and close to the Turkish border, told Middle East Eye that she continued to hear the boom of mortar shells fired into the area.

"The shelling hasn't stopped and has kept on going for the last three days," the aid worker told MEE.

"Children are unable to sleep, and many Syrians are afraid of what the future will hold for them."

President Erdogan's spokesman Ibrahim Kalin said on Twitter: "In its second day, Olive Branch Operation continues to ensure peace and security for our people, protect Syria's territorial integrity and eliminate all terrorist elements in the region.

"Turkey expects its allies to support its fight against terrorism in all of its forms."

The intense bombardment continued on the region's Balia and Topal villages, the YPG said.

"Our people are holding on to their land and do not accept surrender ... we repeat our determination to protect our people in Afrin against the attacks," the YPG said overnight.

The operation pits Turkey against Kurdish fighters allied to the United States at a time when ties between Ankara and Washington - NATO allies and members of the coalition against Islamic State - appear close to a breaking point.

Turkey sees the YPG as an extension of the outlawed Kurdistan Workers' Party (PKK), which has carried out a three-decade insurgency in Turkey's mainly Kurdish southeast.

The United States is backing the YPG in Syria, seeing it as an effective partner in the fight against Islamic State.

While Ankara ruled out the risk of a clash with American forces in its operation in Syria, saying there were no US troops in the area where the campaign was taking place, the campaign risks further increasing tensions with Turkey's NATO ally the United States.

"US officials declared that there has been no American military or American soldiers in the region," Turkish Deputy Prime Minister Bekir Bozdag told reporters in Istanbul.

"It is out of the question to have a direct clash between Turkey and the US in the region," he added.

There was no immediate comment from the United States on the offensive but ahead of its launch a senior State Department official had raised concerns it risked being harmful for security in the region.

Additional reporting from Areeb Ullah in London and Suraj Sharma in Istanbul. 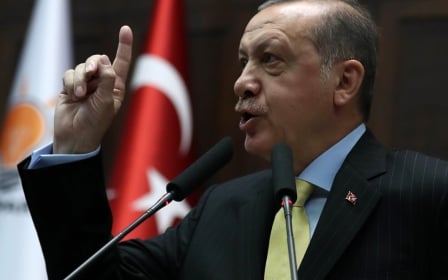 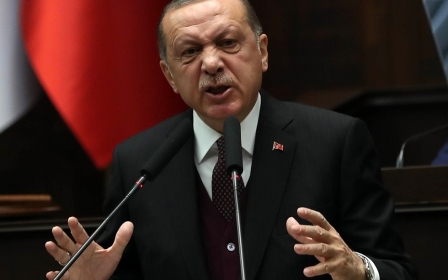