The lira has plunged to record lows against the dollar. Turks are trying to see the funny side 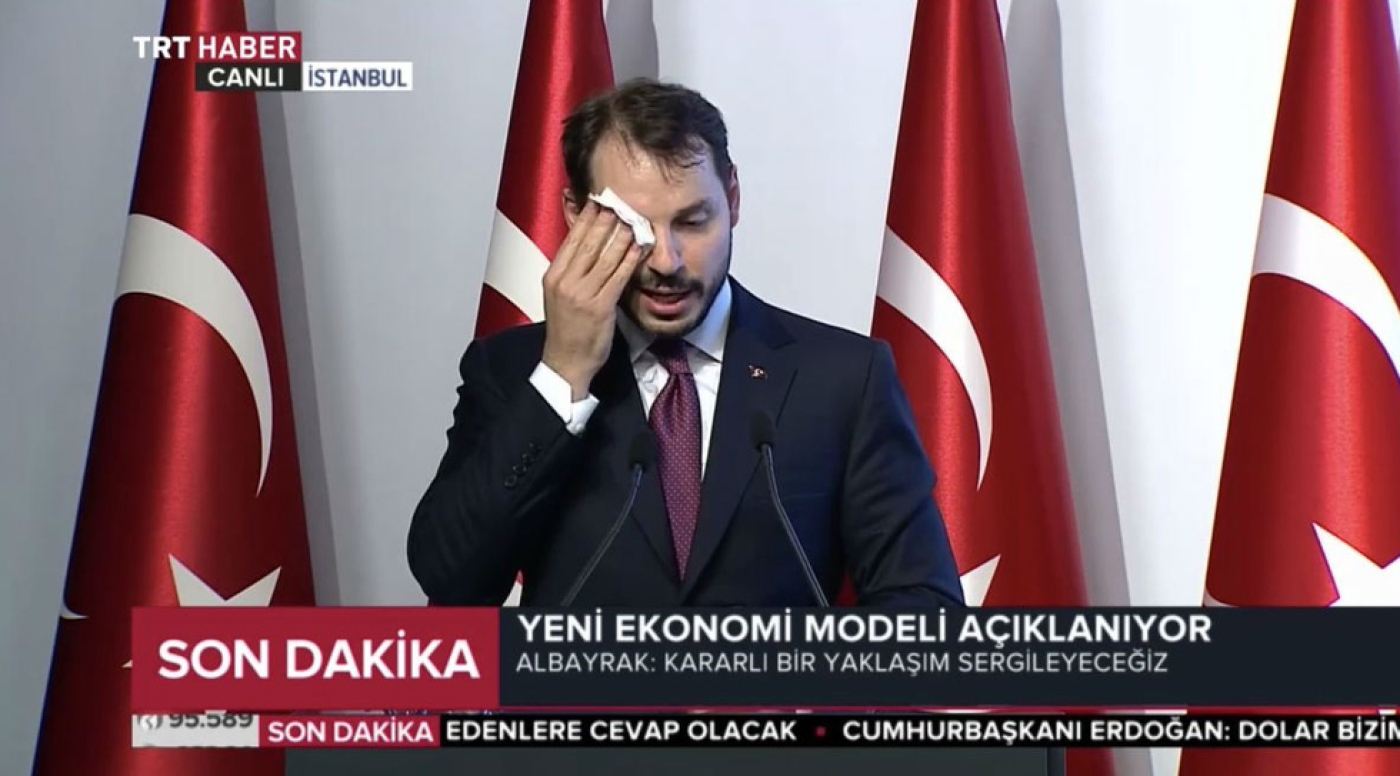 The Turkish lira has hit record lows, with one US dollar now worth more than six lira. Ankara and Washington have been at loggerheads over the detention of American pastor Andrew Brunson on terrorism charges, with US sanctions imposed in return.

Discussions held on Tuesday between diplomats from the two countries appear to have resolved nothing, leaving Turkey's currency in turmoil.

On Twitter, Turks have indulged in a little gallows humour. It began yesterday and continued this morning:

Translation: I wish I had collected dollars instead of good friends.

Translation: I will call 155 [the police] and get you arrested! How dare you say dollar is 6.3 liras?

Anyone got dollars under their pillows? Gold?

On Friday afternoon, Turkish President Recep Tayyip Erdogan spoke at a rally in the northeastern city of Bayburt. "The dollar cannot block our path," he said. "Don't worry. However, I say it once again from here. If there is anyone who has dollars or gold under their pillows, they should go exchange it for liras at our banks. This is a national, domestic battle."

Turks immediately reacted to these comments, reminding the president of his earlier comments on the economy: "Don't forget, if they have their dollars, we have our people, our God. We are working hard."

Translation: They have dollars, we have God. But our God is losing value against their dollar.

Cashier: How will you pay?

Translation: The citizen who changed 100 thousand dollars to lira when Erdogan told us to do so an hour ago, has already lost 70 thousand Turkish liras.

Finally, Berat Albayrak, Erdogan's son-in-law and the country's new finance and treasury minister, gave a speech to announce medium-term plans for the Turkish economy. Sweating profusely, he said: "I refrain from talking about the Central Bank as much as I can and when I have to speak, I use a sensitive language. The Central Bank's independence should always continue as a principle."

Albayrak also said steps to reduce the current account deficit would be taken and that Turkey would emerge stronger from this period.

The minister's sweating began to trend:

Translation: Apparently he is watching the plunge of lira as he speaks, and as he speaks he sweats.

Translation: What did he say as he was struggling to speak all in a sweat? 'This speech is very important, look it's really important, I am talking about some important stuff here.'

To sum up that catastrophe: