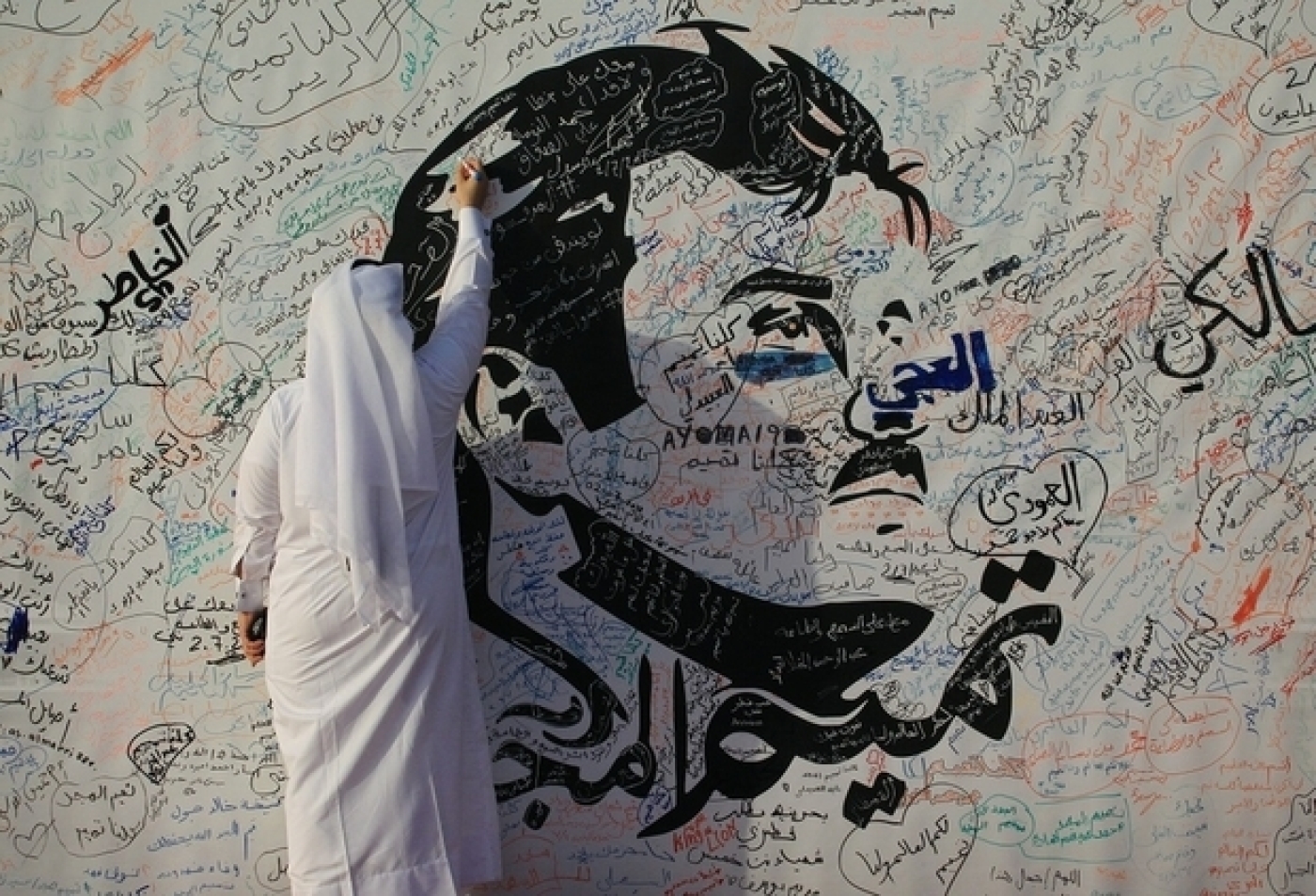 A man writes on a mural in support of Qatar's emir, Tamim, in Doha (Reuters)
By
Nadine Dahan

An adviser to Saudi Arabia's royal court has asked social media users to tweet the names of anyone who has been supportive of Qatar, under the hashtag, #TheBlacklist.

Saud al-Qahtani said that anyone whose name was suggested to be included on the blacklist would be followed, "from now".

Translation: Saudi Arabia and its allies, when they say they will do something they do it. And that is a promise. Put any names you think should be added to #TheBlacklist on the hashtag. And it will be sorted. And they will be followed from now.

After launching the hashtag, Qahtani assured his followers that "every name" would be looked into.

Translation: The official hashtag #TheBlacklist. Every name on it will be looked into, as well as those names monitored by states.

Qatar has been accused of supporting terrorism, which the nation vehemently denies, and has also been criticised for its alleged support for Iran and the Muslim Brotherhood.

Qahtani also tweeted that anyone who "conspires" against the Saudi-led quartet, all of which have cut diplomatic ties with Qatar, would be unable to escape trial.

Translation: #TheBlacklist : No one who has conspired against the boycotting countries will escape trial, even if they say they were forced. And no one with a fake name will escape, from now.

Translation: Brother Saud al-Qahtani is an important voice in the Qatar crisis, and following him is imperative, and the sell-outs try but will not succeed in attacking him, and his tweet about the 'blacklist' is extremely important.

Gargash added that the blacklist tweets "open the eyes to those who were tempted by money and sold out their countries".

Twitter users, however, didn’t all warm to the idea, with many mocking the suggestion for such a hashtag.

While others suggesting putting Qahtani himself on the list.

And others said they would be honoured to be on such a list, and wanted to be added to what they said looked like "good company".

Translation: #TheBlacklist. Enough, add me to it. Looks like great company.