Twin assaults see IS territory crumbling in Iraq and Syria Islamic State's self-proclaimed caliphate was all but reduced on Friday to one major town on the Syrian side of the Iraq border, where thousands of fighters were believed to be holding out after losing nearly all other territory in both countries.

The simultaneous assaults on Deir Ezzor in eastern Syria and Al-Qaim in western Iraq dealt fresh blows to IS in its former heartland, leaving Albu Kamal, on the Syrian side of the border, the last town of note under its full control.

The Syrian army annoucned the full recapture of Deir Ezzor early on Friday, and later in the day Iraqi Prime Minister Haider al-Abadi announced the capture of the biggest town under Islamic State control in Iraq.

Abadi hailed the "liberation of Al-Qaim in record time" in a statement, just hours after Iraqi troops backed up by local Sunni tribal militia fighters entered the key town on the border with Syria.

The fall of Al-Qaim leaves IS fighters in Iraq holding just the smaller neighbouring town of Rawa and surrounding pockets of barren desert along the Euphrates river.

The extremist group that once laid claim to a self-styled "caliphate" spanning swathes of Syria and Iraq has seen its proto-state crumble in recent months under the pressure of multiple offensives.

A US-led international coalition which has been bombing IS and supporting ground allies on both sides of the frontier said the militant group now has a few thousand fighters left, mainly holed up at the border in Iraq's Al-Qaim and its sister town of Albu Kamal on the Syrian side.

"We do expect them now to try to flee, but we are cognisant of that and will do all we can to annihilate IS leaders," spokesman US Colonel Ryan Dillon said.

But both the Iraqi and Syrian governments and their international backers say they worry that the fighters will still be able to mount guerrilla attacks once they no longer have territory to defend.

"As IS continues to be hunted into these smallest areas... we see them fleeing into the desert and hiding there in an attempt to devolve back into an insurgent terrorist group," said Dillon.

"The idea of IS and the virtual caliphate, that will not be defeated in the near term. There is still going to be an IS threat."

#Syria state TV says Deir Ezzor city has been completely retaken from IS, reporter dramatically removes body armor on TV as he reports it.

In October, IS lost its one-time de facto Syrian capital Raqqa after an assault of more than four months waged by the US-backed Syrian Democratic Forces, a Kurdish-Arab alliance.

On Friday, Syria's army announced that its Russian-backed assault had recaptured all of Deir Ezzor city, in the oil-rich east of the country, while Iraqi forces captured the Husaybah border post on the edge of Al-Qaim.

"The army forces... restored security and stability to all of Deir Ezzor city," a spokesman for the army command said in a statement broadcast live on state television.

"Deir Ezzor represents the final phase in the complete elimination of Daesh," the statement added, using the Arabic acronym for the group.

The city "was the headquarters of the organisation's leadership, and in losing it, they lose their capacity to direct terrorist operations", the statement added.

State television said engineering units from the army were combing captured neighbourhoods to clear mines and other explosives.

Syrian forces entered Deir Ezzor city in September, breaking an IS siege of nearly three years on government-held parts of the provincial capital.

The battle has been ferocious, with heavy Russian air strikes and Syrian artillery fire leaving much of the city in ruins.

A reporter contributing to AFP inside the city on Thursday saw entire floors of buildings that had crashed onto those beneath, while on others, facades were completely blown away to reveal empty, destroyed interiors.

Trenches dug by IS fighters were still visible, as were army minesweepers working to locate and defuse explosives laid by the jihadists.

Before Syria's war began in March 2011 with anti-government protests, around 300,000 people lived in the city, the capital of Deir Ezzor province along Syria's eastern border with Iraq.

But in 2014, IS seized the city and much of the surrounding province, including vital oil and gas fields that once served as a key source of revenue for the extremists.

IS has now been driven from most of its strongholds in Deir Ezzor, but it still controls over 35 percent of the province, much of it empty desert.

Its last major position is the town of Albu Kamal, though it also holds a string of smaller towns and villages and at least one oil field, according to the Syrian Observatory for Human Rights monitor.

IS, which at its peak controlled territory roughly the size of Britain, has suffered a string of losses in recent months in both Syria and Iraq.

On 17 October, it lost the city of Raqqa to the US-backed SDF, a highly symbolic blow that illustrated how its "caliphate" has disintegrated.

In Deir Ezzor province, it is under attack by both regime and SDF forces, while across the border in Iraq it now retains a foothold in just a single town, Al-Qaim, after losing its stronghold of Mosul in July and the town of Hawija in October.

Iraq's Joint Operations Command said troops had "regained full control" of the Husaybah border post on the edge of Al-Qaim after launching a push to oust the jihadists.

Government forces launched the operation last week to seize Al-Qaim and its surroundings, a barren pocket of desert along the Euphrates river near the Syrian border.

The US-led coalition has said around 1,500 IS fighters are left in the area, which it expects to be the scene of the "last big fight" against the group in Iraq. 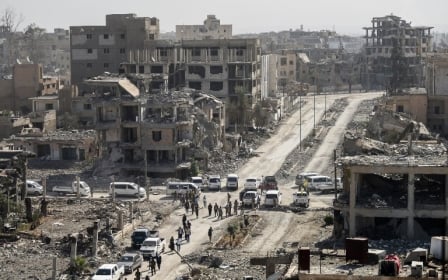 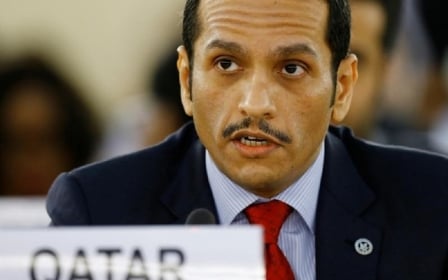